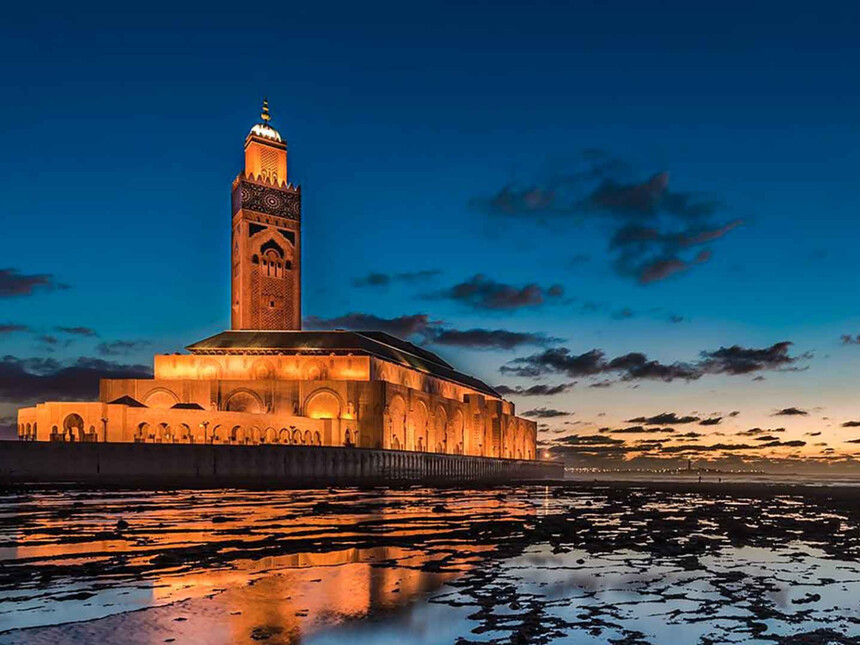 The foundations of Moroccan religious constants are based on the Holy Quran, the Sunnah and the words of the Islamic scholars of the nation, as well as on the efforts of His Majesty King Mohammed VI, Amir Al Mouminine (Commander of the Faithful), aimed at the preservation of religion and the promotion of the religious constants of Muslims.

The Moroccan constants play a vital role in the preservation of national unity and the consecration of religious values in African countries, in addition to the place of religious constants in spiritual elevation and behavioral education at the level of Sufi schools and African societies.

According to the words of the scholars (Ulemas) of the nation (Umma), the religious constants are part of the immunization of the nation and the strengthening of its security, a condition sine qua non of the religion establishment.

The Islamic scholars are the protectors of the constants of the religion, which are considered as an integrated religious system chosen freely by the ancestors in respect of the difference that the scholars have promoted and maintained.

These scholars have the right to come forward to protect the constants through the correct jurisprudential understanding of the texts and their assimilation in such a way as to persuade the younger generations victims of intellectual plunder by the ignorant, the fanatics and the impostors.

The system of Imarat Al Mouminine, (Commander of the Faithful) being the king of Morocco, is based on a social contract where legitimacy comes in return for a commitment by interests. And no current is able to offer a political system as complete as the Commandery of Believers as Moroccans have experienced and still are experiencing to this day.

Commandery of the Believers considers the scholars a fundamental pillar

The system of the Commandery of the Believers (Imarat Al Mouminine), which is more than 1300 years old, has never ceased to honor the Islamic scholars by considering them as a pillar in the edifice of the Islamic nation. All Moroccans remain attached to this system, which oversees the management of their affairs and the preservation of their religion.

The major role and continuous efforts deployed by HM King Mohammed VI in the service of Islam, formed the wish that the Sovereign’s contributions inspire other religious leaders throughout the Islamic world to promote the noble values and instructions of Islam.

The attachment of Moroccans to the institution of Imarat Al Mouminine has been unwavering, since the advent of the Moroccan state to the present day, as their first constant and choice rooted in their history.

The institution of Imarat Al Mouminine, based on allegiance, as evoked in the Koran and the Sunna and by the Achaarite dogma, is at the head of the religious constants of Moroccans, stating that the rules of these constants refer to the choice of Moroccans to conform to the Malikite rite, while the behaviors associated with them are illustrated in Sufism.

The institution of Imarat Al Mouminine constitutes, today in Morocco, the bend and the guarantor of religious constants, in view of the efforts, it provides in the religious field, so as to preserve spiritual stability, social cohabitation and the balance of Moroccan thought.

The Achaarite doctrine, a line of thought reflecting the moderation of the Islamic religion

The Achaarite doctrine constitutes a source and a reference within the Moroccan religious constants, guaranteeing the spiritual security of Morocco and serving as a link between the Kingdom and its African depth. The complementarity and harmony between the two constants, namely the Malekite rite and the Achaarite doctrine, are reflected in particular through the intellectual and religious stability of the Kingdom.

The characteristics of the Achaarite doctrine combine rational methodology with behavioral discipline, believing that this methodology specific to this doctrine influences all the other constants within fiqh and Sufism, as well as other religious sciences such as hadith and exegesis.

The contributions of the Achaarite Ulema are the basis of the religious sciences and their rejection of the confrontation and polarization among the various currents of Islamic thought. In the Moroccan context, which remained sheltered from the conflicts that had marked the Mashreq, the Achaarites did not object to communication and interaction with other doctrinal choices, especially in matters of fiqh and behavior.

This achievement is due to the doctrinal choices of the Achaarites who make the religious text, namely the Holy Quran and the Sunna, the source, the reference and the arbiter of the doctrinal statements, rather than the historical texts or the statements borrowed from other religions or nations, explained the speakers.

The Achaarite doctrine is the right way to guarantee the spiritual security of the individual and protect him against deviations, the participants concluded.

The Malekite doctrine a constant for evolution and prosperity

The Maliki doctrine is found in the Kingdom of Morocco a blessed place of evolution and prosperity, Moroccans accepted and adopted it as a doctrine and renounced others, in the sense that it constitutes one component of their religious identity, of Islamic law (Achaaria), of Sunni Sufism (of Al Junaïd), and of the institution of Imarat Al Mouminine.

Moroccans have remained unfailingly attached to these four constants of the Kingdom which unite them, unite their hearts and guarantee harmony, security and stability for all.

The methodology of the Malekite School by examining the relationship between text and reality, and emphasizing that the profusion and flexibility of the legal principles of the Malekite doctrine have enabled Moroccan jurists to find solutions to different cases and to deal with subjects related to the interests of individuals and public.

The Malekite doctrine has also contributed to the consolidation of the values of moderation, tolerance and openness to others in African societies, where this doctrine prevails. Africans have managed to coexist peacefully in regions where the Maliki doctrine reigns, despite their different ethnicities and the multiplicity of Sufi schools.

The Malekite doctrine had a leading role in the Arabization of several African countries, the Arabic language in the Malekite doctrine is not limited to the function of communication, but rather takes on a devotional dimension through its direct association with religious rites.