Alibaba, Douyin Mall, Pinduoduo: Which Will Win In Chinese E-commerce In 2023 And Beyond? | Jing Daily 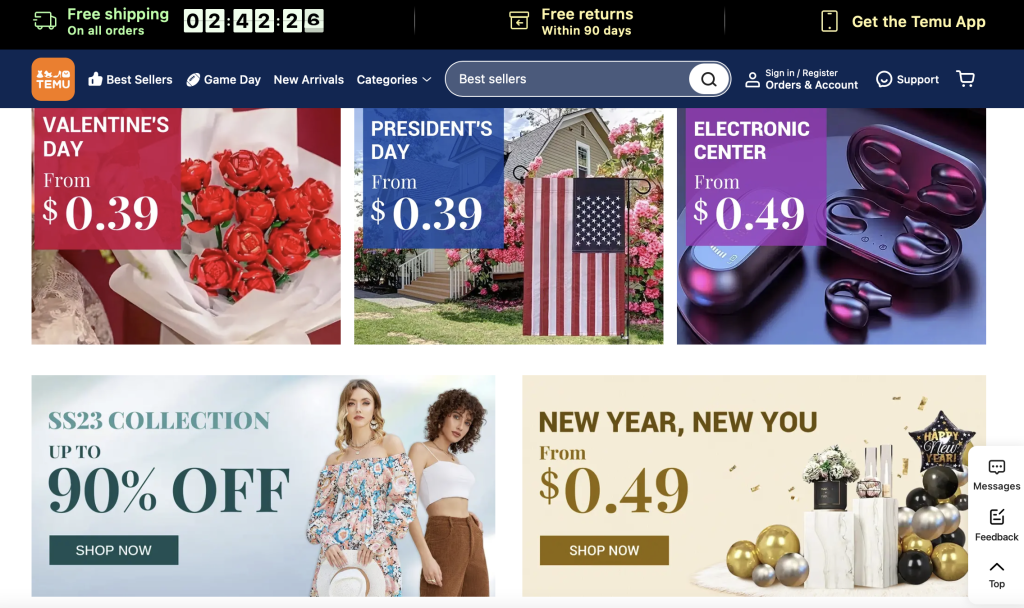 Alibaba, Douyin Mall, Pinduoduo: Which Will Win In Chinese E-commerce In 2023 And Beyond? | Jing Daily

China is the world’s largest e-commerce market. It’s set to reach $3.3 trillion in size by 2025. Last year, group-buying tech platform Pinduoduo explored new territory with its overseas platform Temu. It quickly topped app store rankings and grew to over 5 million installs in the US. Meanwhile, ByteDance plunged deeper into the murky waters of e-commerce with the launch of Douyin Mall.

But with many of these platforms swimming in the same waters, how will these battles unfold in 2023?

The major players: Taobao and Pinduoduo

Alibaba-owned Taobao and Tmall still reign supreme at a combined Gross Merchandise Value (GMV) of $1.38 trillion in 2021. For reference, Taobao and Tmall’s main competitor JD.com’s GMV was at $244 billion. JD’s strengths in fast delivery and high-quality products correspond to an audience that skews slightly more affluent. Taobao is widely popular while Tmall is the premier destination for luxury goods, boasting over 200 high-end brands on its platform.

Alibaba has been, for a long time, the largest e-commerce player. It’s the gold standard. It’s the Beatles: Everyone knows the name and that is a big part of its appeal. It essentially invented modern music (or e-commerce). But even if you know and like the Beatles, you might not listen to them. You prefer something new, better, faster. Taobao and Tmall’s volumes may be high, but its growth rate is dwindling and giving way to new platforms like Pinduoduo or Douyin.

Pinduoduo is the social e-commerce platform that utilizes referrals and group buying to drive sales. In particular, it’s become popular among price-sensitive consumers in tier-3 and tier-4 cities. It has a reputation for lower quality products but that didn’t stop it from skyrocketing in growth. In 2021, the platform’s GMV surged 46 percent to $383 billion, placing it higher than longtime runner-up JD.com. A remarkable feat, having only been founded in 2015.

Douyin, being a relatively new player in the e-commerce space, has not yet reported its GMV. Analysts estimate it to be around $118 billion. That places it at just a fraction of Alibaba’s domestic platforms.

The Chinese e-commerce market is huge. But it’s starting to mature and as a result, customer acquisition costs are increasing. According to analysts, Alibaba’s customer acquisition cost in 2021 was $70 (477 RMB). That’s the highest it’s been in the last four years. For Pinduoduo, it’s $85 (578 RMB) and for JD.com it’s $56 (384 RMB). So the giants have been looking abroad for more action.

Alibaba has always had global in its DNA which gives it a big leg up in its international endeavors. It boasts Alibaba.com for global B2B and its Southeast Asian pride and glory Lazada. On the global B2C side, there is AliExpress.

Founded in 2010, AliExpress reaches around 390 million visitors a month. Then last year, Pinduoduo launched Temu. Both platforms bank on their mother companies to provide them with a strong supply-chain and valuable connections to Chinese sellers who can provide extremely competitive offerings.

Aliexpress and Pinduoduo are sometimes compared to Chinese fast fashion label Shein, but the approaches are different. Shein is more like H&M, adopting a contract manufacturing model and producing clothes under its own label. Temu and AliExpress are like Amazon. They’re active across a wide array of product categories. Their core competence is connecting Chinese sellers to oversea audiences.

Temu’s tactics echo those of Pinduoduo in China. The platform’s loss leader strategy entails giving out heavy discounts or “credits” to users who share referrals to friends and family. Pinduoduo was deeply unprofitable until 2021, and has since turned a profit. One Temu user noted she already received up to $200 of free goods from the site.

But both AliExpress and Temu’s products are seen as low quality. More like a digital dollar store than a worthy competitor to Amazon. Barring a rebrand and more investment, it might be too late for AliExpress, but Temu could still adjust if it has the ambition to do so.

Temu, which was launched by Pinduoduo in 2022, is known for its cheap prices. Photo: Screenshot

Platforms like Douyin and Xiaohongshu are considered “content e-commerce.” They place content at the center — with e-commerce as a side dish. Engaging and entertaining users is the priority, and giving them opportunities to purchase products is a secondary focus. Traditional e-commerce platforms like Taobao and Tmall focus on showing and buying products. That’s been changing, with Taobao’s increasing emphasis on content and the launch of Douyin Mall. Each platform wants more of what the other has.

The divide becomes clearer when looking at the type of purchases that are bought. Douyin seems to be mostly used for  “impulse shopping.” Products tend to be more affordable. Alibaba’s main advantage is that people usually go to its platforms with a purchase intention in mind, increasing sales conversion. It’s reported that the penetration rate of product ads on Douyin exceeded 15 percent at one point. A continuation of that might have increased sales in the short term but would have impacted the user experience in the long term.

Enter Douyin Mall, which adds another level of product discovery to the platform. Instead of discovery through short videos, users can now directly search for products to buy, putting the platform in direct competition with Taobao. Search poses an entirely new challenge, however. Price comparison might drive prices further down. Quality comparison would require Douyin to implement new ways to build trust with its consumer base. Right now, Douyin’s underlying trust system comes from the user’s trust in the livestreamer or content creator, rather than the platform itself. 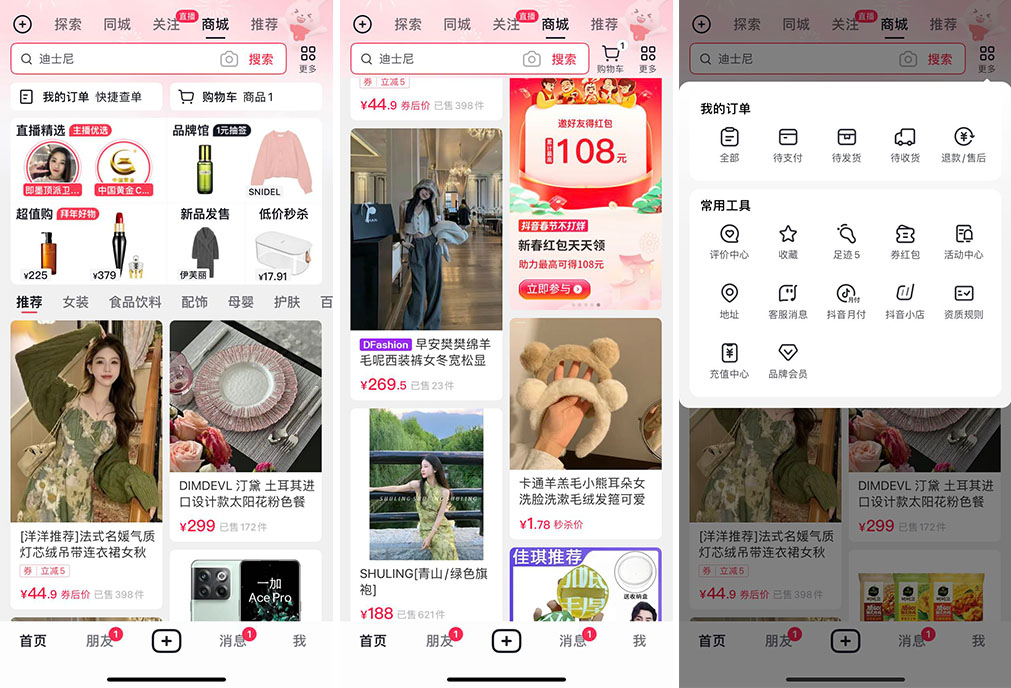 Users can directly search for products on Douyin. Photo: Screenshots

It’s likely that Taobao and Tmall will continue to dominate traditional e-commerce for a while longer. But Douyin and Pinduoduo are coming up quickly. If Douyin can continue to lure big luxury brands like Louis Vuitton, Gucci and Dior with its Douyin Global Choice program, it stands a good chance to grow past Tmall.

For the two giants, the challenge will be to carefully mix traditional models of commerce and content without affecting the user experience. Each platform is entering from the opposite side.

Fear of God ESSENTIALS FW21: Where to Buy & Prices