All Eyes on China: Key Takeaways From the 2022 Luxury Symposium | Jing Daily 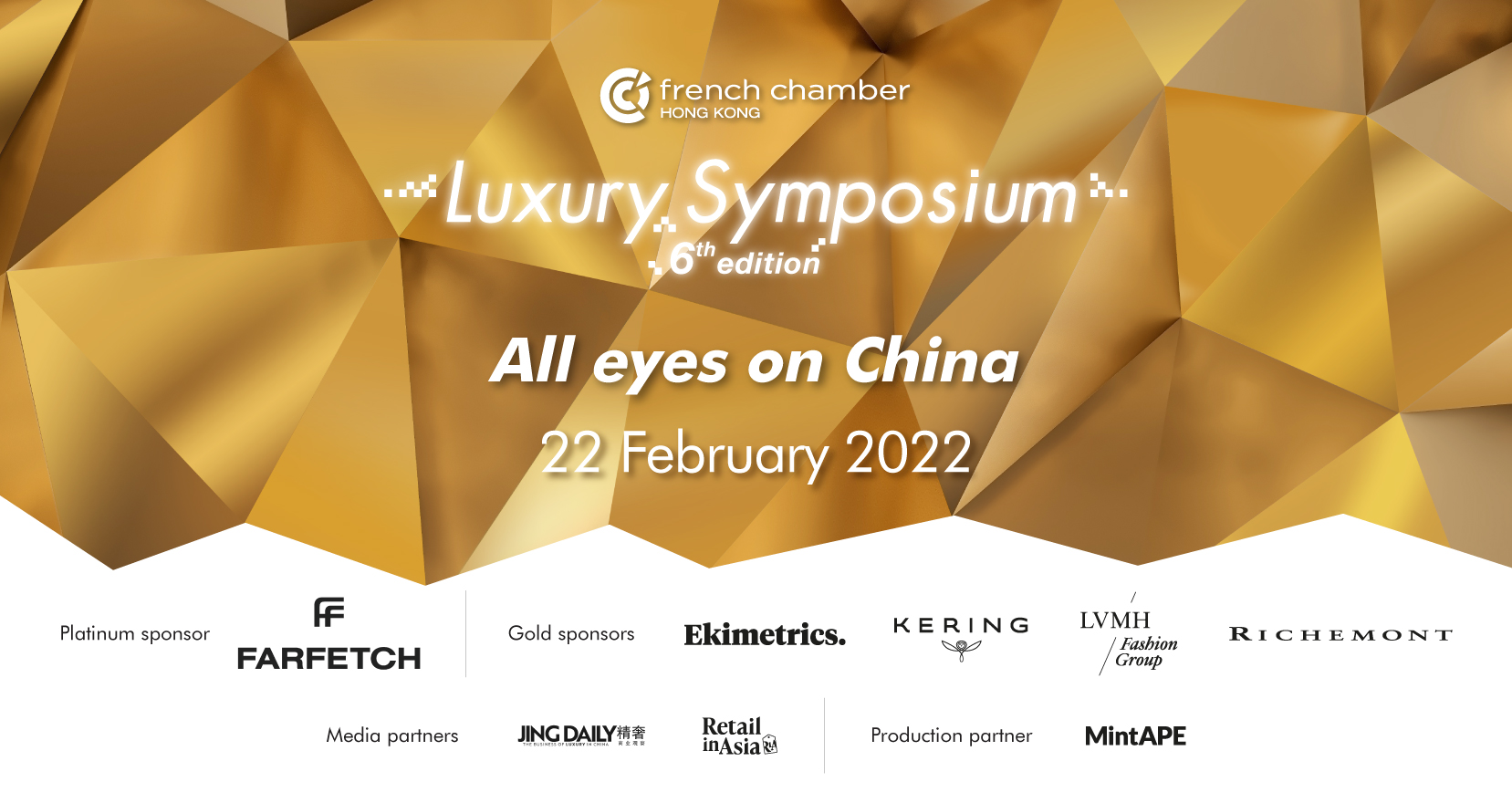 All Eyes on China: Key Takeaways From the 2022 Luxury Symposium | Jing Daily

On February 22, the sixth installment of the Luxury Symposium, hosted by the French Chamber in Hong Kong, went virtual with over 20 expert speakers joining in from Hong Kong, Europe, and a live studio in Shanghai.

Featuring the topic “All eyes on China,” this year’s conference saw a diverse range of keynote talks, fireside chats, and panel discussions tackle the most pressing questions facing luxury brands in China. Jing Daily joined this program as a media partner alongside its Platinum sponsor, FARFETCH, and Gold sponsors, including Ekimetrics, Kering, LVMH Fashion Group Asia Pacific, and Richemont.

Here, Jing Daily highlights key takeaways to sketch out the macroeconomic environment in China and zoom in on pivotal topics such as femininity, Chinese consumer shifts, and the emergence of local luxury brands.

The dynamics of China’s economic and social environment

The conference kicked off with a detailed snapshot of where China stands today, as speakers examined the latest government policies like “common prosperity” and the opportunities and challenges behind the campaign mentioned by President Xi Jinping last year. According to the panel, the common prosperity goal means better balance in the economy and doesn’t mean the end of luxury spending.

The booming Chinese middle class has been the major driver of luxury consumption over the past decade. Daniel Zipser (senior partner, McKinsey & Company) acknowledged this crucial consumer segment in his presentation. He also pointed out this its demographics are younger than their counterparts in the rest of the world, tending to be increasingly nationalistic.

In the conversation between Jasmine Zhu (founder & CEO, Expanter & China and I Brand Management) and Luca Solca (senior analyst, Bernstein), they covered some controversial mistakes that luxury brands made in China. Though they acknowledged the power dynamic between HQs and local teams, they believe brands must trust the input of locally-based teams to avoid the next big faux pas.

The future of luxury in China

The conference concluded with a future outlook of luxury in China. Chen Liang (co-founder, dejaWOOO and éCLAIR Asia), Hong Zheng (Ph.D., founder, GREENEXT and Adventi Communication), and Lena Yang (co-founder & vice chairman, WWD China) talked about the sustainable revolutions in China. They underlined the importance of local governmental guidance on carbon neutrality and the goal of fostering a greener economy. They also dove into sustainability from various perspectives, including consumers, brands, platforms, and media.

The latest topic focused on buzzwords, from “NFT” to “metaverse.” Veronica Wang (partner, OC&C Strategy Consultants) and Sebastien Borget (COO and co-founder, The Sandbox) talked about the complexities in the technology sector and how the country has been intervening in the frenzy. They suggested that brands will need a specific metaverse strategy for China, unlike the rest of the world.