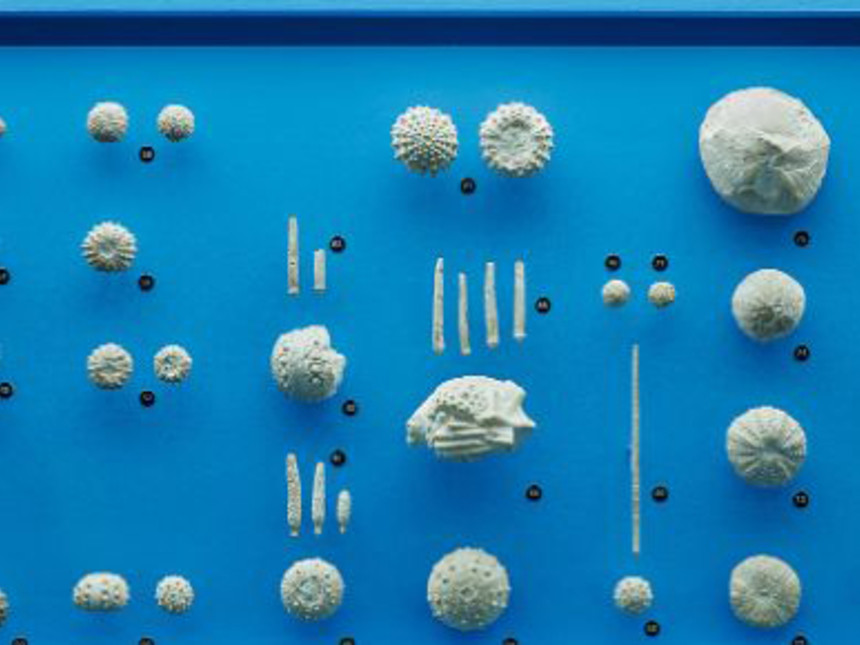 The Ammonite & Thunderbolt exhibition houses rocks from north west Switzerland that are between 16,000 and 250 million years old. They include the most important groups of micro-fossils, plants and invertebrates. These also include numerous fossils of aquatic creatures such as sponges, corals, mussels, ammonites and sea urchins from the Jurassic period, when the region was covered by a flat sea.

The area around Basel is exceptionally rich in fossils. Take a look at the spectacular discoveries from the Triassic period, remarkable ammonites from the Jurassic period and corals, brachiopods, mussels and echinoderms from various eras in earth history.

We also present fossils from the clay quarries near Allschwil, Triassic plants from Münchenstein and snails from ice-age deposits in the area around Basel.

The wide diversity of fossils on display allows collectors to identify their own findings by comparing them.

The fossil groups are set out in 29 display cases and grouped according to geological era.

Medieval Galway: Galway Within The Walls