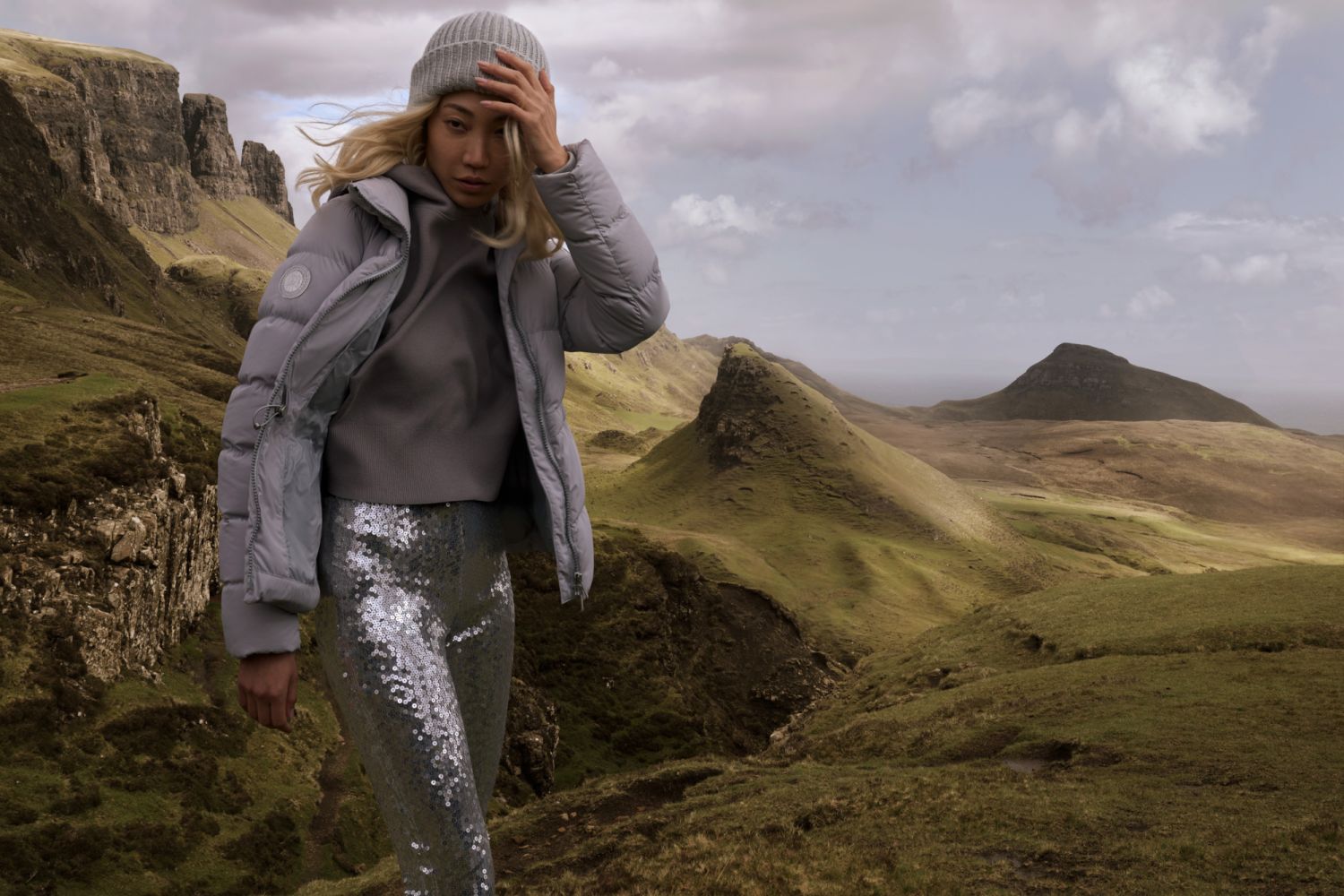 Korean culture has exploded globally in recent years. How do you feel about your home country being a source of interest and inspiration for so many, and is there anything from Korea you’re loving right now?

I can’t help but feel a sense of pride in the rise of K-culture. It might be old news but, when I was in Korea in September, everyone seemed to be obsessed with a new K-pop girl band called Newjeans. Their songs are catchy and they’re all gorgeous young girls!

Even though you’ve spent a decade in front of the camera, did you learn anything new from Annie Leibovitz when shooting the Canada Goose campaign?

I was amazed by Annie’s thoroughness and involvement in the entire process of taking a photo. From styling the looks to envisioning a scene and seeing it played out, she takes an executive part of deciding and integrating it all. It was very inspiring to see her work.

I like the idea of this new Canada Goose collection, as its name implies ‘stylish versatility’, and I like to be [open-minded towards] everything. As humans, we’re so multifaceted, and we can never really be defined by one thing. The moment you try to define yourself as one thing, you’re experiencing a big loss.

There’s so much that permeates through different disciplines. I think the versatility of this collection helps the person wearing it to bring out their creativity and personality.

In addition to being a model, you’re also a DJ and you recently released music under the name Ether. What has been your experience with using an alias, and what challenges have you faced?

I love having an alias—to begin with a clean slate, or adjacent to. The only thing is I’ve been looking into copyrights, and it seems a bit tricky, so I might have to go back to using my own name.

I don’t mind that either, I like my name, too.

‘Into the Chinaverse’: Looking Ahead at China’s Metaversal Roadmap | Jing Daily

Heart Evangelista: 5 of Her Best Looks at the 2022 Cannes Film Festival