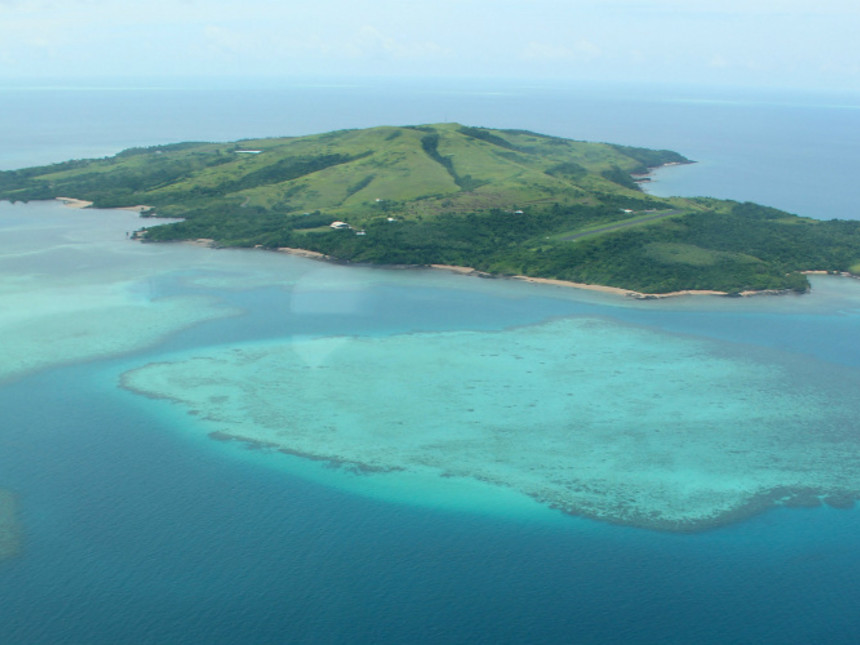 These works show peoples connections to the sea and inspire awareness of ocean pollution, recycling and promote conservation of the marine environment.

A seemingly harmless piece of discarded fishing net, left to drift in the ocean can strangle a sea turtle travelling to its nesting ground. Sharks, fish and other marine life all over the world have also suffered similar fates through entanglement in fishing nets.

Ghost nets are fishing nets that have been lost at sea, abandoned or discarded when they have become damaged. Along with sharks, turtles and other marine life, hard and soft coral reefs are also damaged by discarded entangled nets. Ghost nets are part of a larger problem that adds thousands of tonnes of plastic to the marine environment every year. These nets continue to float with the ocean currents, entangling marine wildlife and invisibly and silently killing – hence the term ‘ghost’ net.

Ghost Nets of the Ocean was created by Indigenous artists from Erub Arts, Darnley Island, and non-Indigenous collaborating artists to highlight the irreparable harm that discarded nets cause, and to provoke reflection on how humans are affecting the world’s oceans.

Erub, also known as Darnley Island, is one of 200 islands in Torres Strait. Located 160 kilometres north-east of Queensland’s Cape York Peninsula, very close to Papua New Guinea, it is one of Australia’s most remote communities, and home to about 400 Erubam people. The artists at Erub Arts draw their inspiration from their identity and connection to their totems through traditional and contemporary stories about their land, sea and family connections.

Au Karem Ira Lamar Lu – Ghost Nets of the Ocean exhibition is part of the National Maritime Collection, and has been purchased through the Australian Maritime Foundation with the assistance of the Sid Faithfull and Christine Sadler program supporting contemporary Indigenous maritime heritage in Far North Queensland and the Torres Strait Islands, the Hon Justice Anthe Philippides JA and Peter Dexter AM.