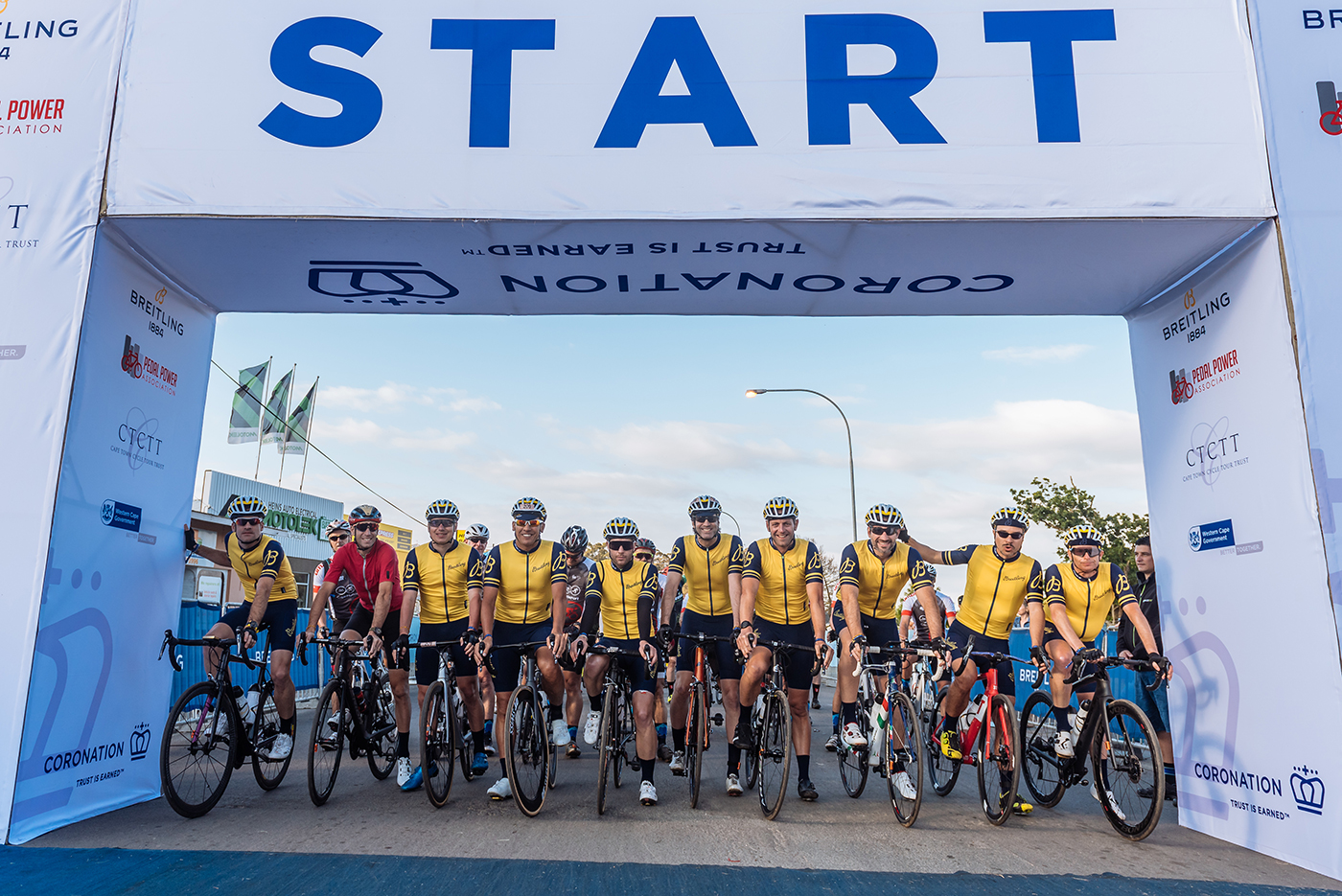 Breitling’s Triathlon Squad and an impressive group of friends competed in the Coronation Double Century, South Africa’s premier endurance road cycling event, on November 23, 2019. For the second time, the Squad members – Jan Frodeno, Chris “Macca” McCormack, and Daniela Ryf – were joined in Swellendam by Breitling CEO Georges Kern and some of the world’s most talented cyclists. Breitling served as Official Timing Partner for the race and the cyclists rode in support of Qhubeka, a global charity based in South Africa that provides bicycles to people in communities across Africa with limited transportation options. The Coronation Double Century marked the first anniversary of Breitling’s partnership with Qhubeka. 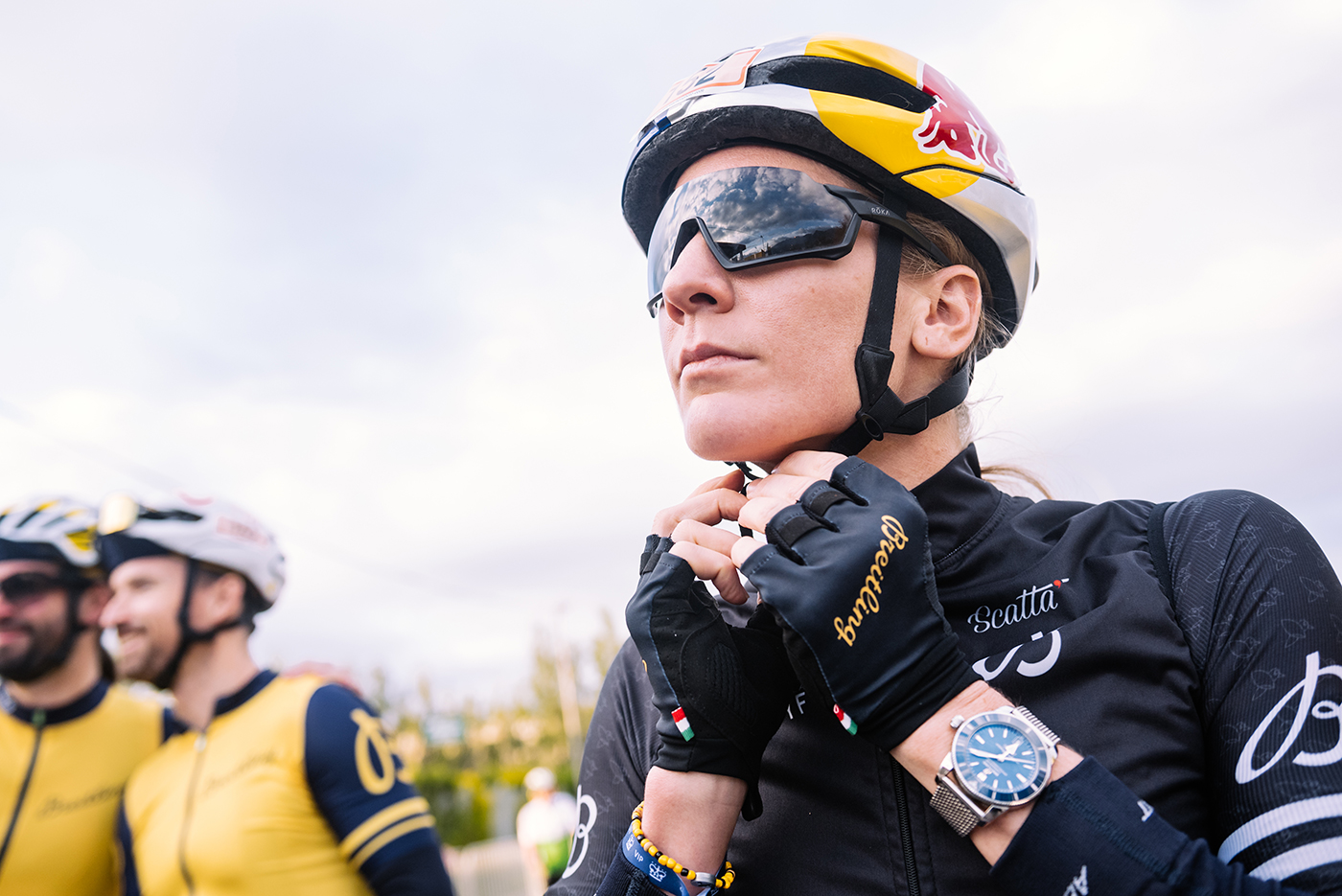 The members of Breitling’s Triathlon Squad performed their first shared mission in November of 2018, when they competed in the Coronation Double Century, a grueling South African road race that takes its name from its distance of more than 200 kilometers. On November 23, 2019, triathlon stars Jan Frodeno, Chris “Macca” McCormack, and Daniela Ryf returned to Swellendam with Breitling CEO Georges Kern and some of cycling’s greatest talents, including Swiss Ironman champion and duathlon specialist Ronnie Schildknecht, South African cyclist Nicholas Dlamini, and Italian bicycle racer Vincenzo Nibali, who is one of only seven people ever to have won the three Grand Tours (La Vuelta, the Tour de France, and the Giro d’Italia).

Breitling served as Official Timing Partner for the race and the cyclists rode in support of Qhubeka, a global charity that provides bicycles to people in communities in Africa with limited transportation options. The Coronation Double Century marked one year since the beginning of Breitling’s partnership with Qhubeka. This anniversary was celebrated the day after the race with a visit to a Qhubeka community, where the cyclists and special guests had the chance to see the positive impact the bicycles have on the lives of the local residents first-hand (#BicyclesChangeLives).

Qhubeka distributed 100 Breitling-funded bicycles to 100 pupils at the Usasazo Secondary School in Khayelitsha, Cape Town, bringing the total number of bikes delivered to the school under the Scholar Mobility Programme organized by Qhubeka and supported by Breitling to 350 for 2019. The school’s pupils have
signed 12-month contracts in which they pledge to commit themselves to academic performance and school attendance as conditions for receiving their bicycles. With bicycles, they can get to and from school more easily, and have improved access to libraries, sports activities, and other opportunities. 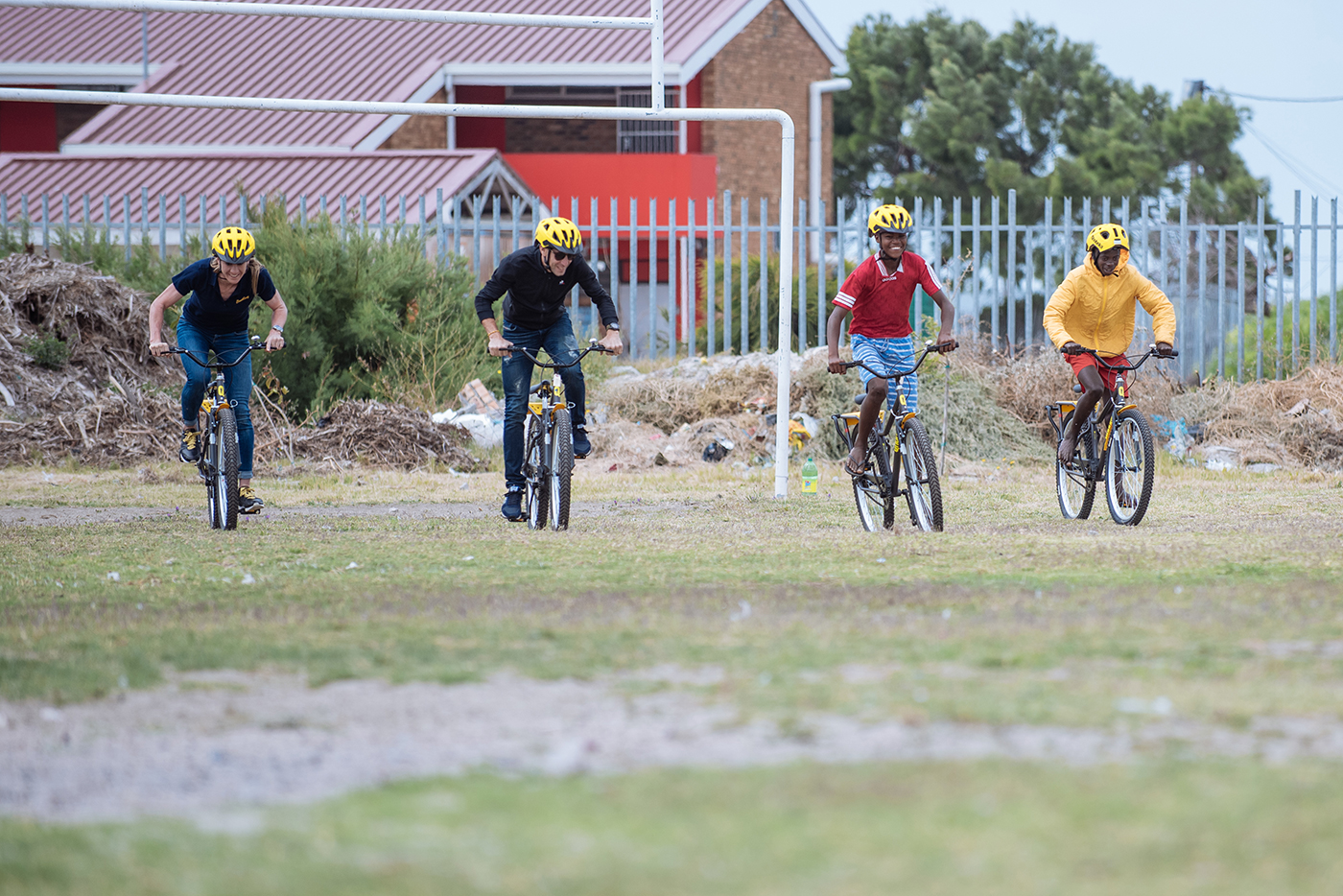 At an official ceremony on November 24, the 100 bicycles were presented to the 100 pupils, who participated in a relay race along with some of Breitling’s guests. Breitling CEO Georges Kern is passionate about his brand’s work on behalf of Qhubeka. He said, “It is amazing to see what a difference a bicycle can make.

It allows a pupil to go to school or to get medical care for a family member – things we take for granted. Although we were exhausted after the race, meeting the pupils and seeing the Qhubeka team at work was a source of energy for all of us – and it was a great way to remind ourselves why we were there.”
Qhubeka founder Anthony Fitzhenry was pleased to welcome the Breitling team back to South Africa, saying, “We’re thrilled to be celebrating the first anniversary of our partnership with Breitling. Once again, they brought a group of world-class athletes to Swellendam to compete in support of Qhubeka, and it was particularly gratifying to see Georges Kern riding with them. An organization’s culture tends to be set by its CEO, and the fact that Georges is so committed to this initiative and what it stands for speaks volumes about the type of company Breitling is. We are thankful to count them as a partner.”

Since 1884, Breitling has established a global reputation for high-precision timepieces, its pioneering role in the development of the wrist chronograph, and its uncompromising commitment to design excellence. With the brand’s storied association with aviation, Breitling has shared the finest moments in humankind’s conquest of the skies. Renowned for its spirit of innovation, it has also earned a place of privilege in the worlds of science, sport, and technology. Breitling manufactures its own movements in-house and the quality of every watch is confirmed by its status as a COSC-certified chronometer, made in Switzerland.

Qhubeka is a global charity that moves people forward with bicycles in Africa. People earn bicycles through our programmes, improving their access to schools, clinics, and jobs. A bicycle is a tool that helps people to travel faster and further, to generate income, and to carry more. In the face of extreme and persistent poverty, bicycles can change lives by helping to address socioeconomic challenges at the most basic level – helping people to get where they need to go.

All press material can be downloaded free of charge at
https://press.breitling.com/coronation-double-century-and-qhubeka-partnership

Mark Zuckerberg Is Wrong About Meta. Why Luxury Should Listen | Jing Daily

Why Peloton and Netflix Have Only Themselves to Blame | Jing Daily