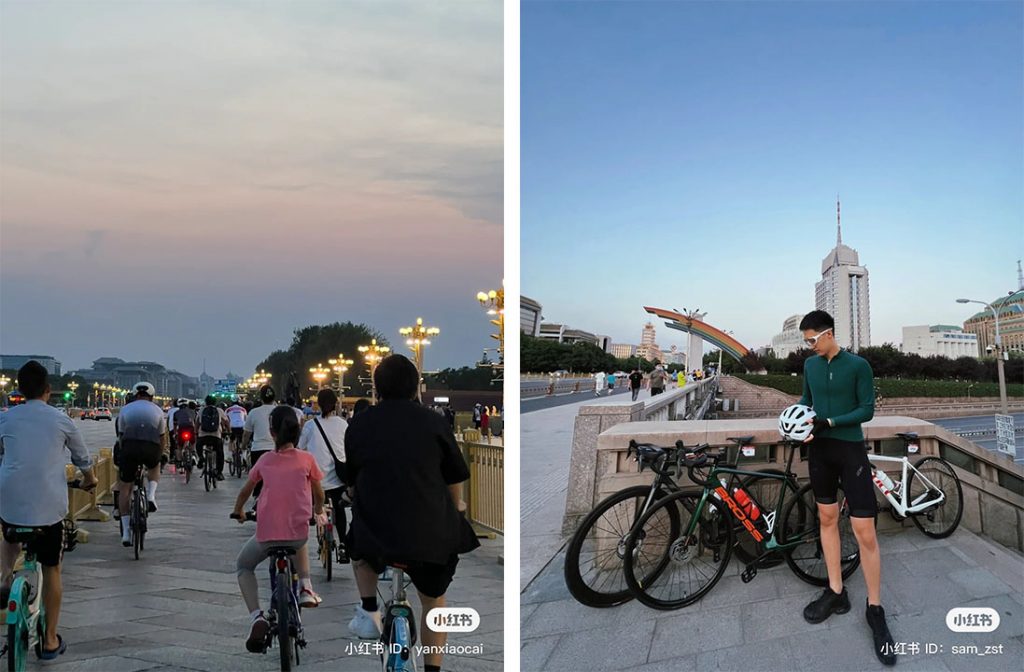 Chang’an Street, the central avenue of Beijing that passes through Tian’anmen Square, has been brimming with cyclists in late afternoons and early evenings — so much so that it’s experiencing bicycle traffic jams. Netizens at the scene described it as “boiling dumplings,” with racing bicycles, folding bicycles, and even public sharing bicycles all joining the mix. The scene reminded some of Beijing’s bicycle rush hours, a remnant from the last century before private automobiles became popular.

The emerging cycling trend is not just limited to the Chinese capital. On the lifestyle platform Xiaohongshu, there are currently over 930,000 posts related to cycling, including advice about cycling equipment and routes across China. While cycling was previously perceived as a relatively professional, cross-country outdoor sport, it has recently evolved into a recreational activity that almost anyone can participate in, with many posts centering around riding through both urban and suburban areas.

The newfound popularity of cycling is pushing demand for bicycles to a new high. Bicycle stores in Beijing told Chinese media that recent orders have surged by about 30 percent. JD.com’s data reveals that, from May 23 to May 30, cycling-related product sales surged 240 percent year-on-year. However, the supply of bicycles is being plagued by China’s zero-COVID policies and global supply chain disruptions.

Many bicycle factories in southeastern China have experienced frequent shutdowns, while the imports of derailleurs — a necessary part for variable-ratio bicycles — from Japan face up to one-year-long delays due to competing orders from Europe and the US. Many prospective buyers must wait for close to a year to receive their orders, and the price of used models on resale platforms has risen.

Cycling combines exercise with being outdoors, two trending lifestyle choices in the wake of China’s lockdowns. Compared to other outdoor fads such as camping and frisbee, cycling is more physically demanding. Many cycling enthusiasts credit the sport with burning more calories than running treadmills in a gym in the same time frame, while also being able to relax and meditate when viewing roadside scenery.

Young shoppers constitute the majority of cycling enthusiasts as well, with data from travel platform Mafengwo suggesting that about 55.6 percent of cycling-related content on social media platforms is posted by users born after 1990. In addition, cycling can be a daily activity that does not require any special facilities, giving it the potential to become a sustained lifestyle trend.

Some bicycles are also luxury items in their own right. Prices of mountain and racing bicycles can cost thousands of yuan, with some costing over $1,494 (or 10,000 yuan). At the same time, finding the right bicycle that fits an owner’s skill level and cycling plan is key for the owner to express his or her identity and mingle with other like-minded enthusiasts.

For luxury brands, plenty of market potential exists in the cycling sector. An obvious option is for brands to introduce their own high-end bicycles to the Chinese market. For instance, Gucci boasts the Bianchi series of luxury, carbon fiber racing cycles designed by its creative director, Frida Giannini, that is currently on sale for around $35,000. 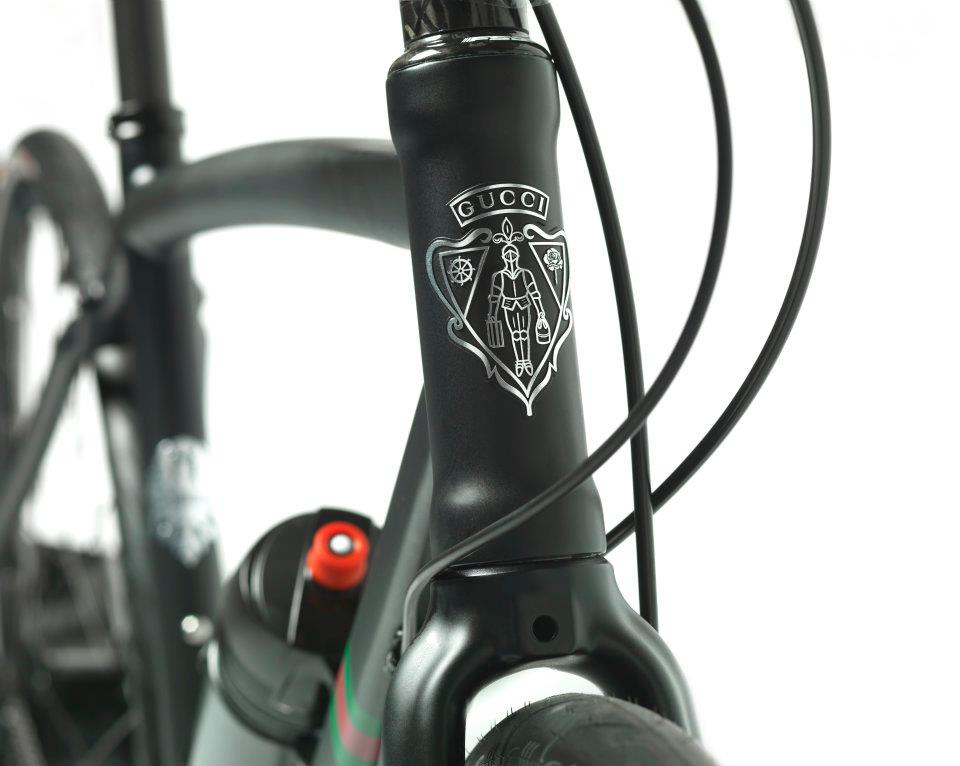 Similarly, Louis Vuitton has launched its town bikes series that are priced between $24,294-27,543 (20,000-22,900 pounds). If introduced to China, these luxury bicycles can quickly integrate the brands into China’s burgeoning cycling sector. In addition, as a lifestyle, cycling generates a sizable accessory and outfit market. Helmets, watches, glasses, and even cycling fashion are all options luxury brands can explore through either introducing new products or collaborations.

A First For The Camera Maker

THE QUEST FOR ULTIMATE ELEGANCE