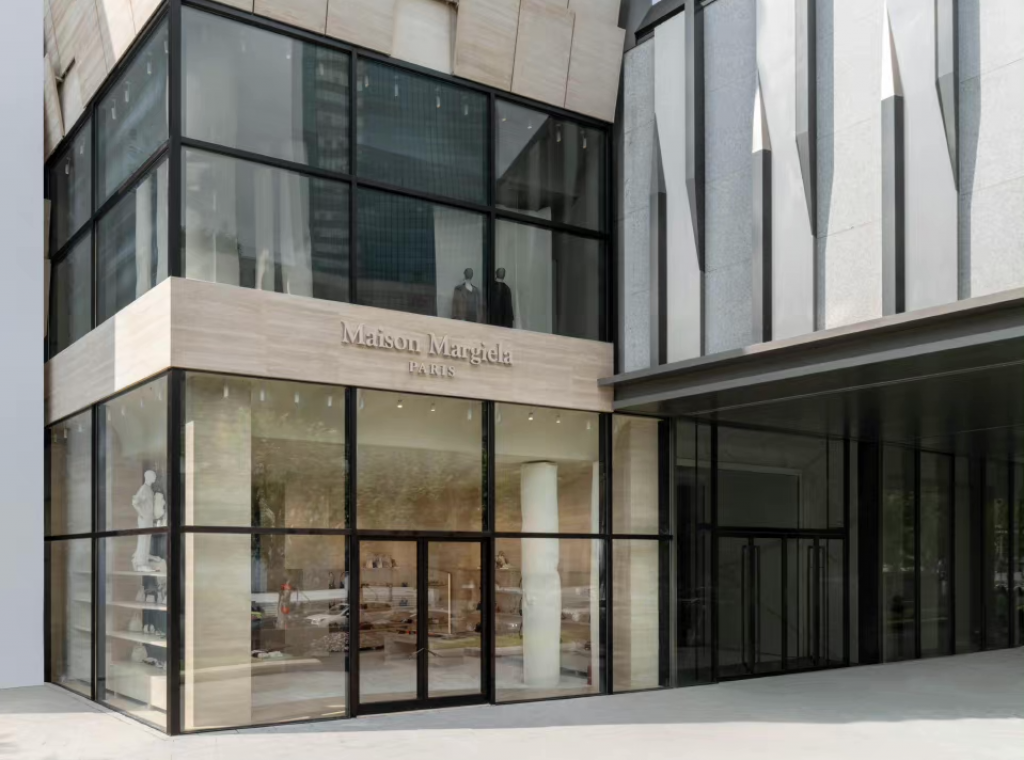 In the past few weeks, Shanghai’s luxury mall JC Plaza made headlines for drawing Italian luxury group OTB’s four brands — Maison Margiela, Jil Sander, Marni, and Amiri. But it’s not only luxury labels that are eyeing these commercial complexes. Local emerging names from Shushu/Tong to Calvin Luo are also making inroads into these exclusive shopping havens — to an extent that’s rare in other global fashion hubs.

In the past, established local names like Uma Wang and Ms. Min pioneered the entrance of domestic designers into high-end department stores. But increasingly, entrants are buzzy up-and-coming brands. Take Short Sentence, a brand founded in 2015 by Parsons graduate Guan Lin, which unveiled its flagship store at Shanghai JC Plaza on June 30. The designer’s collections are characterized by clean silhouettes in youthful and vibrant colors; prices range from $150-450 (1000-3000 RMB).

After years of retail experience accumulated through various wholesale and direct-to-consumer channels, agile emerging domestic brands have matured enough to support brick-and-mortar investments. In 2018, Short Sentence opened its Tmall flagship store, which has amassed over 260,000 followers to date, and drew over 8,000 user-generated posts on Xiaohongshu. The JC Plaza store is not the womenswear label’s first offline boutique — it launched a standalone store in Shanghai‘s downtown neighborhood of Huashan Lu in 2021 — but the new outpost’s location marks a milestone. 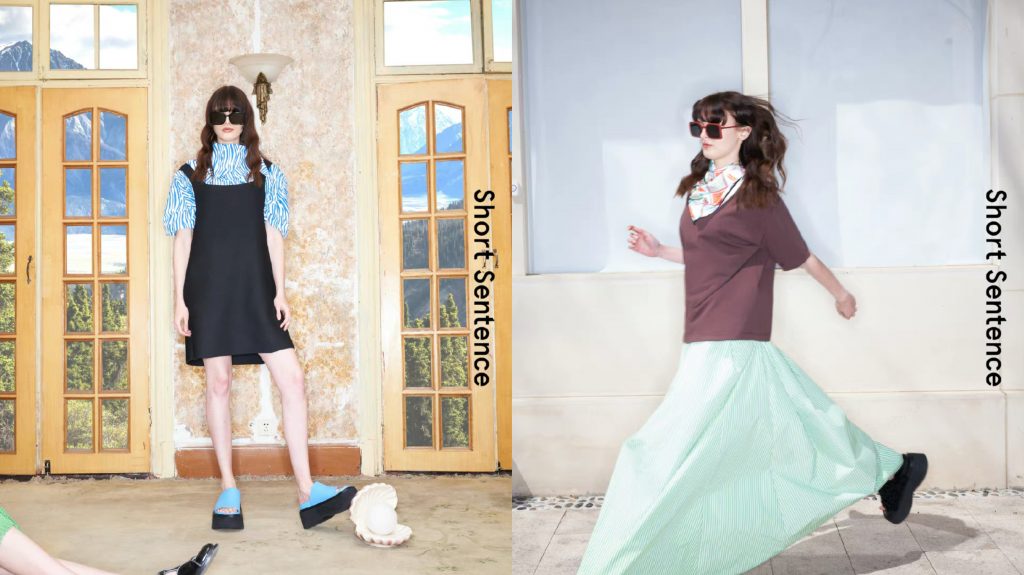 It’s no news that Chinese are expressing a growing demand for native names. According to a survey conducted by consulting firm PWC in 2021, 37 percent of Chinese shoppers said they’d be more inclined to purchase homegrown names compared to six months prior, signaling guochao’s widespread influence on shopping behavior, which has only become more insular in the wake of the pandemic.

“Today’s domestic brands infuse Chinese elements into their original designs, and that for me reflects the cultural confidence of our time,” Shangdong-based university student Emma Yi, who loves sharing her fashion purchases online, told Jing Daily.

One of these names is retro-feminine label Shushu/Tong, which was founded by Jiang Yutong and Lei Liushu in 2015. The duo, whose playful designs quickly drew a following among local fashion lovers, soft-opened a boutique at JC Plaza on July 19. Another homegrown name, Calvin Luo, this week announced plans for its retail expansion on the back of promising financials, where it saw a 27 percent surge in sales during H1 2022.

“Luxury malls were once an option reserved for established brands,” said Jillian Xin, buying director at Labelhood. “Now, [developers] see value in curating a more interesting mix of brands and customers are championing domestic brands much more than before.” And as western fashion and beauty brands exit or rethink their strategies in the lucrative Chinese market, local names are proving business-savvy rivals both online and offline.

It’s hard to believe that it was only last year that saw Short Sentence make its first foray into physical retail — now, with 100 stockists from The Balancing to Lane Crawford, its move into one of the country’s most exclusive luxury malls will test its wider appeal. The future bodes well for niche names with big ambitions, but the pressure is on.

MR PORTER collaborates with Zenith and Bamford Watch Department on a second exclusive: The El Primero Revival A384 Edge of Space Limited Edition

By The Glass: Joe Bastianich, Winemaker and Partner, Osteria Mozza