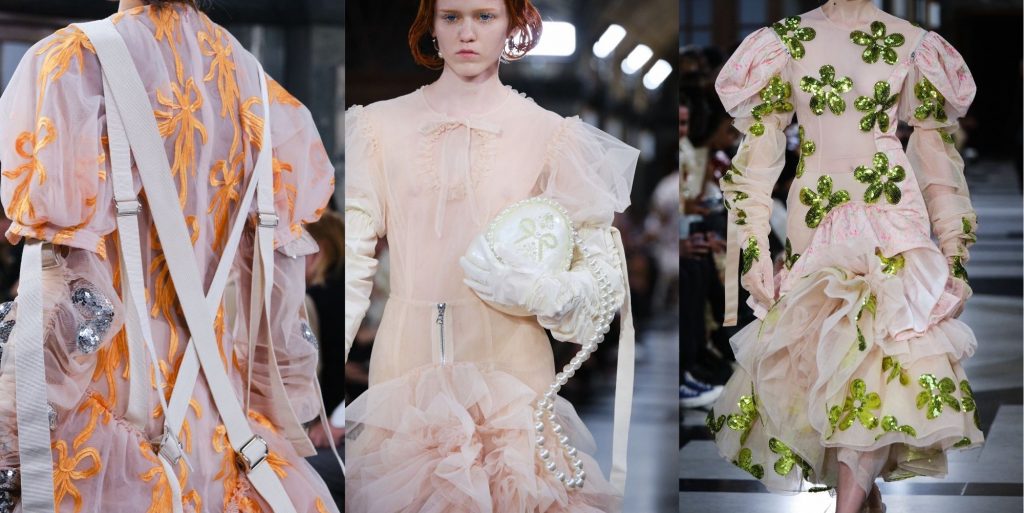 Due to the sudden passing of Her Royal Majesty Queen Elizabeth II, London Fashion Week’s (LFW) Spring 2023 offering was slightly reduced, with some of the headline designers such as Burberry and Raf Simons rescheduling their shows for October instead. Partly as a result of that, the four-day event had a lack of viral moments making their way over to China’s social platforms.

Viral fashion (or lack thereof) aside, #london fashion week# on Weibo was read by 2.5 million people and discussed in 315 posts on the day of writing alone. The main conversation was about how the Queen’s death impacted this season’s LFW schedule, though many also marveled at their favorite shows. According to netizens, here are the best LFW collections of Spring 2023:

Photos of the Simone Rocha Spring 2023 collection by Daniel Sims.

Despite Irish designer Simone Rocha getting caught up in H&M’s cotton controversy in April 2021 due to a collaborative collection happening at the same time, her latest London show was a hit on Weibo.

The label’s popularity — which saw H&M China’s sales channels crash when that collaboration launched in March 2021 — has still managed to maintain a steady pace.

One of the most popular posts discussing Rocha’s collection was by fashion commentator Nikki-Min (4.7 million fans). She wrote, “Simone Rocha will never disappoint.[..] The design of the 2023 Spring collection is so innocent! The fluffy tulle skirt and sweet-lace butterfly structure evokes a complex yet gorgeous feeling, just like walking out of an oil painting.”

Newly popular in China, the ribbons, pearls, and tulle romance of the designer’s aesthetic is proving solid among young consumers. Online statistics strongly suggest that the brand needs to expand beyond its single Hong Kong store. Watch this space. 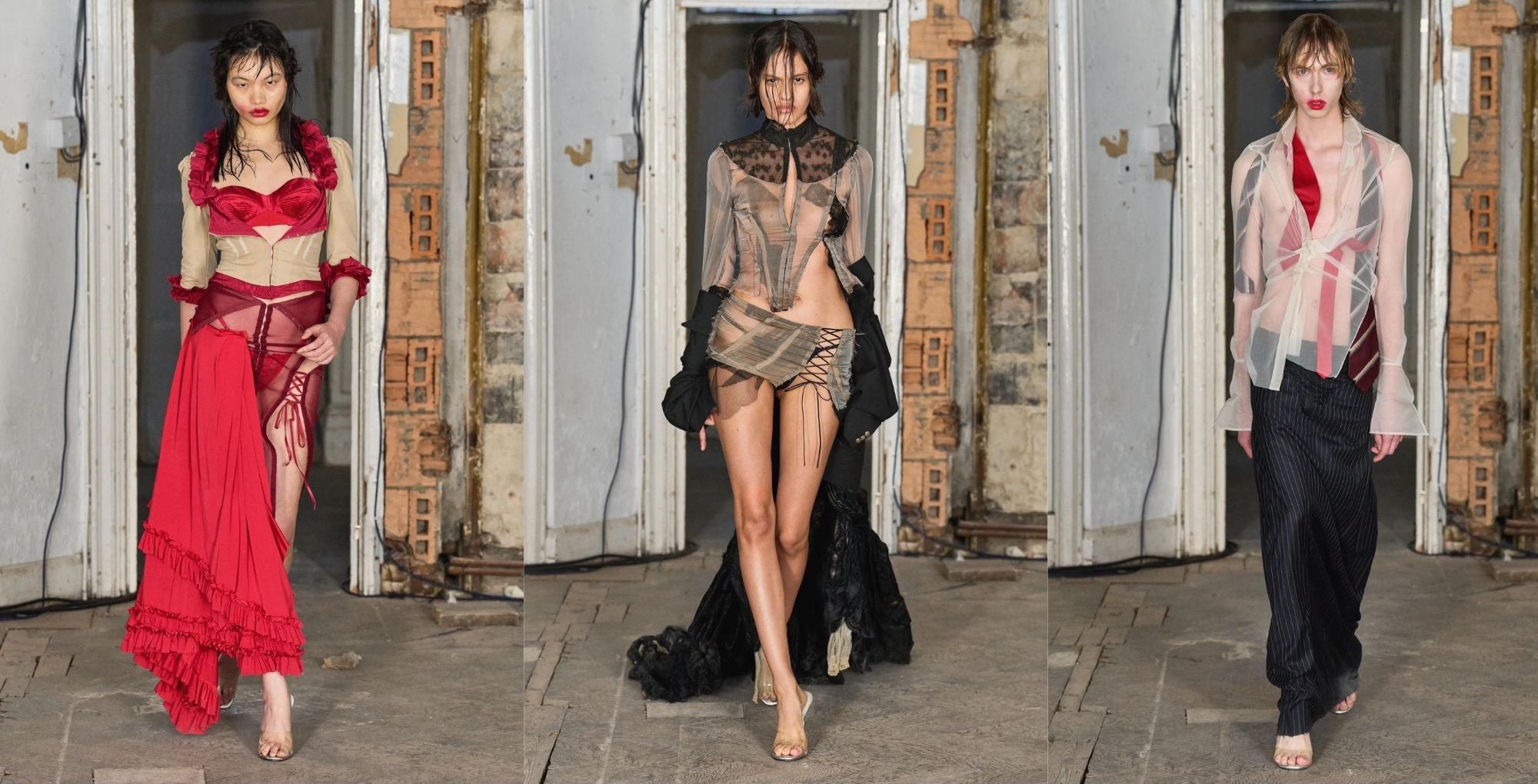 Fashion blogger Dipsy Dipsy (almost 8 million fans) labeled Dilara Findikoglu as their favorite on schedule, comparing it to the likes of Vivienne Westwood and Alexander McQueen due to the “goth punk and bloody aesthetics.”

Many other Weibo users admired the fishbone corset sculpting and the “gloomy” medieval beauty of the Spring 2023 collection. One blogger wrote that it was the event’s “most tasteful show.”

As the brand is yet to have a presence on Weibo or WeChat, all content discussing the show came as a result of either consumer-interest or fashion blogger posts. Considering the evident popularity of the brand online, it’s surprising that no local retailer has snapped up the opportunity to stock it.

Judging by the popularity, perhaps this collection will be the first to make it to a fashion-forward store, such as the disruptive, Shanghai-based concept store ENG Concept.

Unsurprisingly, one of the most-talked about shows of the season was Richard Quinn, winner of the Queen Elizabeth II Award for British Design in 2018. Many netizens discussed the opening section of the show which was an ode to the late Queen Elizabeth II, presenting 22 all-black outfits.

Across the many conversations being had in China, one blogger said the statement humped designs of the collection resembled the famous “Lumps and Bumps” series by Rei Kawakubo. Another said the opening funeral looks were similar to Lady Gaga’s funeral outfit in American Horror Story.

Overall, the main consensus on Weibo was how impressed users were that the Irish-British designer managed to pull off the black looks in the space of just 10 days. Despite being one of the leading LFW topics of discussions, Quinn is another designer without social media presence or a standalone store in China.

London-based Michael Halpern’s eponymous label presented a collection labeled “wild yet elegant” by Chinese blogger FashionAmberR (5.5 million followers). Though opinions on the leopard print were divided, the general consensus was that the show was a “glamorous hit.”

The dramatized makeup engaged viewers, the bold prints got people talking, and users seemed genuinely intrigued by the embellished designs. Presenting such high-octane opulence made each runway shot an ultimate shareable image for netizens.

Although it’s not yet available in mainland China, Halpern is currently stocked across Asia, in Singapore, Thailand, Australia, Hong Kong, and India.

Last on the list, but certainly not the least spoken about, is JW Anderson — one of the only major labels to stay on schedule as planned. Chinese fans discussed the rumors of the creative director heading to Louis Vuitton men’s line, while complimenting the collection as an ode to today’s digital natives.

One blogger recognized how the lineup incorporated Anderson’s signature DIY elements, noting, “I don’t think Anderson is trying to use design as a spear to declare war on an invisible (or visible) enemy [such as the internet], he’s more of a self-centered playboy: free and unfocused.”

When searching for the label across China’s socials, Fall 2022’s Pigeon Bag collection is one of the most viral pieces, proving the power of meme fashion. But the fact that London It-girl Alexa Chung attended the show sparked some views and conversation for this particular collection.

The brand launched its first pop-up store in China back in 2019 as well as a local D2C site, and has since catered more and more to its fanbase there.