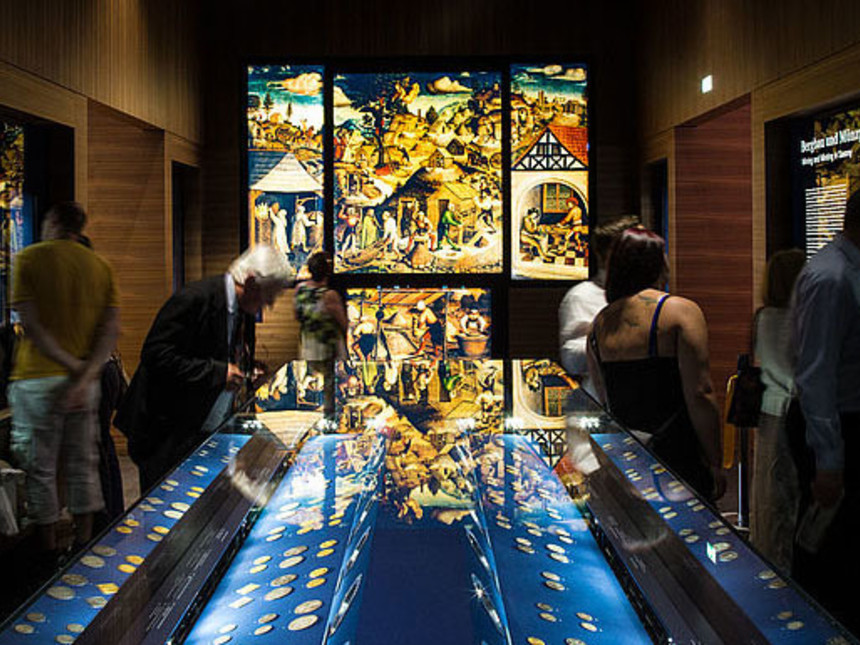 In times of Pay Pal, credit cards and digital coins – so-called BitCoins – cash has increasingly vanished from everyday life. At the same time special events, such as the minting of the five-euro coin in 2016, meet with unimagined interest. The Dresden Münzkabinett brings together a collection of approximately 300,000 objects, ranging from antiquity to the present day.

Though the term “coin cabinet” seems to suggest only coins, the collection offers much more: Medals, banknotes, honorary decorations, bonds, minting technology, stamps and play money can be admired here. But the money shown here was often much more than a means of payment. In their day, coins also were a means of communication, a medium of dissemination for important political messages and thus part of visual politics. August the Strong, for example, commissioned his depiction on a medal as Hercules after he was crowned King of Poland, and when his son was born, he ordered a medal to be struck in his honour.

Today, 3,300 exhibition items presented in four rooms of the Dresden Residenzschloss (Royal Palace) explain the various aspects of money: To start out, visitors learn about the business and culture of making coins in Saxony, as the silver deposits in the Ore Mountains were once the foundation for the region’s wealth. Then follows a sweeping chronological presentation of the history of the coin: from antiquity to the present, from the Greek drachma to the euro. The oldest coin on display is 2,500 years old and originates in Lydia, a kingdom that was located in today’s Turkey.