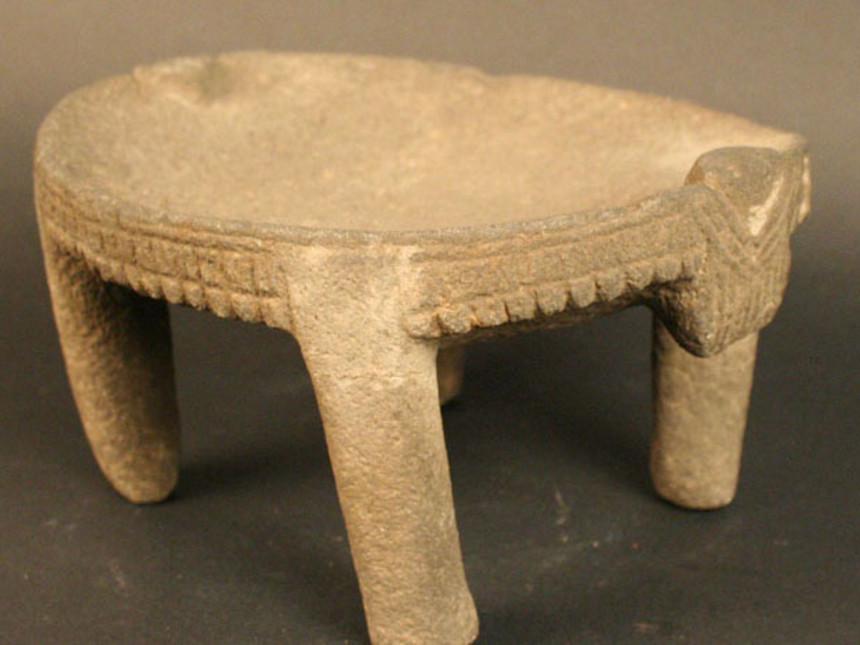 Near the end of the 16th century, Costa Rica was divided by two vast cultural traditions: Mesoamerica, in its northwest; South America, in its center and east.

The Atlantic watershed societies took stone sculpting to a high level of development. They made small, elaborate grinding stone decorated with deified personages and mythical animals, many of which were used to prepare hallucinogenic substances; statuettes of men in shamanic trance attitudes, and other personages with weapons and severed heads, linked to ritual sacrifice.

These sculptures, together with finely worked seats, also served as symbols of social prestige in the tombs of the most prominent deceased.