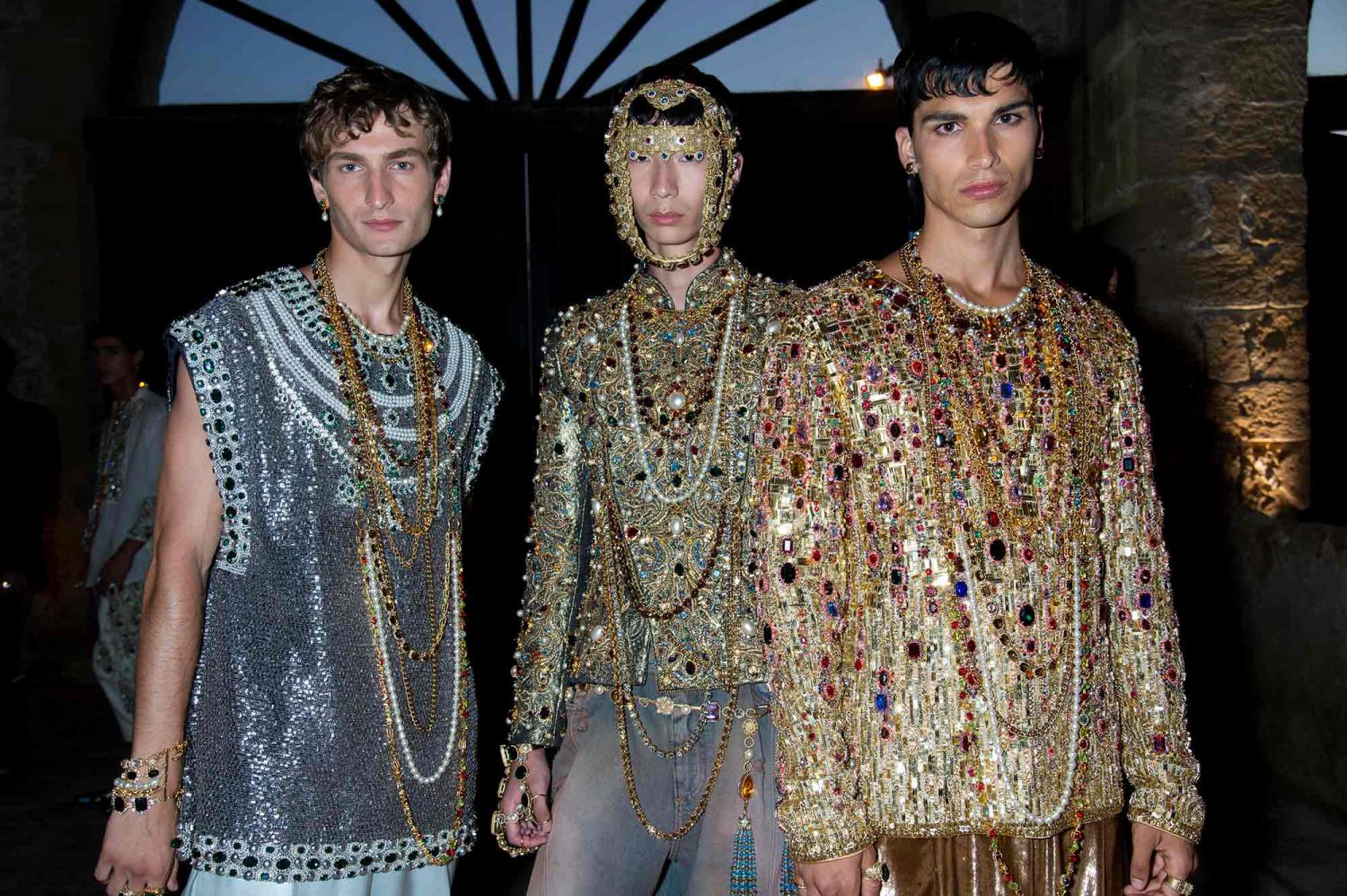 “I think men came to the point that they want to wear couture as well, and I know that we have some customers [who] will love that,” Balenciaga creative director Demna told WWD in 2020. “I want to kind of erase the gender identification of couture being only for women, or only for older women who have money to afford it.”

This approach, while more prominent in recent times, is nothing new in high fashion. Dolce & Gabbana has long had its Alta Sartoria collections with healthy offerings for men, while fashion’s one-time enfant terrible Jean Paul Gaultier kicked it off in the 1990s with his extravagant shows.

More recently, Lebanese couturier Elie Saab introduced men’s looks to his haute couture show in Paris for the first time. However, he was quick to point out that it was a natural progression and not a sudden decision. “People who come to us for this type of style, they want to be spectacular—it’s the same for men and women,” said the designer in an interview after his runway show in July.

Hermès Launches Its Most Stylish Apple Watch Straps Yet