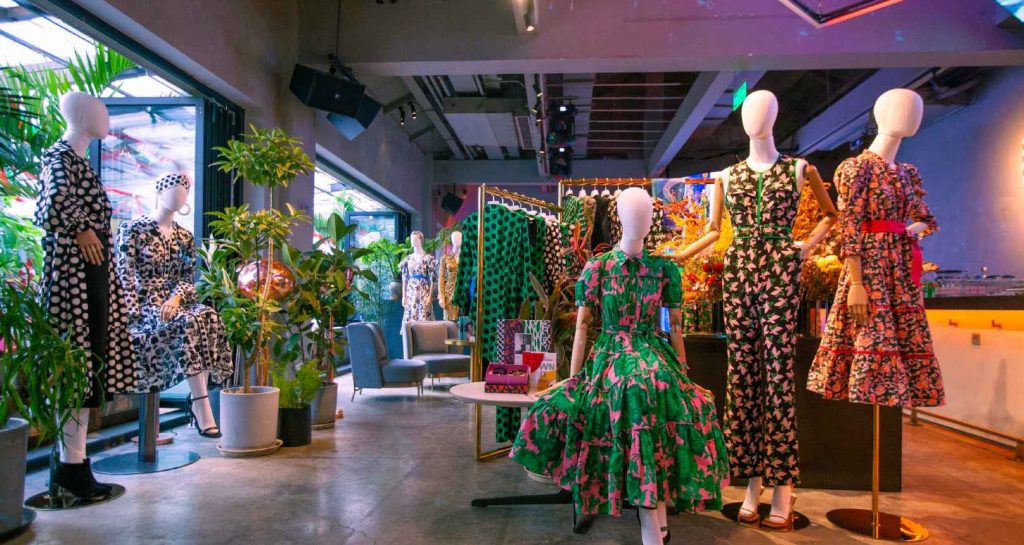 Once on the verge of bankruptcy, Diane von Furstenberg (DVF) has managed to make a stunning comeback over the past two short years. Despite mass layoffs and store closures during the pandemic, the label finally achieved profitability for the first time in a decade last year, and is set to continue its recent positive trajectory as it prepares to celebrate its 50th anniversary in 2023.

Key to the brand’s recovery has been its renewed focus on Chinese consumers; indeed, DVF was one of the very first western fashion labels to enter the China market in 2010. As it continues to expand its Beijing headquarters, DVF Global President and CEO Gabby Hirata explains that the group hopes to further solidify its presence as a fashion leader in the mainland and empower the nation’s women through its latest campaign, the InCharge movement: “It’s our way of inserting DVF into the culture…that sense of confidence and identity.”

The brand’s return to profitability was not easy. Around the mid-2010s, DVF experienced declining sales after overextending its presence in brick-and-mortar retail. While competitors such as Tory Burch, Michael Kors, and Coach adapted to the rise and demands of digital customers, DVF struggled with turnover due to a lack of creative leadership and retail losses. The label was pushed to the brink of collapse when the pandemic first struck. Forced to make drastic changes for survival, it slashed production in half, overhauled its business model, and transformed its marketing strategies, all the while doubling down on the China market.

The resulting success of DVF’s rebrand over the past several years indicates how Chinese customers are hungry for labels that speak to their values. In Hirata’s words, simply having beautiful products just “doesn’t cut it” anymore. As Gen Z continues to take up a growing proportion of the market, names that fail to integrate social values into their messaging may find themselves left behind.

Women’s empowerment has been an integral part of the brand’s DNA since its inception, when eponymous founder Diane von Fürstenberg started designing dresses to “pay her bills,” according to Hirata. When the label was tasked with reinventing itself to survive the pandemic, InCharge began as an in-house grassroots idea to create spaces for women to gather, discuss, and navigate their professional journeys together.

“Our generation of customers demand a lot more reasons to buy something,” Hirata observes. “What are the reasons we give to her, our woman, to walk into this space? It came out very naturally, genuine and heartfelt…to be the woman you want to be.”

In March 2022, von Fürstenberg collaborated with Alibaba to host a livestream with 18,000 Chinese viewers on International Women’s Day. To connect with more localized communities, DVF then began hosting InCharge “activation” events, where virtual and in-person participants engage in valuable discussions on personal and professional development. Each activation, usually held in collaboration with companies, universities, and other groups, often generates millions of impressions online. 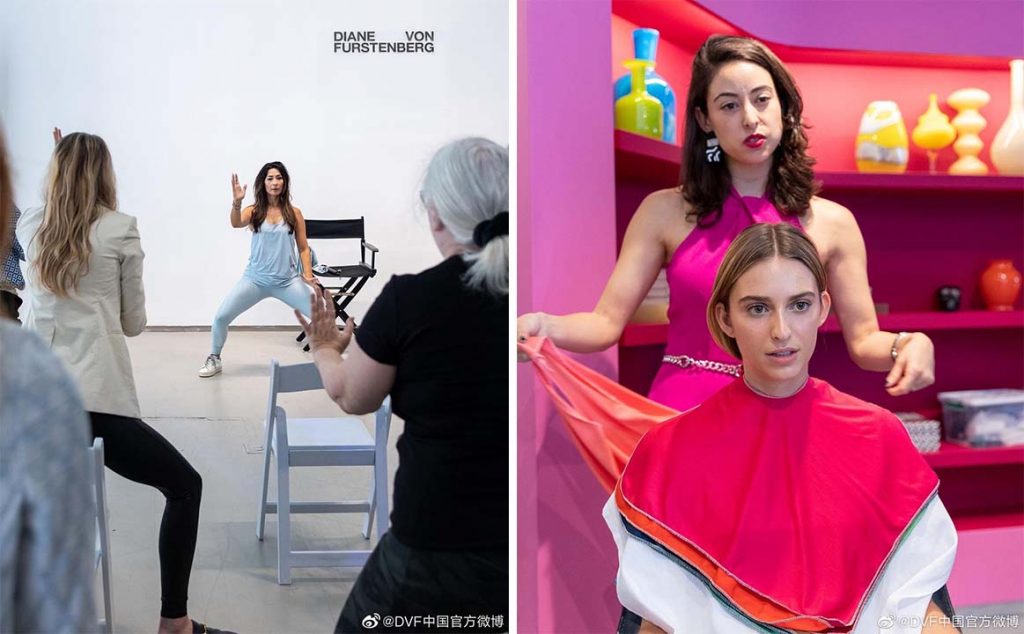 As part of its #InCharge event series, DVF hosted a mediation session and beauty bazaar at its New York flagship store in November. Photo: DVF

According to Arnold Ma, founder of digital creative agency Qumin, marketing campaigns that succeed in China must keep a pulse on “subcultures, macro-trends, and general societal changes.” InCharge thus came at the right time: As topics related to women’s empowerment have in recent years risen dramatically in the national narrative, DVF’s ideals have resonated strongly with its target audience – millennial and older Gen Z women – in China.

Values above all: Connecting with consumers

As a native Chinese female CEO, Hirata’s personal background has also served as a unique asset to DVF’s progress and messaging. She has talked openly on social media platforms like Xiaohongshu about her own experiences balancing motherhood with her career plans. This speaks to many women, where many have experienced gender inequality and discrimination in their careers. For DVF’s Chinese customer base, the ability to connect with the brand over relevant social issues has played an important role in the growth of DVF’s popularity.

“Consumer demands of the younger generations are more multi-layered,” Ma remarks. “[They] are looking for not only the functionality a product affords, but also offerings that respond to their mental or psychological needs.”

Through initiatives like InCharge, DVF has effectively identified and tapped into those consumer needs. Despite its challenges over the past decade, the brand is now proving its ability to leverage the power of organic marketing and cultural appeal. In November, the global InCharge event series culminated in a Pitch Night at the company’s New York headquarters, where female entrepreneurs were given the chance to win microfunding for their businesses, mentorship, and more.

It’s this kind of positive impact that Diane von Furstenberg plans to carry into the new year as it approaches its 50th anniversary. “The world is moving,” Hirata affirms. “To us, [empowering our women] is so straightforward because this is DVF’s identity.”