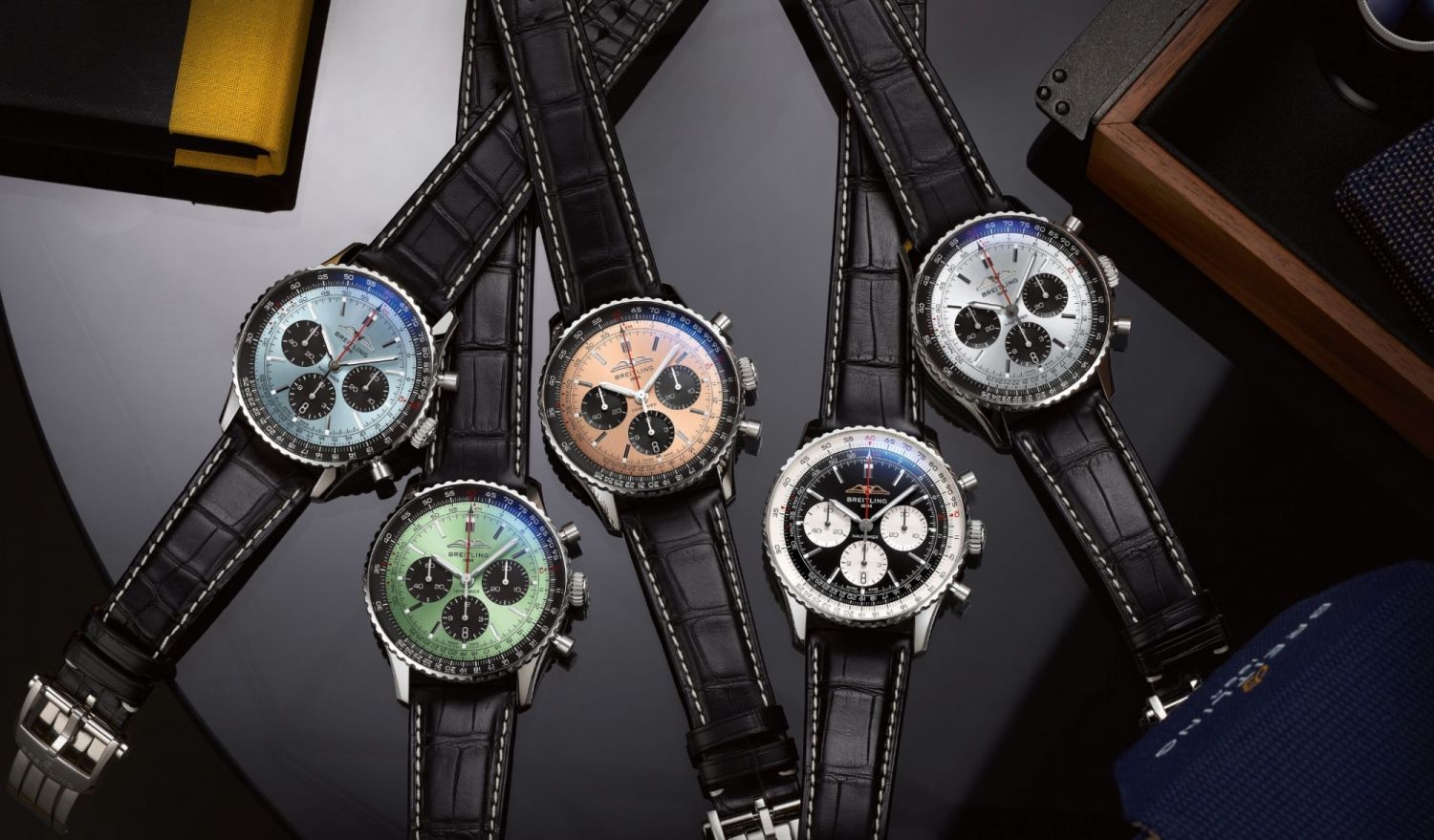 What truly stands out, however, is the range of colours that seems designed for a younger audience. Mint green, icy blue and copper sit comfortably alongside the classic hues of black and silver. “We want to target the women too,” Kern quips.

Read the rest of this exclusive interview with Kern below:

Why is the Navitimer such an enduring pilot’s watch, even today when we no longer need a watch to help with flight navigation?

Simply because it’s aesthetically beautifully and instantly recognisable. It’s among the world’s most iconic watches. Plus, the slide rule is something fun to have even if we don’t actually use it. But it works if you want to use it. I spent 30 minutes trying to understand (slide rule) the other day but it actually works.

Since coming on board as CEO in 2017, you have taken Breitling to new heights. One could even argue that you have awakened it from its long slumber. What do you want people to think when one says the name ‘Breitling’?

I hope they would say that it’s the coolest and nicest brand out there. Thank goodness we have a back catalogue of 50 to 70 years of great designs that we can use. When you have a good design, it’s forever. And we have enough material for the next 100 years.

It’s funny how my son who’s studying to be an architect chose a Superocean Heritage 57, not the more modern Avenger. So it showed that some of the design elements of our watches were already brilliant. When you do it right, it’s cool.