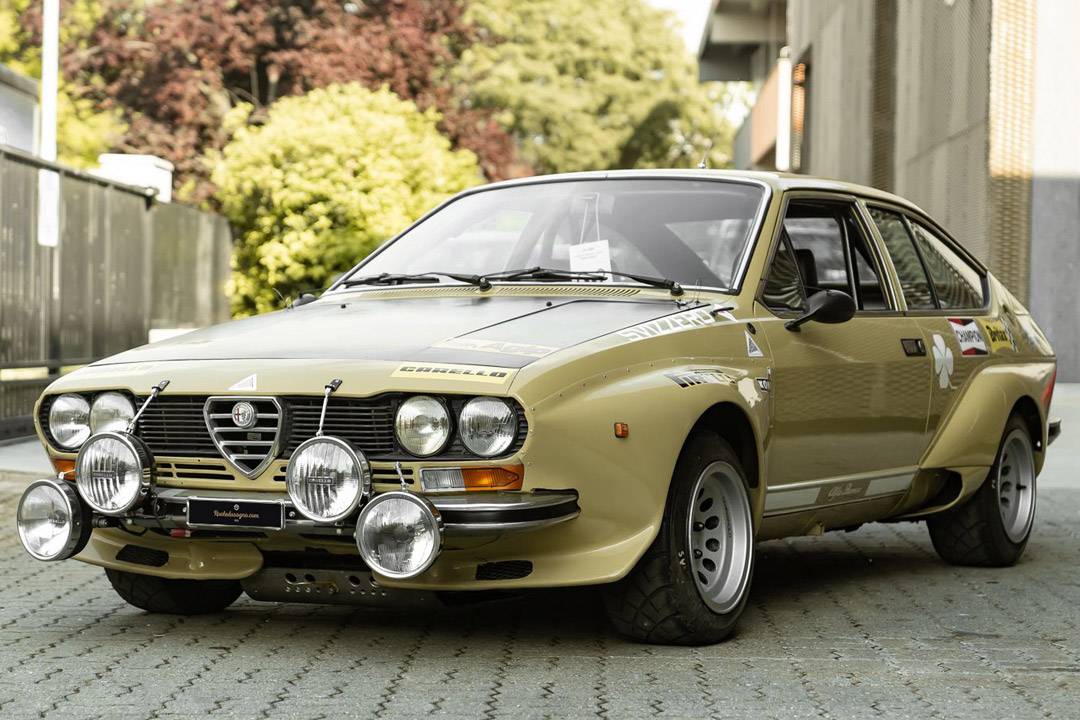 A rare Alfa Romeo racing car from 1975 is recently available in second hand market. Raced for the official Alfa Romeo Corse Team and built by the Autodelta, it is said to be one of the two Alfa Romeo Alfetta GT examples from the year that still survive.

The Autodelta was originally a small company founded by a former Alfa Romeo engineer and a former Ferrari engineer. It became an official department of Alfa Romeo in 1963, with the purpose of reviving the constructor racing team to its glorious days. This stunning Alfetta GT was one of the nine examples prepared for the 1975 racing season. Built to Group 2 specifications, it was driven in the year’s Rally Championship by team driver Francesco “Chicco” Svizzero.

The rally car still maintains the original Giallo Piper body colour, with plenty of racing stickers and four extra Carello Megalux light pods mounted to the front to tell its history. Underneath the hood is the 1.8-litre inline-four engine paired with five-speed manual gearbox. Inside, the Autodelta intercom system, race seats with four-point Sabelt harnesses, Sparco fire extinguisher and roll bars are all retained.

Seller Ruote da Sogno has kept a collection of the car’s race photos and original documents from the era It even has the original, Milan registered license plate “MIV63300” to prove its identity.

It’s All Working Out for Activewear in China | Jing Daily