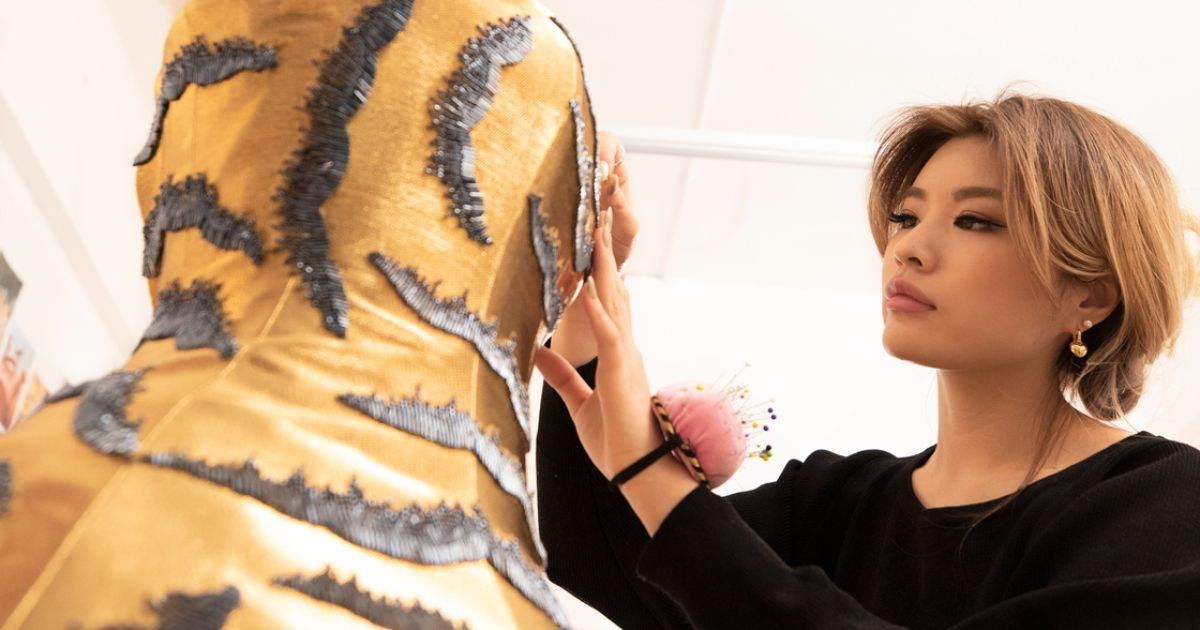 When we speak to her less than two weeks before her Milan Fashion Week show, Park shows none of the expected pre-debut jitters. “I was very surprised at the amount of work needed to organise a presentation but, with everyone’s hard work, I’m very confident it will be amazing. It still feels like a dream to me.” Dreams and escapism are common themes in Park’s work. Her mother was an illustrator, and Park grew up spending much of her time in her mother’s studio, where she would practise drawing surrounded by children’s books and fantasy worlds. Her grandmother’s expertise in embroidery was also a key influence that led to Park’s interest in artisanship.

While London has been her home for the past six years, Park’s designs tell stories that can be traced back to her childhood in South Korea. Her fall 2021 couture collection, for example, features pearl-embroidered, ocean-coloured gowns that perfectly hug women’s bodies, an ode to childhood holidays spent by the sea with her late grandmother and older women known as Haenyeo, who use traditional diving methods to collect shellfish.

3 Rules For Luxury In Web3 And The Metaverse | Jing Daily

Everything Luxury Brands Must Know About NFT Collaborations | Jing Daily