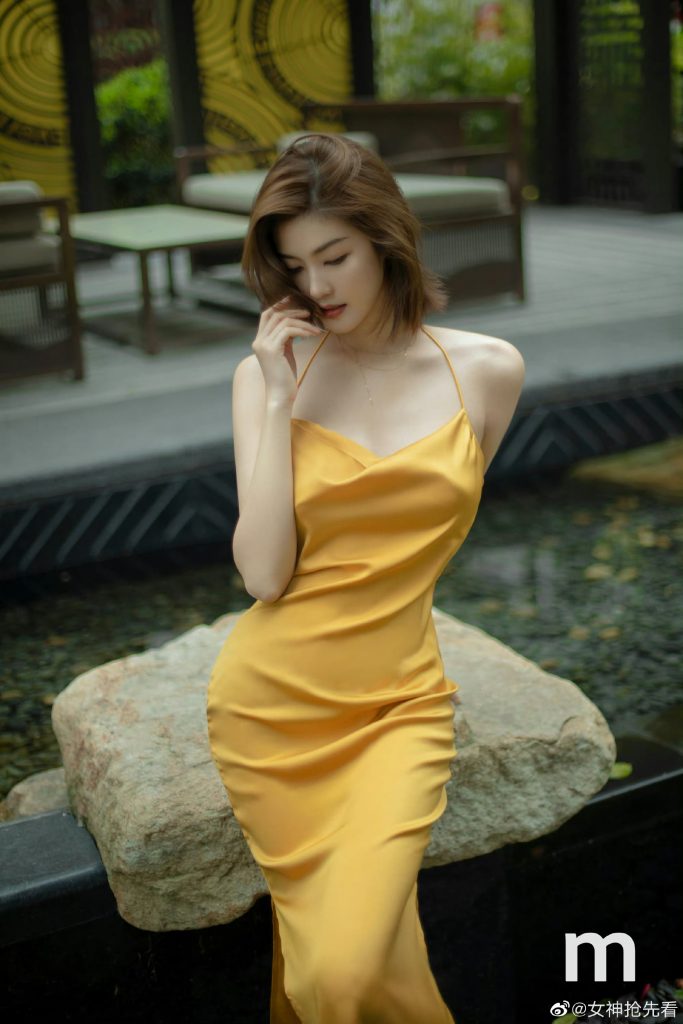 You might not have heard of the Chinese influencer and model Cheng Er. She’s best known for her hot girl summer style, has 13,700 followers on Weibo, and is often seen posing for photographs in public. However, she got more fame than she bargained for recently when what started as an average day for her capitulated her into, perhaps, unwanted territory.

On March 28, the KOL was shooting her “outfit of the day” look in a residential community in Hangzhou. She was suitably stylish, wearing a backless yellow dress and a Japanese-style school uniform (JK). However, she was soon taken to task when a mother accused her of being a bad influence on children.

The angered parent wrote: “These girls don’t even wear a bra sometimes, and some even show their open backs. I worry they will be a bad influence on the children in the neighborhood.” Related hashtags exceeded 620 million views on Weibo topping the platform’s Hot Search with many mixed opinions.

Many netizens believed the KOL did not have to apologize, stating that everyone has the freedom to wear whatever they want, including a backless dress, and mothers should not overprotect their children. Meanwhile, others pointed out that more than the type of clothing, it was the provocative pose that was problematic.

Following the event, Cheng issued a public apology. Additionally, in light of the swathes of negative comments the hashtags generated, Cheng also spoke out to raise awareness of the discrimination faced by some female influencers: “Now, ‘female influencer’ has become a derogatory term, but it is just a profession and should not carry negative connotations.”

The gap between how young locals and those from older generations view this situation is revealing. However, topics like “women empowerment” are top of mind for this younger demographic, and they’re ready to fight for the right to express themselves as they see fit. They’re also looking for brands and KOLs that align with their values.

While there is increasing openness towards topics like these, brands must also be aware of the government’s emphasis on the protection of minors. Recently, many crackdowns in the space of social media, tech, and gaming have been rolled out with the aim of protecting those underage. Given this, businesses and public figures must find the right balance between their values and the risk of a potential PR nightmare — or worse.

How Luxury Is Coping With China’s Latest Lockdowns? | Jing Daily