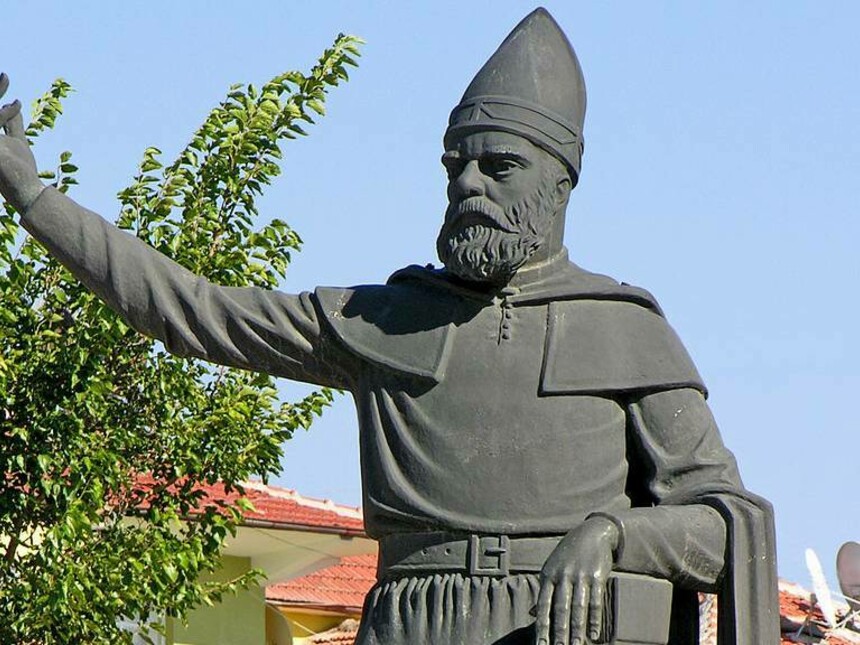 Misconceptions that people have about different religions must be corrected.
We should be willing to tolerate, help and support our common goals, while both striving to find truth of who God is and what He expects of us.

The word Islam brings to mind a wide variety of emotions in the West. Admiration and attentiveness to disgust and avoidance. Much and much has been written in history manuals, but lately, new information has emerged through research in international cooperation as well as international law. Information on the unexplainable behavior of certain Muslims requires further analysis. This is unacceptable to a lot of people who are quick to generalize. But is that the case?

Certainly not because when we talk about Islam, we are dealing with something grandiose in scope and meaning in world history, but without fully realizing its consequences. But during interaction and contact with the West strange events were recorded primarily in conflicts. The most shocking events begin with the crusades of the West on the one hand and the Islamic raids on the other hand dominate the narrative. In any case, a series of critical incidents played a decisive role in the global historic process linked to Islam.

Much has been written on Islam and its ramifications, but what has been recorded in its margins has not been analyzed, although it plays an important role today. Investigating Alevi’s case is a must.

Much has been written about them often referred to as a sect of Islam. Also, others regard them as an independent religion with philosophy and as a flow of convergent ideas. There are also some who see them as wise or sages, with a deeper epistemology, but in practice they are people who believe in Allah and the 12 Apostles. They can also be seen as a particular idealistic practical way of life, which is a form of perception in pursuits, researches and hopes.

The identification-characterization of those people who are so distant and so close to us at the same time is quite complex. But it is necessary to solve the mystery and analyze the relation with our doctrines. Their origin has to do the offshoots of Christianity, Judaism, Mohammedanism, Hellenism, Hinduism, Zoroastrianism, and Shamanism. Their entire network of life has become a practical religion with the sole goal of survival.

We would say, in principle, that they are a small part of all that we have mentioned composed of mixed attributes at the same time. But we must begin to examine the origin of the Alevi, starting with the creation of the Qur’an.

It is wise to know that historically succession in the prophetic struggle is related to the belief that Islam should influence political systems that is Islamism. Notions signifying submission to the divine will and pacification prevail with the family of Mohammed regarding the developments as a “hereditary right”. After his death things became complicated with Ali’s supporters believing that the succession should belong to him as he was a relative of Mohammed on both sides.

The division of the Muslim world between Sunnis and Shiites, the “followers on the part of Ali” (Alevis) emerges. Anyone can become an Alevi, as long as they accept the deeper meanings of the Quran and Ali’s primacy as spiritual leader. The Alevis have no restrictive religious dogma with their teachings handed down by a spiritual leader. It should be mentioned that for some spiritual interpreters of the Quran Ali is higher than Mohammed almost in the metaphysical gate (Bav). The phrase attributed to Mohammed “I am the path to heaven, but Ali is at the door.” explains many things.

The group of Alevites, who follow the broad interpretation of the Qur’an, is grafted with ideas from the golden age of the Umma intellectuals. They distinguish themselves into different groups of believers, ideological “sects” with ramifications and interconnections. These belong essentially to the Shia branch, but also Sunnis with a similar spiritual orientation can participate. They see the Qur’an as an in-world rather than out-of-world creation. In the interpretation of the Qur’an, they focus on hidden symbols.

The Alevis come from Persia and lived and taught in the thirteenth century, at the beginning of Cappadocia. Their founder is considered to be Haji Bektash Veli a Sufi monk, who comes from the family of Ali while his followers are called “Bektashis”.

For the Alevis the earthly west-oriented philosophy, on one hand, and the heavenly east-oriented religion on the other combine. Together with shamanism from the north and magic from the south form a rectangle with approximately Cappadocia in the middle of the so-called Intermediate Region.

They can be defined as people who follow a mixture of ideas structured in an environment of survival and philosophy. The ideas found fertile ground and developed in the metaphysical geological context of Cappadocia. Cappadocia, due to its natural peculiarity, was a center of divine faith. Ideas of the Greek way of life blended with Asian culture coming mostly from Persia, Pakistan and Tibet. During the course of their history, their shamanistic infrastructure was influenced by the Zoroastrian Persians, the Jews and the Christian agnostics, especially Arius and Mani. The last influences were from the Arab Muslims of the golden age of Ummah of Baghdad.

Under the Seljuk State, then under the Ottoman Empire, they acquired a reputation as ascetic monks and an invisible priesthood under the label “Alevis monks”. But after 1500 AD, trying to establish a secular religious authority in the Ottoman state, they suffered marginalization and persecution. There is every reason to believe that the Seljuk and at least the 10 first Ottoman sultans were Alevis or were tending towards an amalgam of Alevis.

In their settlement in the so-called “Rumis country” they clashed with the inhabitants and loyalties were agitated. In general, they are found in large numbers in isolated (rural) areas and in fairly large numbers in poor urban districts, distinguishing themselves from Sunni Turks. Numerically, they claim that they represent 20-35% of the population of Turkey, while according to the Sunnis they are approximately half of it (10-20%). Regardless of their numbers, they constitute the first largest religious minority in Turkey or the second largest religion in that country.

In relation to other religions, they take converging positions. Their tolerance of differences in status and their flexibility have reached the limits of secularism.

Concerning nature, they accept the theory of the 4 elements of Ibn Al-Arabi (related to Empedocles), which occurs with a destructive course. They see the path to completion as a path with 4 gates, faith, thought, knowledge and truth (or according to others wisdom, brotherhood, knowledge and truth).

Their perspective and purpose are linked to the creation of the “perfect man”. They believe that the effort must begin with the control of the hands (actions), and the tongue (words) and end with the reproductive activity (temperance). They show love to anyone who supports the idea that it doesn’t matter what everyone thinks, but what kind of person he is.

In addition to their belief in Ali, the imams that historically followed accepted Jewish prophets and Christian saints, and considered Christ a prophet.

They do not accept sharia (in the strict sense), avoid head coverings (women use headscarves only in rituals). Also they do not follow Ramadan or the annual pilgrimage of Muslims to Mecca. They permit living in monasteries despite the prohibition of the Koran and they are not circumcised.

They believe that men and women are equal to God and they follow monogamy. They believe in the Holy Trinity in the sense of God, Matter and Spirit and they have 12 imams like the apostles, where each is a part of an entity. They work hard, but they drink, dance, sing and fall in love with relative freedom, act like epicurians in contexts. They regard adultery, divorce and malevolence as serious sins, subject to expulsion from their community. They use holy water, have candles, and practice a type of baptism. They drink alcoholic beverages and have strong Dionysian elements detected in their rituals. The holy ministers use a distinctive clothing similar to those of the Judeo-Christian beginnings and wear a hat with solar symbols of Zoroastrian origin.

But Islam today cannot fully describe the Alevi setting. We believe that the Alevis are oriented towards Islam, but we have found that they maintain values very close to European values. The idea that Alevis in Turkey are closer to Christianity than Islam is made by a renowned Turkish newspaper Sabah (haber3 16/7/2013). Moreover, it has been revealed that in Germany, where large communities of Turkish Alevis lived, there is a Alevi Institution with the very characteristic title “Union of the Brotherhood of Christian Alevis”. These events describe the debate over true religious identity and the true origins of the Alevis who regard themselves as possible descendants of the Christians of Asia Minor.

The conclusion is astonishing: some Alevis do not feel Muslim, but they are much closer to the Christian religion. Additional information suggests that Alevis have more in common with Christianity (and of course the Orthodox branch from which they originated) than Islam. It should be noted that some characteristics of the Alevis distinguish them completely from Muslims and equate them more with Orthodox Christians.

Does the Alevis case represent a positive future in relations between Islam and the Christians who deserve to be supported?
Very likely, but we don’t know.

Will Gen Z Break Up With Your Luxury Brand? | Jing Daily