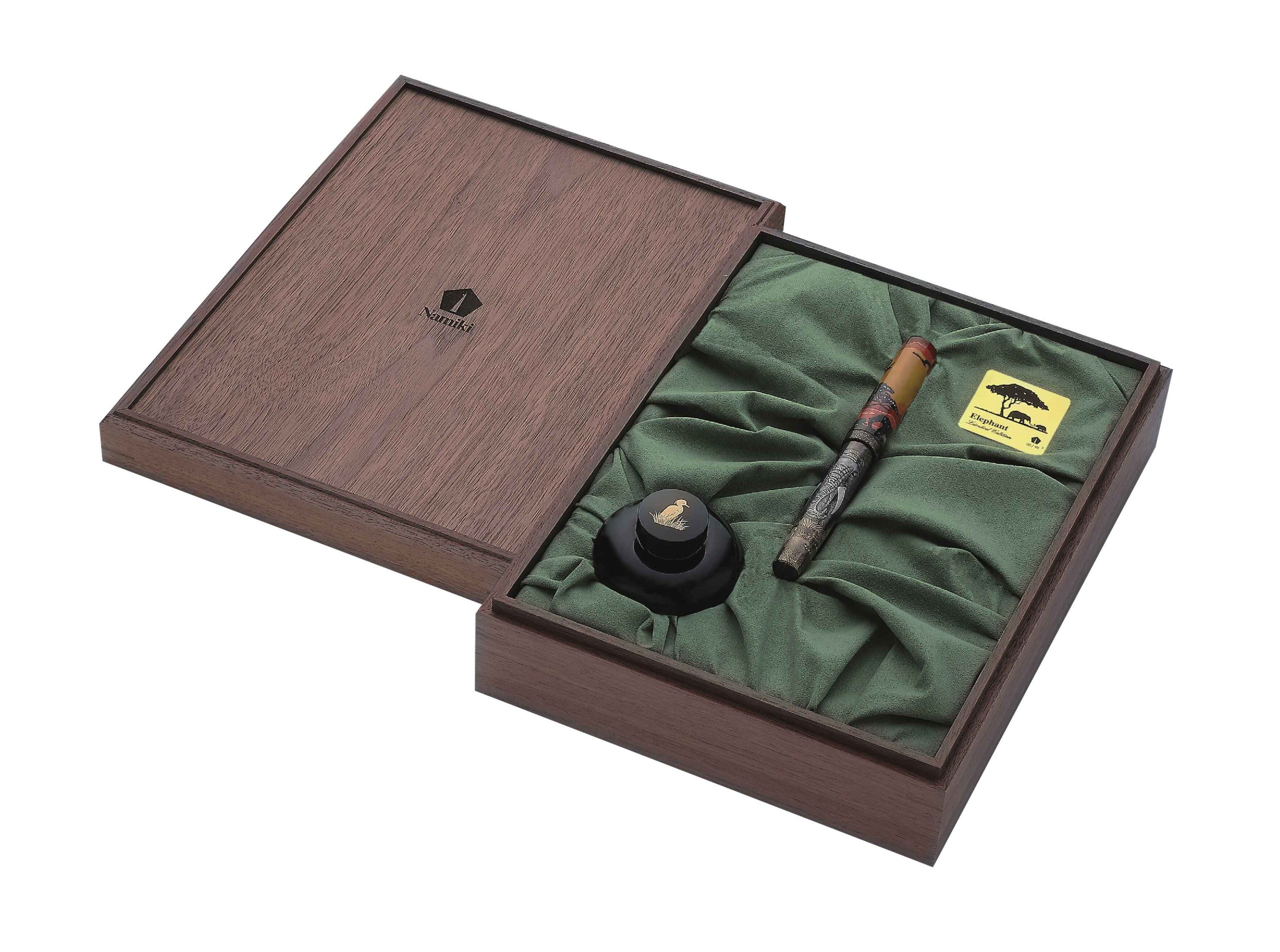 For its latest offering, Pilot Pen, producer of the luxurious Namiki Maki-e fountain pens, takes inspiration from the grandeur of one of the world’s most revered animal – the African elephant. The Namiki Elephant 2022 is a limited-edition Emperor-vest-body style pen that’s limited to just 99 pieces.

More than just design inspiration, the African elephant is a venerated creature thanks to its long life (with an average life expectancy of 60 years), making it the perfect symbol for survival, prosperity, and a life well lived. Beyond this, the gigantic mammals are also considered intelligent, wise, patient, and fiercely loyal. What’s more, they have also come to symbolize family happiness because they live in close-knit family groups.

Beautifully immortalized on this Namiki fountain pen’s cap is a fiery sunset over the Savannah, while the front of the barrel features a single elephant that’s brought to life using Shishiai Togidashi-Taka Maki-e (Combined Raised and Burnished Maki-e). This technique allows for the elephant’s strength and skin texture to be felt.

In addition to the vibrant hues and central image of the grand mammal, the fountain pen also depicts an egret bird, which has a symbiotic and beautiful relationship with the elephant. Egrets eat the parasites that live on the elephant’s skin and elephants reciprocate by protecting the birds from predators.

This unique Savannah landscape is depicted to recreate an entire scene on a single fountain pen, which evokes dignity, wisdom, and love.

Beyond being a beautiful work of art that Namiki collectors anticipate with excitement, the fountain pen is also an instrument that helps raise awareness on the plight of the African elephant. In recent years, elephants on the African Savannah have been threatened with extinction because of poaching and habitat loss. In the future, it is important to think of ways to protect these noble animals and prevent environmental destruction further, which is what the Maki-e artisan who created this scene, Mamoru Wakabayashi, hopes his work will achieve.

An Appetite for Good: The Restaurants in Asia Inspiring Change

‘TIME ONLY’: FOR THE FIRST TIME, THE BIG BANG INTEGRAL IN 40 MM