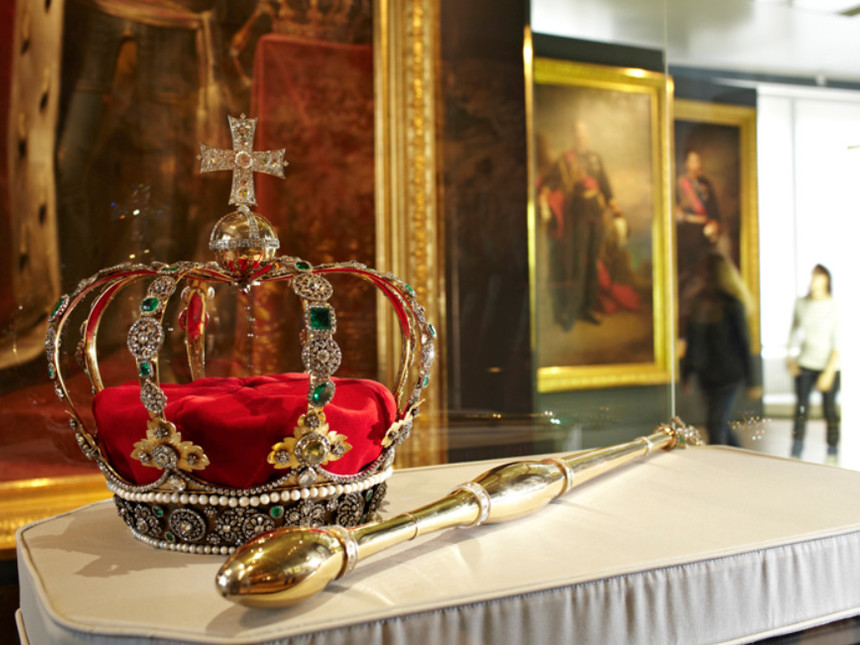 Stunning Stone Age art, precious grave goods, powerful kings and much more await visitors on the 2nd floor on a tour of seven periods and over 80,000 years of cultural history (s) on 2,400 square meters of exhibition space. In the center of the chronological presentation of the extensive are collections of the Landesmuseum Württemberg. Starting from the Paleolithic to the timeframe covered until the early 20th century: Visitors can expect unique encounters: from the oldest works of art of mankind Celtic art, Roman treasures and sacred objects from the Middle Ages up to the crown jewels of the kings of Württemberg. At the numerous participatory and media stations of the children level can experience the whole family interactively exciting cultural history (n).

The tour of the permanent collection starts at the traces left by our ancestors before 240,000 years ago in Bad Canstatt and works of art as the “bone flute”, one of the oldest musical instruments in the world, or made of ivory about 35,000 to 40,000 years old, ” lion head “. Continue the tour follows probably the most profound upheaval in human history – from hunters and farmers groundbreaking innovations such as the processing of copper and the invention of the first edges into the next era.

With its finds from the Bronze and Iron Ages, the Württemberg State Museum has one of the most important collections in Europe: richly decorated pottery, magnificent jewelry, tools and weapons from sumptuously furnished graves. The transition from the older to the younger Iron Age can be read most clearly in crafts. Organic-looking plants and circle ornaments, fantastic mythical creatures and demons grimaces as the mask brooch from Criesbach-Ingelfingen are the determining motives.

On the front an eagle with outstretched wings – face helmet Pfrondorf one of the best preserved of its kind, he is part of the exhibition on the Romans, the insights into the time when Southern part of the Imperium Romanum was.. Although this was only a little more than two centuries, the Romans have left this country a plethora of products. This exciting era testifies to the strong Roman army, it was considered the backbone of the power, but also the everyday life of the provincial population and the complex religious beliefs and the belief in an afterlife.

The Department of Early Middle Ages is divided into three exciting sessions: the migration period, the rule of the Frankish Merovingian and the Christianization of the Alemanni. After the Romans, Germanic tribes moved into the region. Over time, the various immigrant groups grew together to form a new tribal confederation: the Alemanni. Very little written records have survived, but precious and diverse grave goods such as jewelry, vessels and weapons. The Merovingian period was marked by struggle and war, but also of openness and spatial and social mobility.

The objects of the Middle Ages in the collection of the National Museum Württemberg originate for the most part from the sacral area. Therefore, in this issue of the Christian faith and the practice of piety involved is discussed. The Talheimer altar with its carved shrine is a major work of medieval department and a characteristic work of Ulmer Art. He is an example of the many religious and costly foundations wealthy creditors to care for the hereafter. In addition to the “church” is dedicated to “pilgrims” another area. A main work is the Holy Blood panel from Weingarten.

The Duke time (1495 to 1806) is divided into four chronologically consecutive room units, at its end the state portrait of the first king of Württemberg and its insignia – crown and scepter – appear. The imposing entry form four large-format portraits of Duke. The second, very darkened room is reminiscent of the ravages of the Thirty Years War. “Splendor and education” are the motto of the third space. Its design is reminiscent of a royal ambience of the 18th century. The third section shaped by the politics of Napoleon period 1803 to 1806 is treated, which brought significant for Württemberg territorial enlargements and the increase in the UK with it.

The portraits at the beginning of the Herzog time correspond to the large state portraits of the four kings of Württemberg, which initiate the last exhibition area. The four kings Friedrich Wilhelm I, Karl and Wilhelm II. Devoted four cabinets with objects that show not only aspects of their political activity, but also private and family sides. Compared to the static King cabinets is as “Space” of the era, a stylized train. He stands for mobility and industrialization and the frantic development of civil society. The era image ends with a view of the First World War at the end of the abdication of the last King of Württemberg stands.