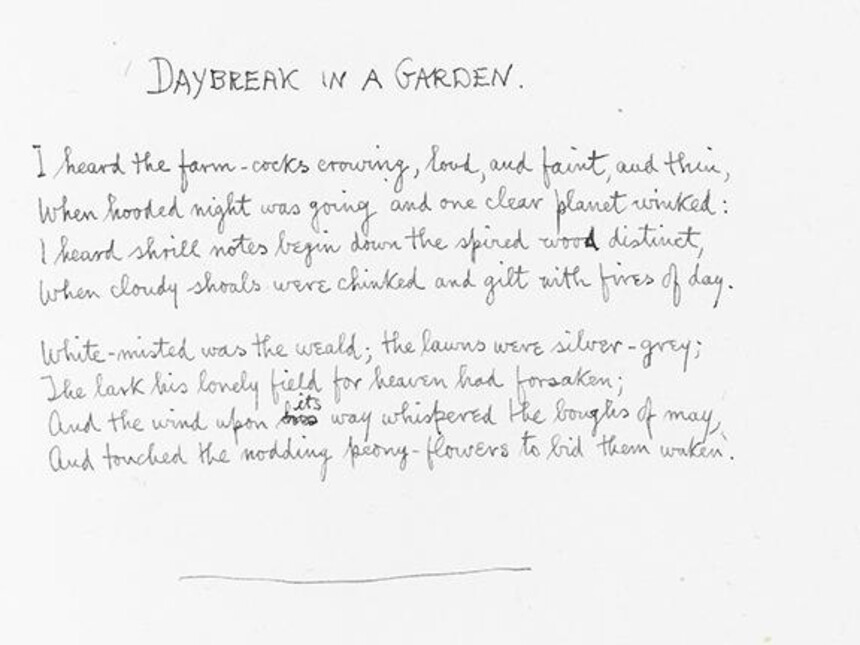 Under the extraordinarily dynamic Directorship of Sydney Cockerell (1908-37), The Fitzwilliam Museum acquired a remarkable collection of manuscripts and autographs associated with some of the towering figures of literature and art.

These include the original draft of Keats’s Ode to a Nightingale and Thomas Hardy’s autograph manuscript of Jude the Obscure; Virginia Woolf’s hand-written draft of A Room of One’s Own followed soon after.

An important and revelatory series of letters by Charlotte Brontë, autograph copies of works by World War I poets Rupert Brooke and Siegfried Sassoon, and extensive literary holdings from the Pre-Raphaelite circle and Arts and Crafts movement all testify to Cockerell’s holistic vision of literature and the arts.

Our Favorite Affordable Watches to Shop for Less Than $200