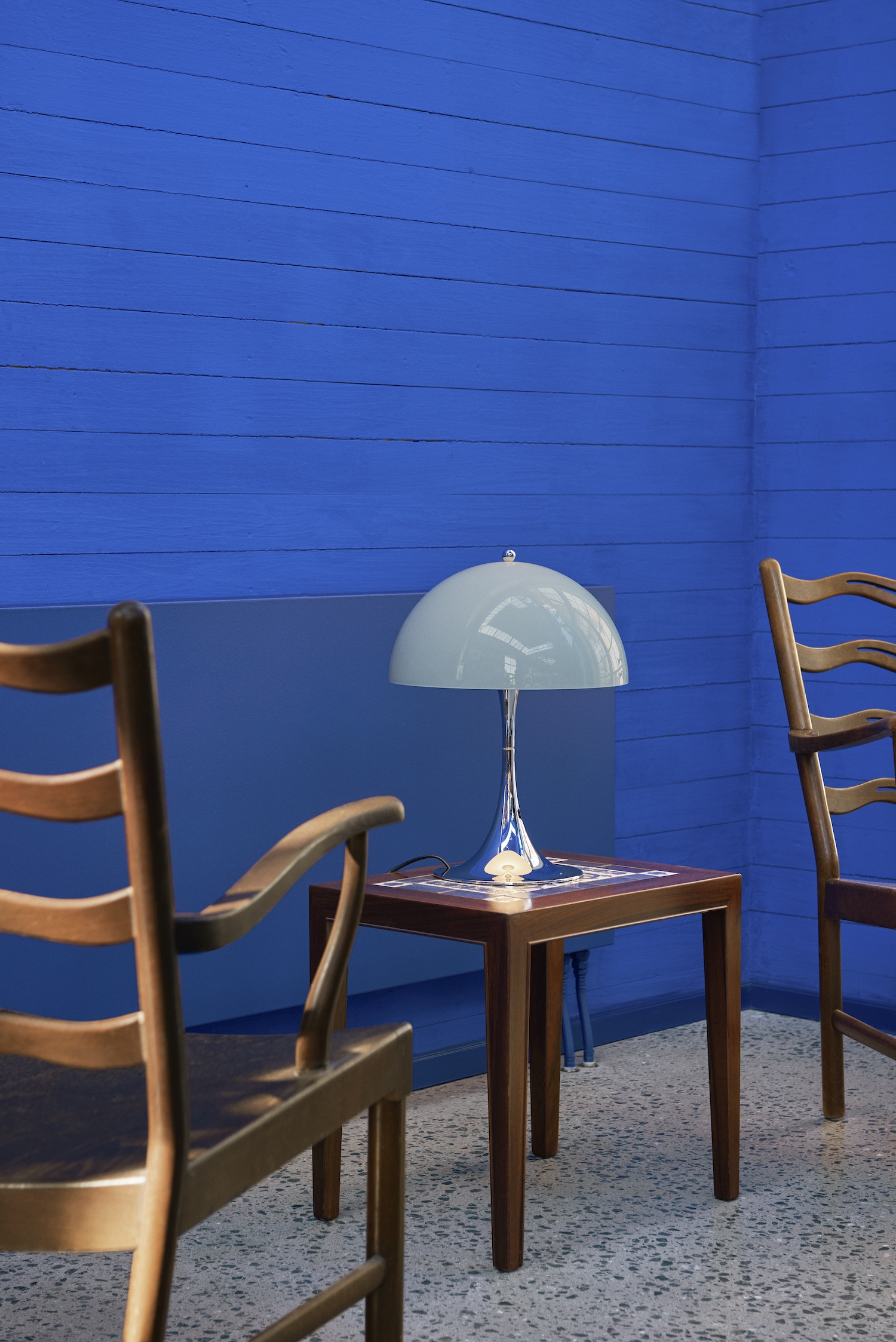 The right people will tell you that interior design in the 70’s was a perfect time for maximalism and minimalism to co-exist. Pierre Paulin sofas and the like in every shape and colour filled living rooms and vestibules (have you seen the Multimo?), and the sudden introduction of a curved nook in a linear space was, for less of a better word, groovy.

In 1971, Danish architect and designer Verner Panton designed a lamp that embodied the 70s spirit — it was curved top and bottom, with a hemisphere dome and a trumpet-shaped base. The latter was finished in a high-lustre chrome, while the shade was coated in an opaque grey opal in contrast.

It was called Panthella, and fellow Danish lighting manufacturer Louis Poulsen brought it to life.

At a time when Scandinavian design exercised contemporary design with the use of classic materials, Panton was more interested in experimenting and working with different mediums, such as plastic, foam, and Plexiglass.

He thus sought to create graphic and figurative luminaires, which could act as small sculptures in themselves, while also being functional. Besides being a lampshade, light would bounce off the Panthella’s reflective base — a design that meets Panton’s own brief.

Now five decades later, Louis Poulsen reintroduces the iconic Panthella in all its original glory. As part of the Spring 2022 collection, the opal grey Panthella returns, and is available in three sizes — Table 320, Mini and Portable.

Its organic design, albeit retro, invites nostalgia to today’s modern spaces. Its curvature silhouette is a welcome addition to contrasting hardscape like wood and marble, creating an effortless ambience.

The Panthella has had various renditions, from chrome to brass, orange, and green, but the grey opal is a desirable homage. Of its sizes, the Portable, being cordless, has three light settings, making it ideal to transform any space, indoors or outdoors.

It is said that Panton was famous for his inspirational and colourful personality, and for saying that the main purpose of his work was to provoke people into using their imagination. We’re now well ahead in the 21st century, and the designer’s works still ring true.

Into the Deep: Maldives Revisited