LV Campaign Taps Messi And Ronaldo As Qatar World Cup Kicks Off. Should More Luxury Brands Get In The Game? | Jing Daily 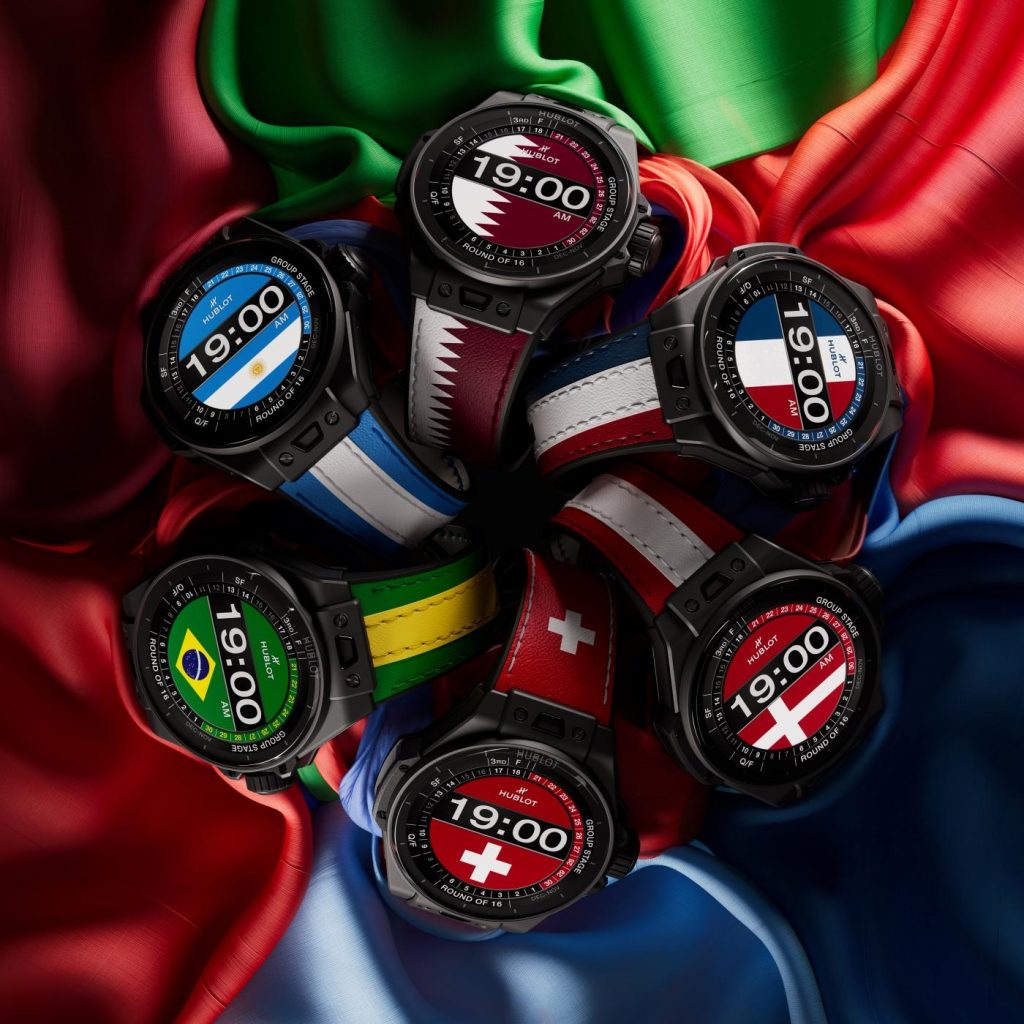 LV Campaign Taps Messi And Ronaldo As Qatar World Cup Kicks Off. Should More Luxury Brands Get In The Game? | Jing Daily

The FIFA World Cup has just kicked off. The world’s largest sporting event is more than just a football tournament. It is a global spectacle that showcases the heights of sporting excellence, national fandoms, the architectural splendor of stadia, and the culture of its host country. Taking place in Qatar, the decision to stage the competition here has proved controversial, with the country’s human rights record receiving unfavorable coverage from much of the western media.

Football (known as soccer to the US) has become a cultural phenomenon which brands are eager to be associated with. Louis Vuitton set social media alight with its latest “Victory is a State of Mind” campaign, featuring Lionel Messi and Cristiano Ronaldo and shot by Annie Leibovitz. Luxury brand collaborations with players, teams, leagues, or grand tournaments are no longer out of the ordinary. Hublot, for example, is the Official Timekeeper for the FIFA World Cup.

And yet, China is often overlooked as a footballing nation despite its strong obsession with the sport. The hashtag “World Cup” has 36.4 billion views on Weibo as of yesterday, and the “England vs Iran” hastag garnered 180 millions views. The FIFA World Cup is a timely reminder that the fusion of football and luxury holds great opportunity on a global stage.

Although China did not qualify for the FIFA World Cup, 65 percent of all Chinese respondents plan to watch the proceedings compared to only 24 percent in the US. Viewing data from the last FIFA World Cup 2018 shows that China matters. More than 655 million individuals in the country tuned in to World Cup coverage, accounting for 18.4 percent of the global total. The bottom line is that brands, luxury or not, can use this engagement to reach new audiences that may be otherwise difficult to reach.

The popularity of both Messi and Ronaldo are huge in the mainland: LV’s campaign already has had a huge impact, with Messi’s Weibo account garnering 24,000 likes on the news and Ronaldo’s 26,000 likes. In Mailman’s Red Card 2022 report, today, Ronaldo is the most popular footballer online in China with nearly 8 million followers on Kuaishou and over 8 million followers on Weibo. The posts with hashtag “Messi and C Ronaldo appear in advertisement together for the first time” gained 13.4 million views, whereas “PS (photoshop) of Messi & C Ronaldo” gained 78.4 million views. Most posts expressed their love and support for both stars and didn’t mind that the photo had photoshopped the two together. In 2010, LV bought together three footballing greats in Maradona, Pele, and Zidane for an all-time commercial.

Basketball may vie with football for most loved sport in the country but according to Nielsen data, 40 percent of Chinese do have an interest in football. And an Ipsos survey found that 17 percent of Chinese respondents consider themselves passionate about the sport, on par with Germany and just behind Italy (19 percent).

Luxury houses have long used sporting icons in marketing campaigns. Football is, however, unique as it gives a distinctive edge in shaping countercultural trends. See, by way of example, The Art of the Terraces exhibition — just opened at Walker Art Gallery in Liverpool, U.K. — which documents the relationship between football, fashion, and popular culture. Luxury lines are searching for street credibility to attract younger consumers, and football can help to make that vital connection.

This doesn’t mean that brands need to compromise on exclusivity. Louis Vuitton’s leather goods capsule collection for FIFA World Cup Qatar 2022 taps into a footballing theme. Likewise, Hublot launched The Big Bang e FIFA World Cup Qatar 2022, which, according to its website, is “designed for style-conscious people who lead active lives — and who love football.”

The decision to award the World Cup to Qatar has been widely criticized in several regions due to the state’s LGBTQ+ criminalization, migrant worker conditions, and women’s rights. Although data from Kantar reports that only 29 percent of World Cup fans in China are concerned about human rights issues in the host nation, sponsors face a dilemma on how to avoid a possible backlash. This is a delicate balancing act that involves labels creating associations with the prestige value of the tournament rather than the host country. For example, since 2010, Louis Vuitton has provided the travel trunk for the World Cup trophy.

The rules of luxury marketing are being rewritten and the sector is no longer watching from the sidelines. Football is a ubiquitous sport that unites the globe, played on dirt roads and multimillion-dollar stadiums — but the FIFA World Cup is an elite tournament. Moreover, luxury groups are competing to sign the biggest names in the game: David Beckham’s career is a prime example of legendary football status leading to global celebrity status and the luxury ambassadorships and partnerships that come with it. 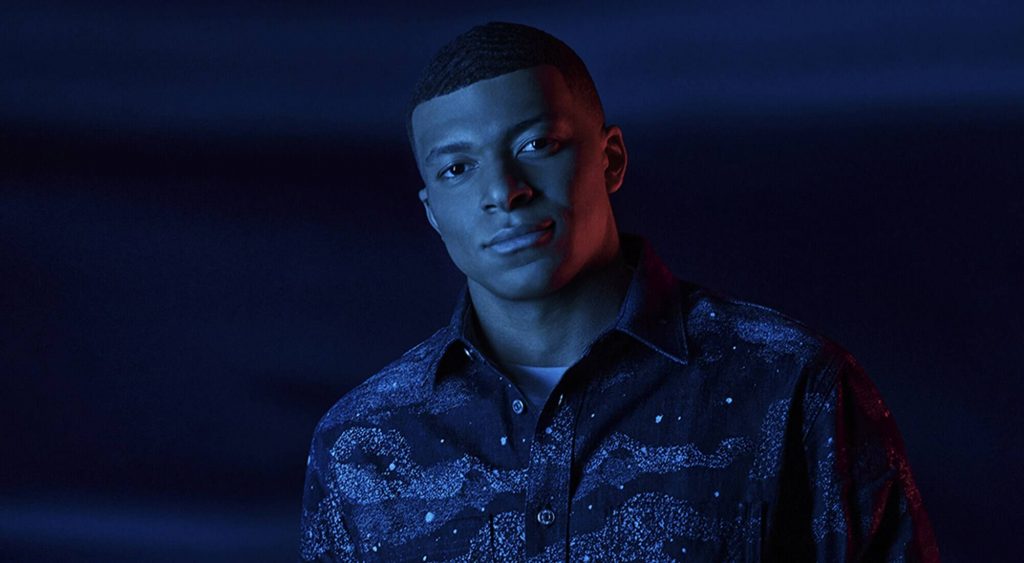 Messi and Ronaldo might be long-time favorites, but the forthcoming FIFA World Cup will reveal new sporting icons with a global appeal. Indeed, Kylian Mbappé, one of the fastest-rising stars in the world of football, is a brand ambassador for Hublot and Maison Dior. Any relationship between luxury brands and football has to be carefully managed, but the China market is a goal that can’t be ignored.

Glyn Atwal is an associate professor at Burgundy School of Business (France). He is co-author of Luxury Brands in China and India (Palgrave Macmillan).

Heart Evangelista: 5 of Her Best Looks at the 2022 Cannes Film Festival