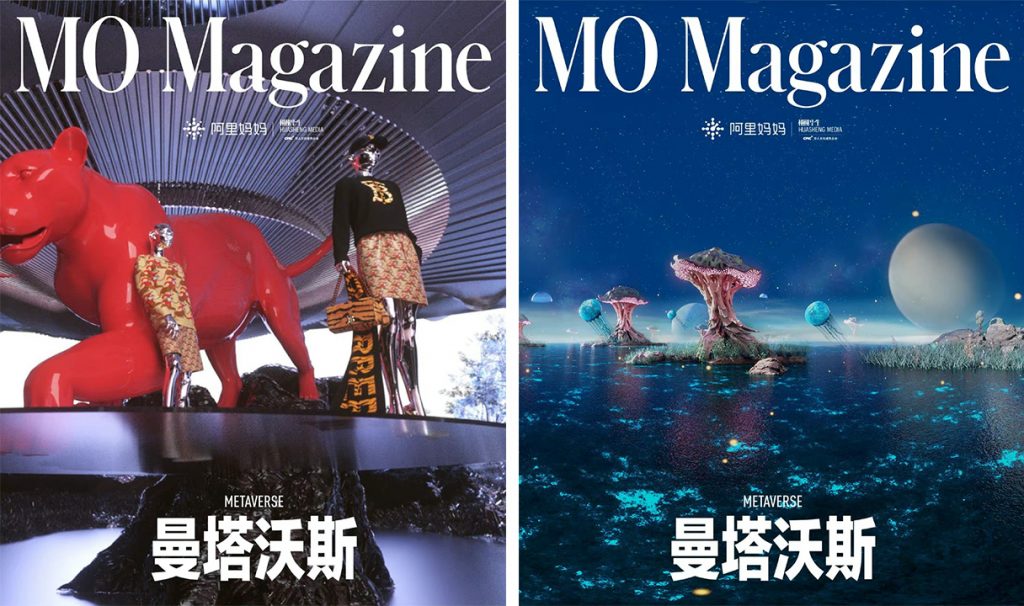 What Happened: Picture an ultra-futuristic landscape with high-speed spaceships flying through galaxies and a voice echoing in the background that says: “Welcome to the metaverse, we’ve been waiting for a long time.” This is the opening from a video of the first virtual magazine, MO Magazine, co-launched by the local media group, Huasheng Media and Alimama, Alibaba’s online technology platform. AYAYI, the virtual personality created by Alibaba, and the digital version of renowned Chinese actor, Jing Boran, serve as guides for users. The video has garnered an impressive 400,000 views within two days of its release.

MO, which stands for Meta Origin, derives from the homonym of “more,” implying that more content and innovative experiences can be expected from the virtual magazine. In a thought-provoking way, the publication aims to pay attention to trends in the fields of fashion, business, art, and technology.

The Jing Take: For centuries, print has been the main vehicle for the passing along information. Today, however, this new medium — in the form of a virtual magazine — replaces the conventional reading experience with an immersive VR environment, opening up infinite possibilities for completely new content formats. While the technology may still need to evolve a bit to be fully embedded into people’s life like a new form of social media, the foreseeable future holds a great deal of potential, especially for luxury houses looking to explore new ways of reaching consumers, from livestreaming fashion shows to engaging with netizens in new and interactive ways to promoting innovative brand campaigns.

Moreover, the initiative follows other local tech giants racing to tap 2021’s hottest trend in China and beyond — the metaverse. While in the West Nike has created Nikeland, initiatives like these are less likely to be exported in China due to China’s “Internet firewall” barrier. In fact, the country is building its own blockchain and NFT infrastructure that differ in some aspects from the rest of the world. As such, brands have no choice but to rely on third-party platforms. This will potentially lead to the creation of a centralized metaverse site in China.

Recently, TikTok’s owner Bytedance, launched the metaverse social app Party Island and local search engine Baidu created a virtual space that could support up to 100,000 users at a time. However, Huasheng Media and Alimama’s partnership, by introducing the first virtual magazine, is taking their commitment a step further. As such, China’s newly-formed metaverse may be just the opportunity luxury has been dreaming about.