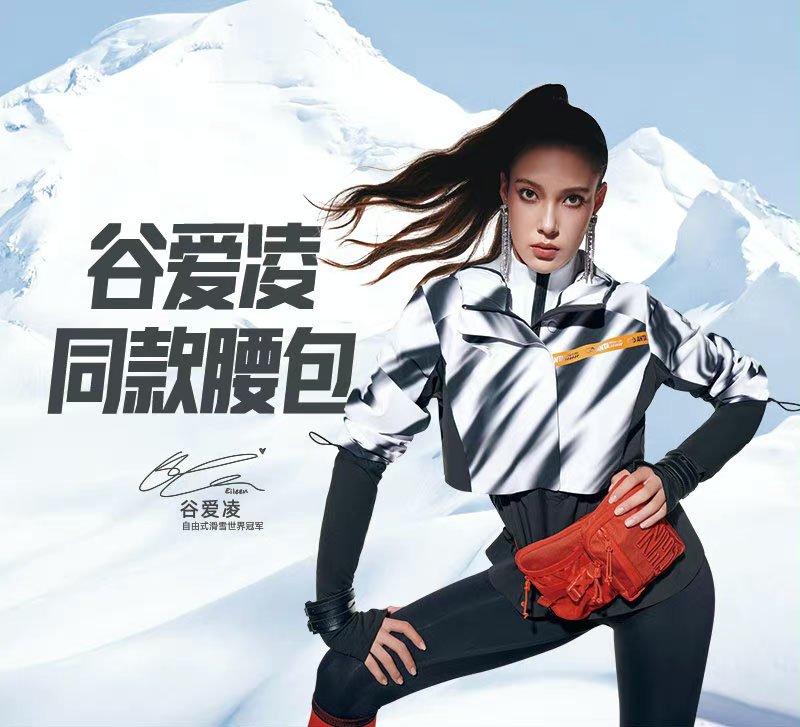 Hong Kong-listed sportswear label Anta celebrated its 30th anniversary last year with solid sales growth and a pledge to expand its market share in China over the next five years. The “Lead to Win” acceleration plan falls within a wider 10-year strategy “to become a globalised multi brand sportswear group.”

In 2021, revenue rose by 39 percent to $7.75 billion (49.3 billion RMB), with roughly half of this coming from Anta itself (which grew by 53 percent). Fila used to be the largest in the group but it grew only half as fast in 2021 and was overtaken. The two outfits together account for 93 percent of the company’s total revenue, with others such as Descente and Kolon Sport making up the rest.

Now that Anta has taken the lead, it is likely to keep it. The label has just over 9,400 stores (mostly in the mainland), far outstripping Fila which owns a little more than 2,000. As the official partner of the Beijing Winter Olympics, Anta provided Chinese athletes like Eileen Gu, and Wu Dajing with equipment and apparel — enjoying huge exposure as a result. The sales impact will be seen in the coming quarters.

August saw China’s State Council push forward with a mass fitness program, which is projected to generate billions in income for the sportswear industry. In addition, the highly fragmented kidswear market is still under-exploited (the top 10 sports brands combined have only a 20 percent market share), making it a target for Anta.

Despite the strong performance and prospects, the group’s stock tumbled after its results were released on March 22, continuing a steady decline. During the past month, the shares slipped by 8.7 percent and they are down 32 percent over the past 12 months.

The group stayed focused on five core areas: basketball, running, fitness, badminton, and sports casual and put R&D investment into professional products. By presenting an original interpretation of Chinese culture and fashion in new lines, it has expanded its consumer base. Li-Ning also further diversified its entertainment marketing model for the sports casual category: with emphasis on sports fashion segments favored by young consumers.

At the end of 2021, Li-Ning points of sale in the mainland (excluding Li-Ning Young kidswear stores) rose marginally to 5,935. Last year, Li Ning Young positioned itself as the “fashionable professional sports kidswear brand originating in China” to capitalize on rising Chinese patriotism.

Referencing the Covid pandemic, Li-Ning (the eponymous joint CEO of the group) stated that “health consciousness has been rising and demand for sporting goods has remained robust. Against this backdrop, we continued to focus on the value of the Li-Ning experience and have demonstrated stronger brand resilience. We strongly believe the sports industry has a promising outlook.”

Hong Kong-listed Li Ning stock bounced upwards after it announced its annual numbers on March 18. Over the past month it is up almost 3 percent, and over 12 months it has risen by 12 percent.

Greater China headwinds continued to buffet global sportswear giant Nike in the three months up to February as revenue in the region contracted yet again, though this time by 8 percent instead of double digits.

Nike may have been helped in the quarter by the “Never Done” campaign during the Beijing Winter Olympics, which featured snowboarder Cai Xuetong and picked up 6.1 billion impressions. 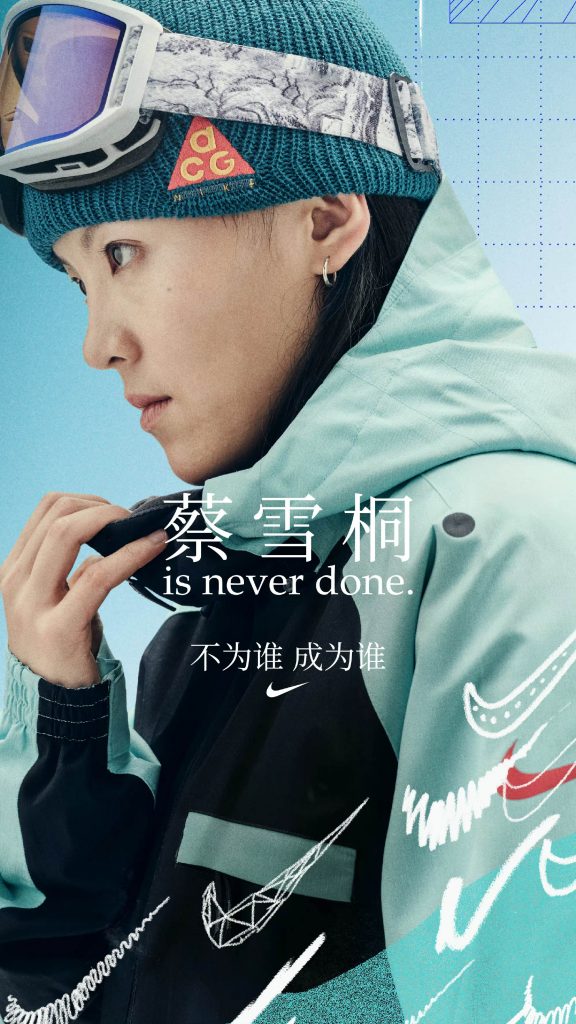 But as the only region to be negative, Greater China dented Nike’s global growth. Total revenue rose 8 percent to $10.9 billion on a currency-neutral basis in the company’s fiscal third quarter, led by Asia Pacific/Latin America with a 19 percent hike. Greater China contributed $2.16 billion.

CFO Matt Friend said in an investor call that he was upbeat when it came to China, noting that results there “were in line with expectations, with sequential improvement versus the prior quarter.” He added: “As we continued rebuilding local brand activities in this quarter, Nike was rated the #1 cool and #1 favorite brand in China. We are also observing improvements in full-price realization.”

Part of the process is to onboard members in stores, which tends to accelerate in-store conversion. “This quarter, we extended this model globally, including two new connected partners in Greater China: Topsports and Pou Sheng,” Friend added.

Nike’s results (released March 21) did not have a major impact on the stock. Over the past month, the shares are up 5 percent but so far this year (to April 8), they are down 23 percent.