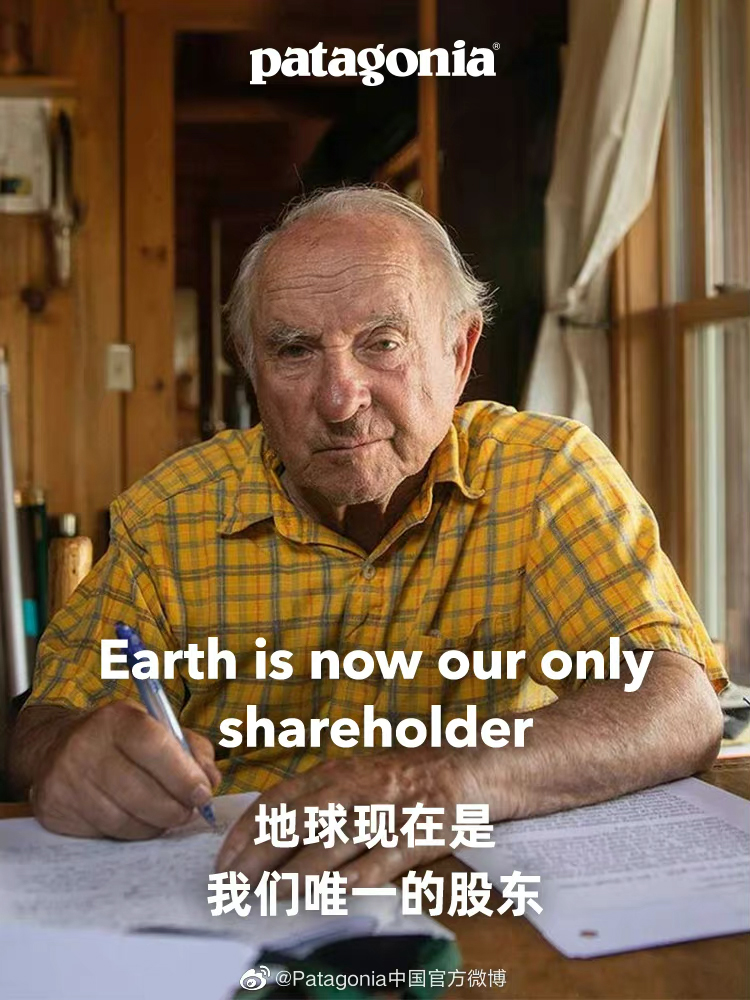 What Happened: Since it was announced on September 14, the Patagonia family’s move to give all company shares away to fight climate change and protect unspoilt lands has sparked a wave of positive feedback in China. The hashtag #PatagoniaFounderGaveAwayTheCompany has over 1.8 million views on Weibo and media outlets such as The Paper, YiMagazine, and Jiemian News have covered the news. The 83-year-old billionaire Yvon Chouinard, the founder of the California-based outdoor clothing brand, has created two new entities to hold its stock valued at around $3 billion: the Patagonia Purpose Trust and the Holdfast Collective. The former will ensure the company’s actions are aligned with its stated commitments on environmental and social impact while the latter will funnel profits raised for biodiversity protection and restoration.

Patagonia’s founder Yvon Chouinard and his family members gave away their non-voting stock, worth close to $3 billion. Photo: Patagonia

The Jing Take: According to a consumer intelligence report released in August by accounting firm PricewaterhouseCoopers, Chinese consumers have shown a growing awareness of environmental, social, and corporate governance, and presented a stronger preference in brand values aligned with themselves. This can be seen in the goodwill generated for the company (which hits about $100 million a year in revenue) since the news. In addition to media coverage, multiple netizens shared personal stories about their Patagonia products and praised the decision.

Patagonia has often been known for an insightful if sometimes seemingly paradoxical brand strategy, such as the counterintuitive advert: “Don’t buy this jacket.” In recent years, its anti-consumerism stand has been also visible in the local Chinese market, especially when it comes to the country’s exploding shopping carnivals.

In 2020, Patagonia’s Worn Wear 2.0 — promoting the recycling of used clothes — was launched as an exhibition in Shanghai’s K11; it educated audiences on the value chains behind their consumption. In 2021 and 2022, the pioneer opted out of the 618 Mid-Year Shopping Festival, urging consumers instead to “Buy Less, Demand More” while continuing to promote its trade-in program.

Activities like these look counterintuitive to driving sales. But perhaps this is exactly the sort of disruptive moment the fashion industry (and the world) needs? In the long term, this authentic commitment to environmental protection, social responsibility, and sustainability will earn Patagonia credibility and an ever loyal community among domestic shoppers.

AN ICON UNVEILED: THE NEW NAVITIMER