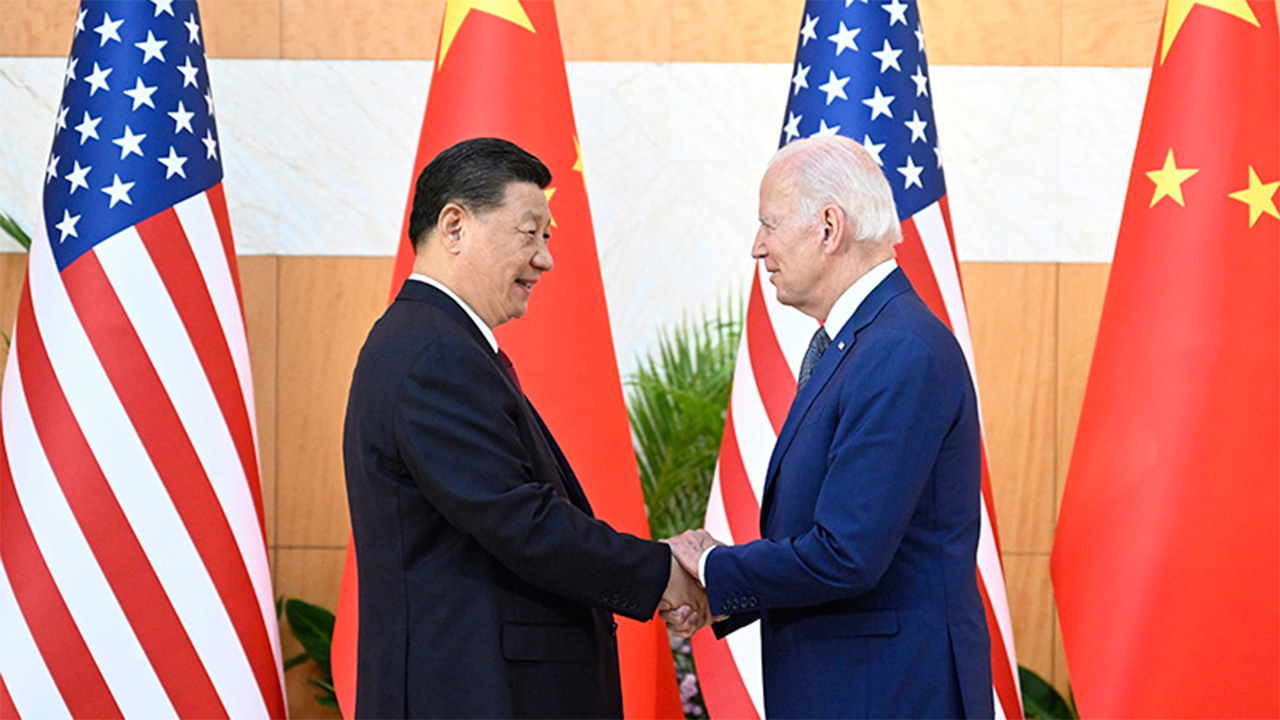 What Happened: On November 14, Chinese President Xi Jinping met with U.S. President Joe Biden in Bali, Indonesia, at the sideline of the G20 Summit. This was their first face-to-face meeting since Biden became president.

The meeting sought to dial down the tension between the two countries. President Xi stated that the U.S.-China relationship “should not be a ‘you-lose-I-win,’ zero-sum game” and that “China does not seek to disrupt the existing international order…or to challenge and replace the U.S.” It is in the fundamental interests of the two countries, said Xi, to avoid conflict and confrontation and to peacefully co-exist. Xi also voiced Beijing’s opposition to any efforts to “politicize and weaponize” the commercial and technological exchanges between China and the U.S.

Biden underscored the importance of maintaining “open lines of communication.” While the U.S. would “compete vigorously” with China, the competition must be managed responsibly and “should not veer into conflict.” In addition, the two “must work together to address transnational challenges,” such as climate change, global macroeconomic stability, and health and food security.

Notably, the two leaders also agreed to oppose “the use or threat of use of nuclear weapons in Ukraine” by Russia.

The Jing Take: The meeting came right after both leaders secured stronger domestic positions. President Xi has just started his third term after the 20th National Congress, while President Biden’s Democratic Party performed better than expected in the U.S. midterm elections. As such, their conversation sets the tone for the relationship between the world’s two largest economies in the near future.

Tensions between China and the U.S. reached the highest point in decades following U.S. Speaker of the House Nancy Pelosi’s visit to Taiwan this August. This meeting, then, was also a much-needed assurance that the bilateral relationship would not significantly deteriorate anytime soon and that the most dangerous moment had passed.

For the business community, the expressed interests of the two leaders in stabilizing the global economy and avoiding nuclear escalation in Ukraine should provide signs of relief. It suggested that both countries still value the importance of trade and economic development. President Xi stressed that the “deep economic integration” between the two countries was mutually beneficial. This further suggests that China remains committed to welcoming foreign investment.

Of course, this meeting alone is unlikely to substantially improve China-U.S. relations. Thorny differences between the two will continue to exist on many issues, such as geopolitics, the tech embargo, and human rights. However, the meeting also points out that there will be cooperation in limited areas. For U.S. brands operating in the mainland, highlighting their roles in these areas — especially sustainable development and tackling climate change — is an effective way of navigating the tumultuous bilateral relationship.

Taking A Bite Of The Action: How Apple Conquered The China Tech Market | Jing Daily

Balthazar: The Duality of Man and Machine MB&F + L’Epée 1839