The champion of the charts partners up with the champions’ watchmaker to officially become an ambassador for the Hublot watchmaking brand.

“Nicky is driven by a talent that has made him into a global star, with his hits getting the whole world dancing. A positive energy leading to success, a value shared by Hublot. And we will certainly commemorate this Football World Cup by celebrating with his music! At Hublot, it’s party time.” Ricardo Guadalupe, CEO of Hublot 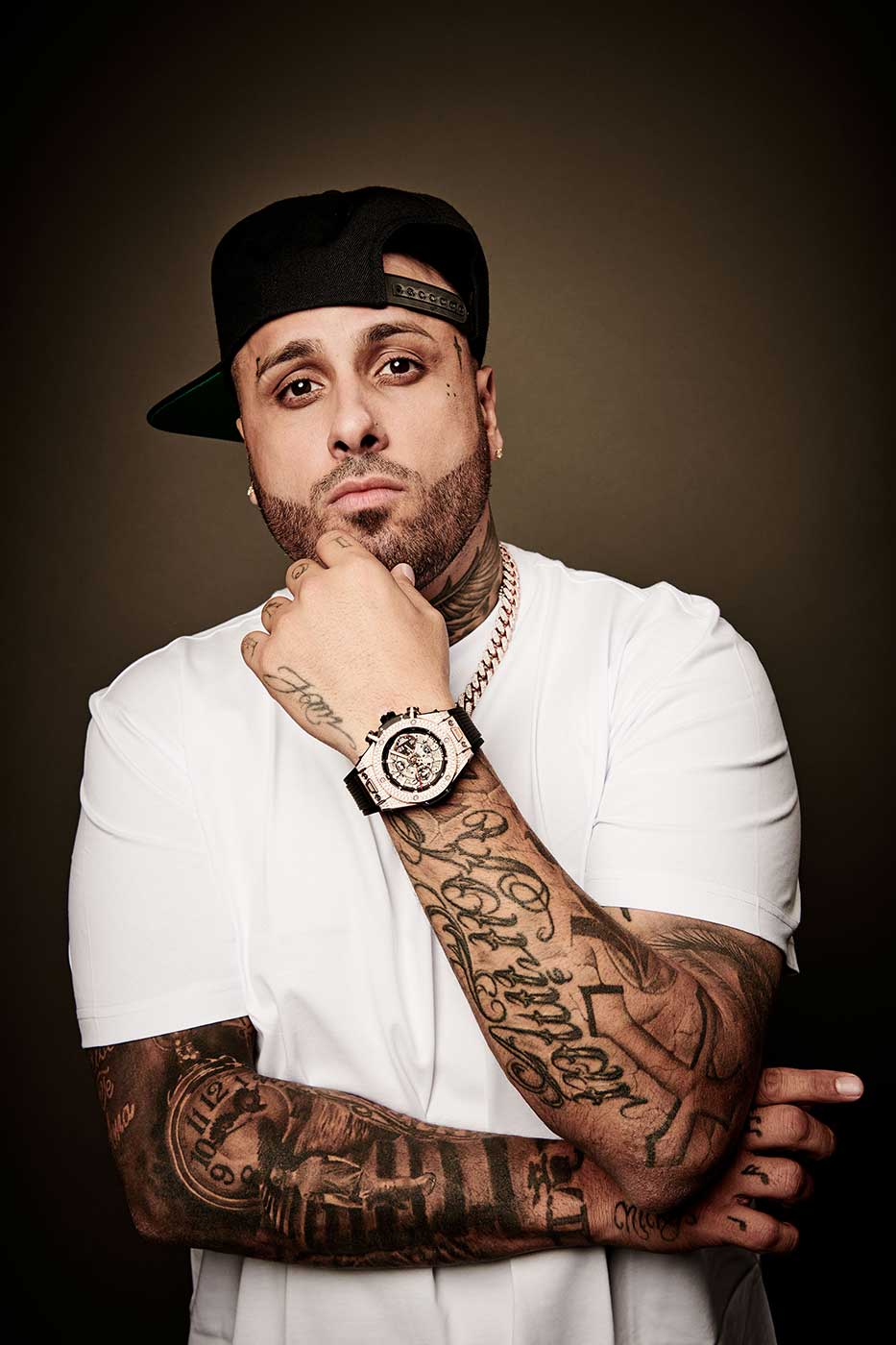 A long-term friend of the House of Hublot—in particular, we saw him last year during the festivities organised by the watchmaking brand at the Hublot Loves Art in Miami event—Nicky Jam is now becoming its ambassador.

Real name Nick Rivera Caminero, the Latino singer born in the United States to a Puerto-Rican father and a Dominican mother is endlessly racking up hits. In 2015, the success of his song “El
Perdon” easily crossed the borders of Latin America to make an impression in Europe, taking the top spot in the charts in Switzerland, Spain, Italy, the Netherlands and France, which led him to being rewarded at the Latin Grammy’s Awards 2015 ceremony. He is back at it this year thanks to the single “X (Equis)”, whose catchy notes are already setting it up as a summer hit and whose video is very close to hitting a billion views on YouTube.

“It’s an immense privilege for me, as a real watch enthusiast, to become the ambassador for a Swiss watchmaking brand like Hublot. In Latin America, Hublot is an absolute reference thanks to the technical quality and incomparable aesthetics of its watches. After having been its friend, I am now becoming its ambassador.” – Nicky Jam, Hublot Ambassador

Nicky Jam is also part of the Hublot Loves Football movement, since he is none other than the writer of “Live it Up”, the official song of the 2018 FIFA World Cup Russia
TM. A song that he performs in the company of American star Will Smith and Kosovar singer Era Istrefi. By supporting Nicky Jam’s talent, Hublot is, once again, acting as a trendsetter. Nicky Jam thus becomes the brand’s first ambassador representing the Latin-American music industry. Hublot Loves Music!

Cuba, another international dream of America