While Chinese New Year presents a great opportunity to push creative boundaries and sell more products, it can also be the ultimate test: How well does your luxury brand really understand Chinese culture?

For the Year of the Tiger, Bulgari is doubling down on what’s truly important by deepening its connection with local consumers. Ahead of the festival on February 1, the Italian luxury house launched a campaign with five brand ambassadors — actresses Shu Qi, Tong Liya, and Wen Qi, and actors Yang Yang and Leo Wu — to unveil special editions of its iconic products and spread the joy of traditional Chinese customs.

With holiday campaigns often being hit or miss, Bulgari evokes the strength of the tiger to claw its way into consumers’ hearts. Below, Jing Daily outlines three ways the brand has set itself up for a roaring year ahead.

To mark the occasion, the LVMH-owned jeweler rolled out an exclusive version of its Serpenti Viper necklace, embedding the 18-karat rose gold piece with rubies for a touch of festive red. A symbol that has defined the brand for over 70 years, the snake represents wisdom, power, and “endless metamorphosis,” empowering themes for 2022. The new year also brings new hardware: The Lvcea Intarsio watch, recently released at LVMH Watch Week, features a pink mother-of-pearl marquetry dial and pink alligator bracelet that seamlessly matches the auspicious aesthetic.

Bulgari is not missing out on the zodiac opportunity, either. Inside the Chinese New Year edition of its Serpenti Forever Jewelry Box, a sculptural bag that pays homage to ancient Roman chests, is a playful tiger image. The Logomania Stole and Heritage Mini Shelley are similarly covered in cute tigers as well as graffiti-like versions of the Bulgari logo to spice up the accessories.

Although embracing the color red is nothing new, Bulgari does so in a way that is authentic to its identity as a master of colored gemstones. At the same time, using the tiger, an animal that embodies courage and power, adds a creative flare to some of its classic items that is sure to lure in young, stylish consumers.

To further bring these products to life, Bulgari pulled together an elite crew of local ambassadors. The campaign video starring Shu Qi, Tong Liya, Wen Qi, Yang Yang, and Leo Wu — who have a combined following of 190 million on Weibo — now has over 2.4 million views. The short but sweet clip of the five celebrities gazing out at fireworks has earned a positive response from netizens, with many commenting on Bulgari’s cutting-edge designs and fitting choice of  ambassadors.

In addition to boosting social media engagement, clips of the individual A-listers have also been used to highlight different aspects of the Chinese New Year festival. In particular, the video of Yang Yang, who was appointed Bulgari’s brand ambassador last September, has garnered the most likes. As Yang Yang is surrounded by red lanterns that “light up lucky moments,” Bulgari sets up the perfect backdrop to showcase its Serpenti Viper necklace. 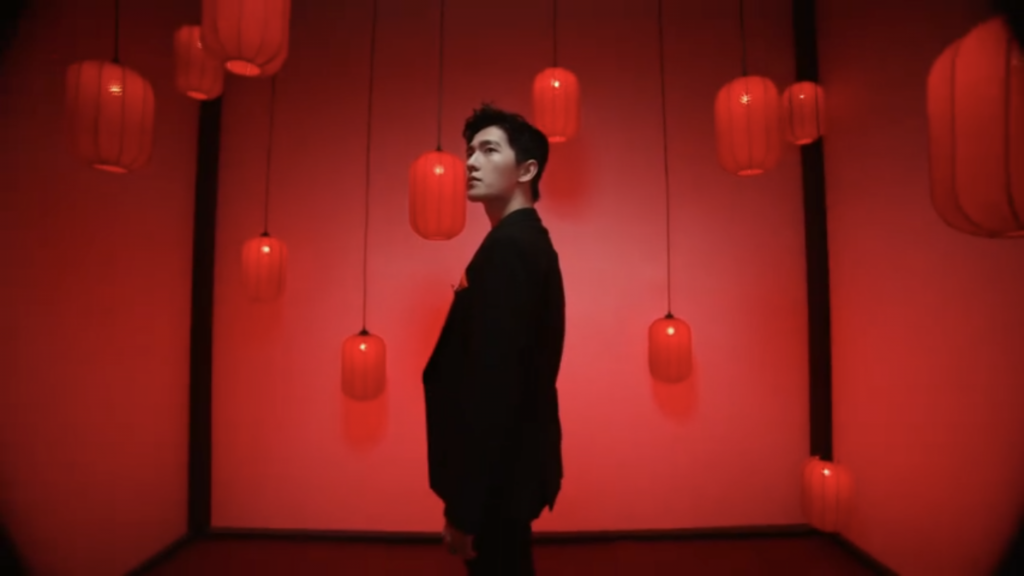 Actor Yang Yang stands in a room full of lanterns, ushering in a new year of prosperity and protection. Photo: Courtesy of Bulgari

By partnering with the country’s top talent and incorporating these New Year customs, Bulgari both broadens its reach among China’s fan communities and communicates its deep respect for the local culture.

Besides promoting on Weibo, Bulgari is also making full use of its local e-commerce channels. In particular, the Italian house has been utilizing its WeChat Mini Program to showcase products in 3D, offer recommendations, and provide special services, which now includes customizing leather bags with a tiger stamp. On top of this, the brand is gifting a 2022 calendar to the first 650 shoppers who place their online orders of over RMB 20,000 (roughly $3,150) between December 27 and February 1, along with red envelopes to the first 1,800 orders of any amount.

While these activities may seem tame, they demonstrate Bulgari’s care for the customer journey. Moreover, there’s good reason for caution this year as Chinese consumers have been quick to call out brands for advertising mishaps and misinterpreting their culture. Therefore, by focusing on the essence of the holiday — joy, prosperity, and emotional ties — through elegant products and clever online tactics, Bulgari’s campaign lands with a roaring applause.

Everyone & Their Mother Is Wearing Ye's YEEZY GAP SHDZ