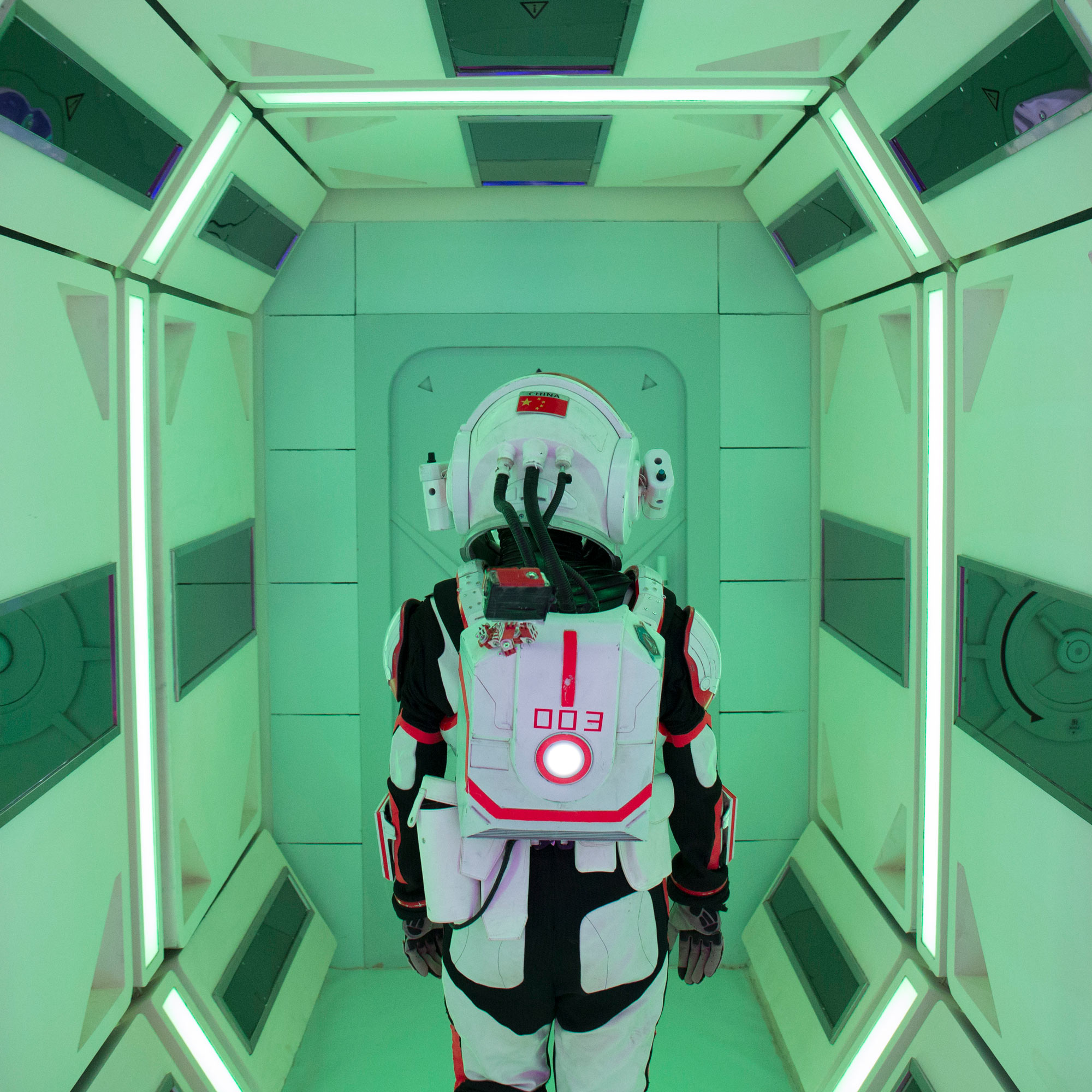 China does not have a big space budget compared to the US; recent estimates put it at £6.5 billion compared to £37 billion per year. Its strength comes in its consistency – in contrast to NASA, once the money has been pledged it is guaranteed and projects are not changed from year to year according to the whims of any President. Even so, the size of the budget seems to support both Thomas and Harvey’s judgement that the China’s space program is essentially just one aspect of its pursuit of scientific excellence. ‘One particular Chinese objective was to achieve the largest number of scientific papers to be published in the world, more than any other country by 2050,’ declares Harvey. ‘And there’s a real problem with that target in that they achieved it two years ago.’

Thomas has travelled extensively through China for his PhD research, most recently from Beijing to Huludao on the south coast where Yang Liwei, China’s first astronaut was born. ‘There’s a massive statue to him in his home town,’ says Thomas. The trip also took him to Guangzhou and then to Zhuhai for the annual air show, before he went down into Hong Kong. As well as observing the general enthusiasm for the scientific and technological aspects of the space program, he is convinced that the main Chinese aim is to foster international collaboration. He predicts that it won’t be long before ‘the new Chinese space station eventually takes over from the International Space Station’ which will lead to a ‘joint exploration of space’.

Distilling the Spirits of Nature

Why Peloton and Netflix Have Only Themselves to Blame | Jing Daily