Su Yiming Is the Rebel That Luxury Needs | Jing Daily 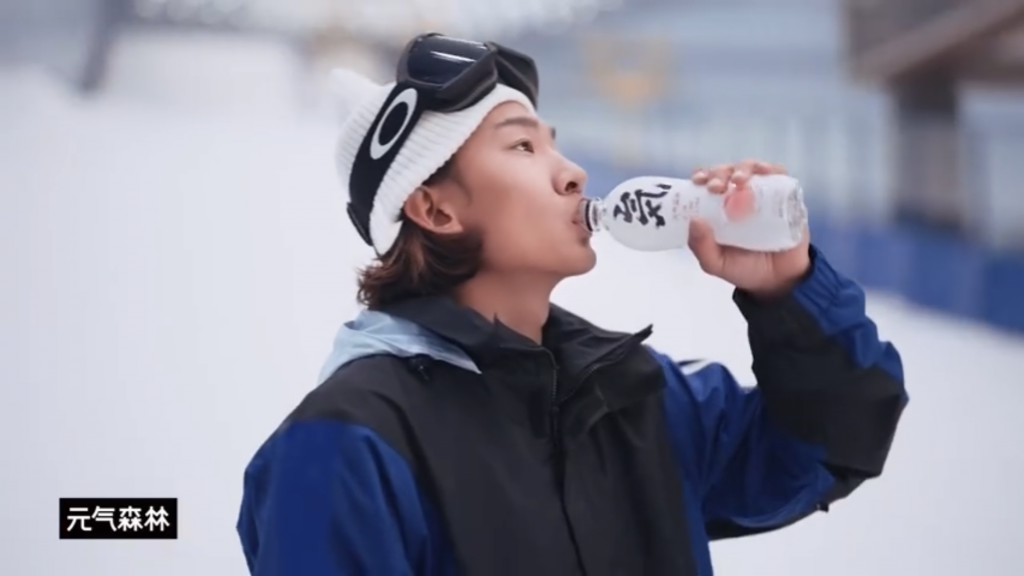 Su Yiming Is the Rebel That Luxury Needs | Jing Daily

Su Yiming, the Chinese snowboard whiz kid who took the Beijing 2022 Olympic Games by storm, is already making unprecedented waves. Netizens in China have gushed about his friendship with Eileen Gu, sports broadcasters rave about his performances, and brands have competed for his attention.

The teenager already partners with KFC and the Chinese beverage company Genki Forest, says The Global Times. However, his standout performance at the Olympics has set him up for even bigger marketing deals and sponsorships.

The Global Times also pointed to a report by Chinese financial news outlet yicai.com that highlights how businesses secured 161 endorsement deals with athletes in 2021, the highest number since 2015 and almost the total number of athletic endorsements between 2018 and 2020. Sure enough, these signings are a winning market strategy under normal circumstances. But at a time when the Chinese government has pushed hard to demystify celebrities, young fans are left without role models; so, the appeal of young rebels like Su Yiming has grown.

Su’s cool demeanor and devil-may-care attitude make him a rebel to many — a rebellious nature that is very appealing in a boring age of political correctness. And unlike other celebrities who irked Beijing with their eccentricities, Su seems to have enchanted the higher-ups with his charming personality and rebellious nature. As such, even The Global Times — a tabloid that “often reflects what officials of the Chinese Communist Party are actually thinking” — gushed over Su. Recently, the newspaper raved about Su’s reaction upon winning silver with a striking 1,800. His “I don’t care about that” answer when discussing his rating proved to many that medals, points, pr accolades mean nothing to Su and that he is there only there for the joy of competing.

Luxury brands should take notice because this snowboarding prodigy has enough talent, popularity, and credibility to maximize the appeal of any label. And it doesn’t hurt that Su broke barriers and was recognized by the Guinness Book of World Records as the first snowboarder to land a backside 1980 Indy Crail. But more importantly, his rebellious nature makes storytelling more effective and powerful.

In a world where everyone tries to fit in, turning your back on conventional society and being yourself unapologetically can still be cool. Rebels like Serena Williams, Colin Kaepernick, John McEnroe, Dennis Rodman, and Ilie Năstase delighted their fans with their different approaches to sports, and brands loved associating with their unique stances.

Luxury brands, in particular, need authentic ambassadors to sell their products and services to younger generations of consumers. Take, for example, Gen Zers: They are more individualistic, unpredictable, and inherently skeptical than past generations. Therefore, brands must select ambassadors with enduring appeal and the power to usher in new forms of culture.

Athletes like Su and Eileen Gu are credible enough to create an emotional attachment between themselves and the brand. And both have seized on the culture of celebrity worship and enhanced their distinct tendencies, making them even more captivating. Sure enough, their quirks and idiosyncrasies make them relatable. But their rebelliousness is their most marketable characteristic.

Dennis Rodman was called “a rebel without a pause.” His meltdowns were well documented, yet brands were eager to associate with him. Tennis bad boy Ilie Năstase held the nickname “Nasty.” But despite his reputation, he signed marketing contracts with various brands, including Princess Hotels International. Colin Kaepernick’s protest against police brutality is celebrated globally today — even though, in 2016, the NFL ostracized him for his beliefs. And finally, Serena Williams shocked attendees at the 2018 French Open with her “Black Panther” catsuits. Yet she still signed million-dollar endorsement deals with major companies, including Audemars Piguet, Nike, Wilson, Lincoln, and JP Morgan Chase. These disruptive athletes have won legions of admirers by breaking barriers, and businesses have garnered prestige and brand equity by uniting with them.