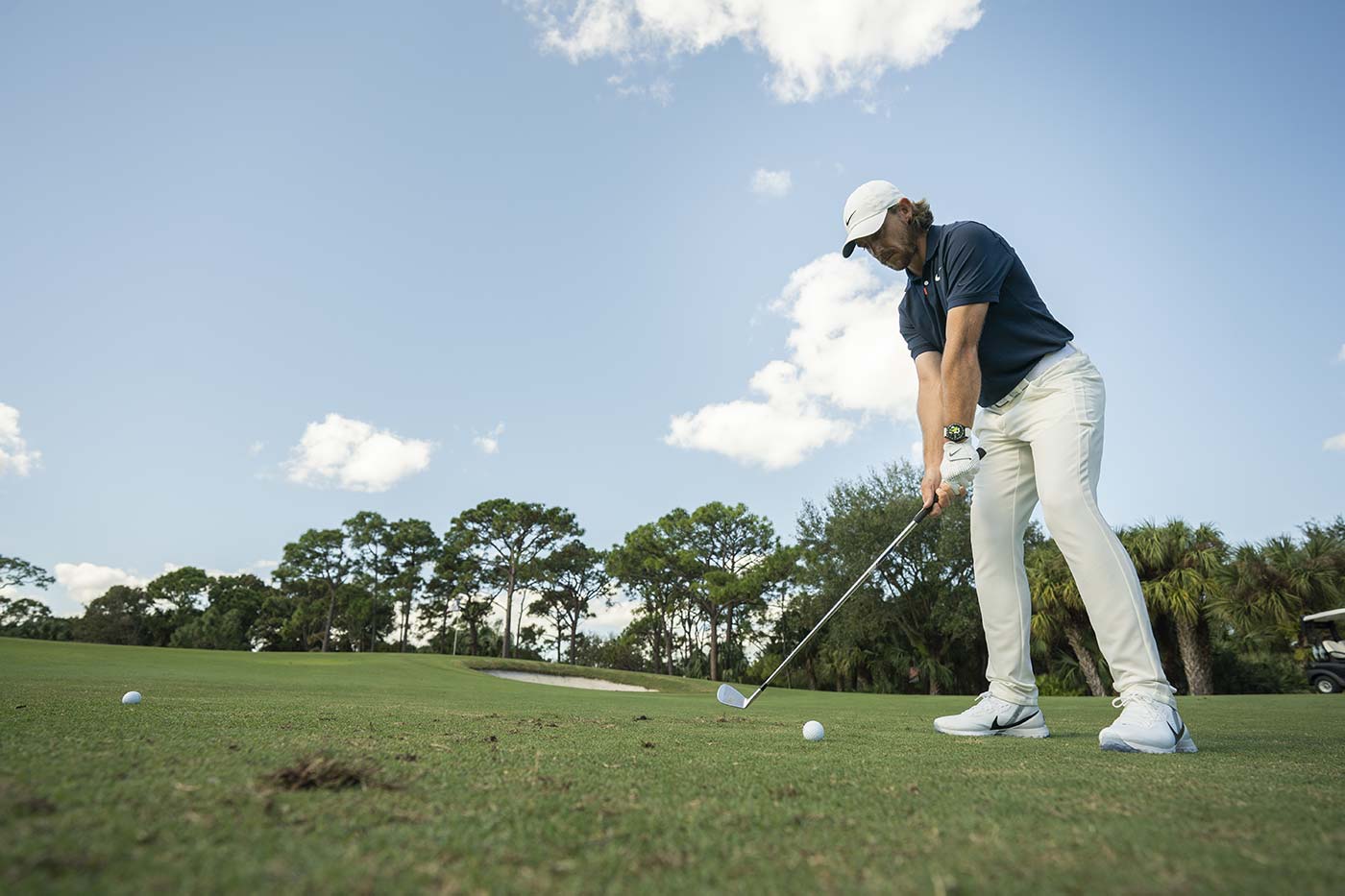 The Swiss luxury watch brand has announced the signing of Tommy Fleetwood as a brand ambassador who will represent the TAG Heuer Connected Golf Edition. 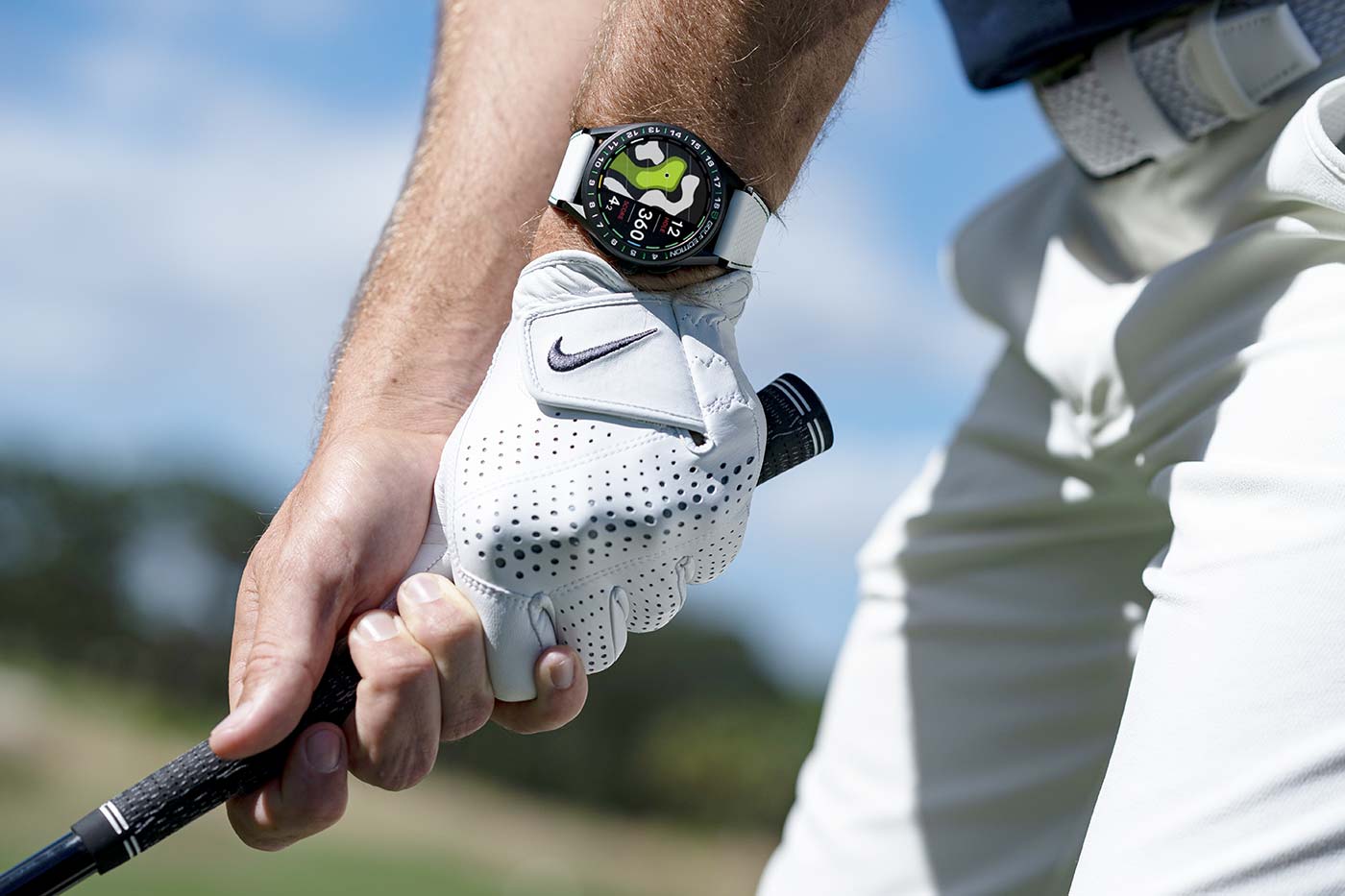 La Chaux-de-Fonds, Switzerland – January 11th 2021: The 29-year old Englishman has achieved international success as a five-time European Tour Winner and a member of 2018’s victorious European Ryder Cup Team. As the face of the TAG Heuer Connected watch Golf edition, Tommy will represent the luxury smartwatch and will be working closely with the TAG Heuer Connected team’s software engineers in Paris and lending his professional expertise to further develop the already best-in-class TAG Heuer Golf app and enhance the overall player experience of the app.

Fleetwood claimed his first European Tour title in 2013 at the Johnnie Walker Championship at Gleneagles, and finished in the top 50 on the Race to Dubai for four consecutive seasons before landing his second title at the Abu Dhabi HSBC Championship in 2017. That proved to be a breakthrough season, as Fleetwood also won the prestigious French Open title and joined golf’s elite by ascending to the top ten on the Official World Golf Ranking and finishing the year as Europe’s Number One player. Fleetwood received the Seve Ballesteros Award (formerly the Players’ Player of the Year Award) in recognition of his remarkable achievements.

He successfully defended his Abu Dhabi HSBC Championship title in 2018 and was then runner-up in the US Open Championship at Shinnecock Hills where he posted a final round 63 – the equal lowest round ever recorded in a US Open and tied-second lowest score in the history of all four Major Championships.

Fleetwood made a record-breaking Ryder Cup debut at Le Golf National in France in September of 2018, as he and his great friend Francesco Molinari became the first European partnership to win four matches out of four over two glorious days in Paris. Fleetwood and Molinari, or Moliwood as they became affectionately known, were the foundations for Team Europe’s unforgettable 17½-10½ victory over the USA.

At the end of 2019, Fleetwood captured the Nedbank Challenge at Sun City in South Africa. One of the European Tour’s most prestigious events, the Nedbank Challenge has long been called ‘Africa’s Major’ due to the difficulty of the golf course at the Gary Player Country Club and the consistently world-class field of players the tournament attracts. 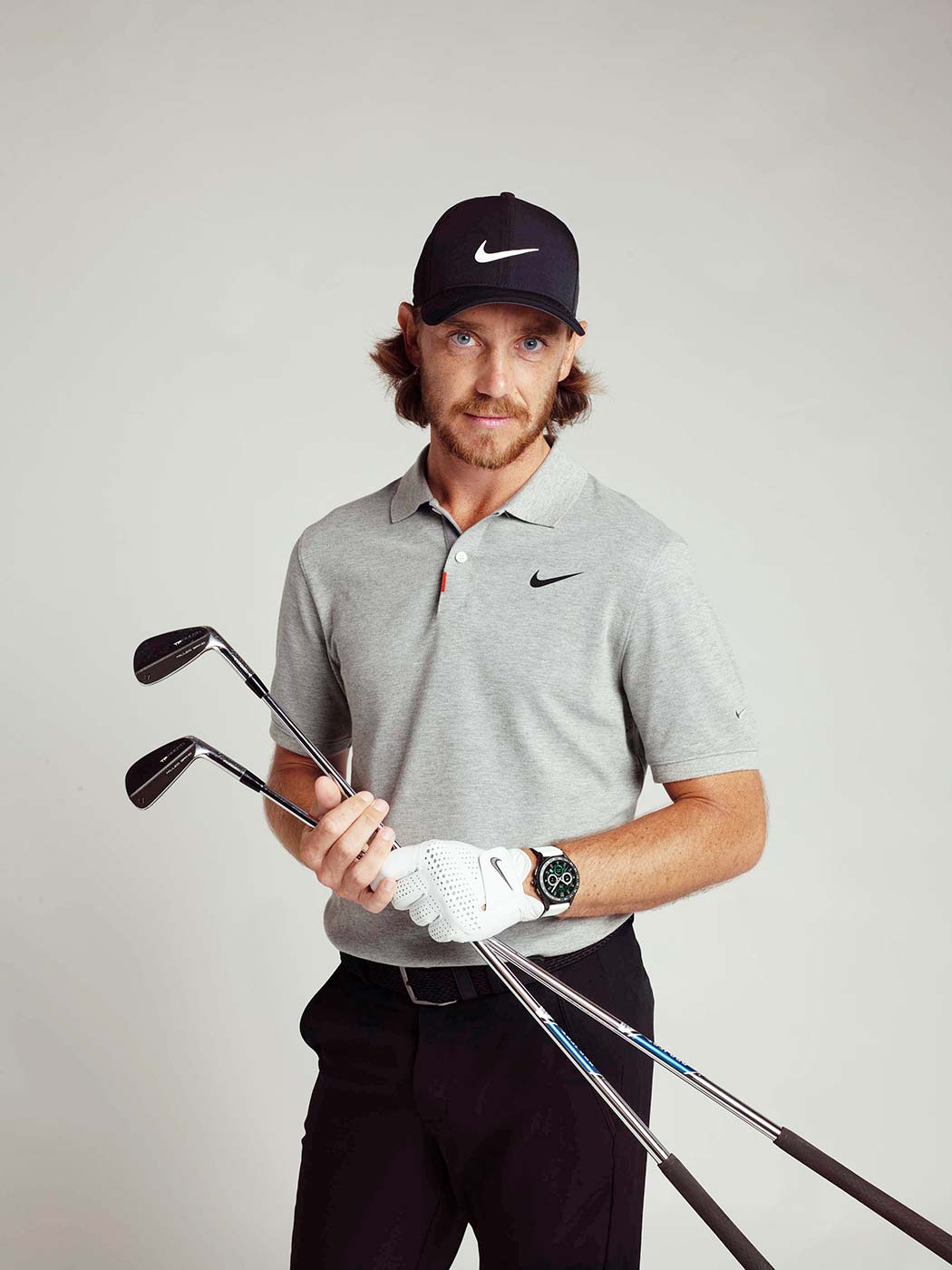 Tommy Fleetwood will work closely with TAG Heuer on new and exciting developments to the leading TAG Heuer Golf app which has become the trusted companion of over 200 000 active users since its launch in 2019. Packed with features designed to help golfers master their knowledge of any course, including 3D mapping, distance to hazards, shot tracking, scorecards, pro stats and the new Driving Zone feature, it has been created to support players at any level who want to raise their game. The TAG Heuer Golf app is optimized for use with the TAG Heuer Connected and TAG Heuer Connected Golf Edition. Together with the TAG Heuer Sport app, the broad range of connected services offered by Wear OS by Google™ and a variety of stylish accessories, it is the ultimate companion, both on and off the golf course.

The TAG Heuer Connected Golf Edition was designed and developed entirely in-house by an expert team led by TAG Heuer’s CEO Frédéric Arnault, who is excited about his brand’s new partnership with Tommy Fleetwood. He says, “With its ability to enhance any player’s game, the TAG Heuer Connected Golf Edition has already established itself as a game changer in the golfing community and beyond. We’re excited that Tommy, who is one of the world’s most dynamic golfers, has chosen to wear our watch and we wish him a very successful season ahead. We are also looking forward to working with him to take the app even further, and help players refine their strategies, improve their accuracy and remove the guesswork so they can focus on enjoying the game.”

Tommy Fleetwood: “I’m thrilled to be joining the TAG Heuer Family and very proud to have been chosen as the ambassador of the TAG Heuer Connected watch and golf app. This timepiece is both technologically impressive with its advanced easy-to-use features and a true style statement that will stand out on and off the course.”

Golf and watchmaking: a natural partnership

There’s a powerful connection between watchmaking and golf. As any golfer will testify, whether players are on the fairways, in the rough or on the greens, they have to consider every shot. Power and precision are factors, of course, but the difference between a good shot and a great one is in the detail. The smallest adjustment can keep the ball out of a sand trap and on line toward the hole. The same can be said for watchmaking: every day, TAG Heuer’s designers and watchmakers are laser-focused on the painstaking details that affect a watch’s precision and performance. Tommy Fleetwood is the perfect interface between a game that is both physically and mentally demanding and a brand committed to creating tools that will help every golfer – at every level – improve their game enjoy the daily benefits of the ultimate Connected watch. 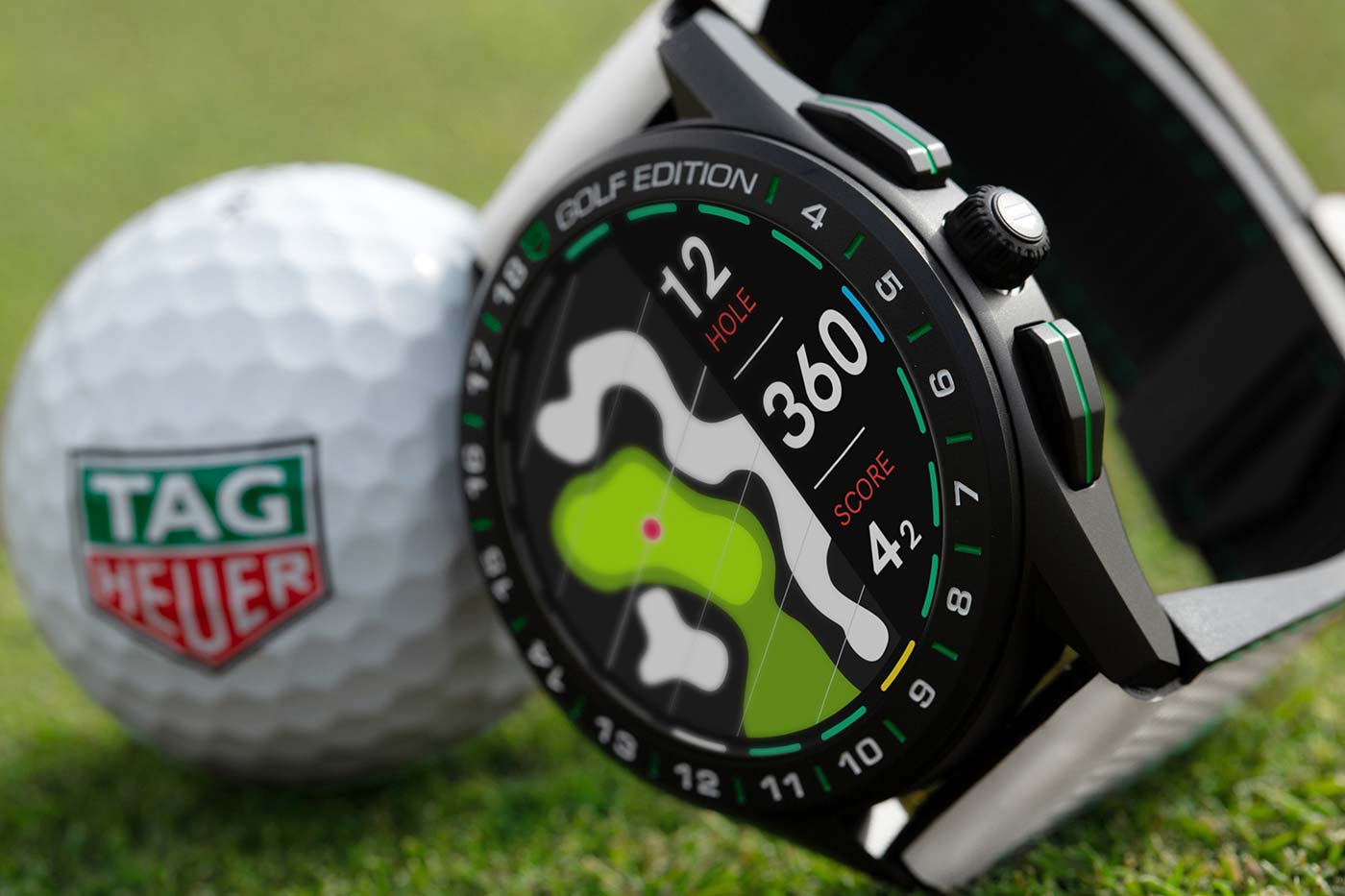 TAG Heuer, founded in 1860 by Edouard Heuer in the Jura Mountains of Switzerland, is a luxury watch brand that is part of LVMH Moët Hennessey Louis Vuitton SE (“LVMH”), the world’s leading luxury group. Based in La Chaux-de-Fonds, Switzerland and with four production sites, TAG Heuer has 1470 employees and is active in 139 countries. TAG Heuer products are available online on the watchmaker’s website www.tagheuer.com for select countries and in 160 boutiques and 3,500 points of sale worldwide. The company is headed up by Frédéric Arnault, CEO of TAG Heuer.

For 160 years, TAG Heuer has demonstrated pure avant-garde watchmaking spirit and a commitment to innovation with revolutionary technologies that have included the oscillating pinion for mechanical stopwatches in 1887, the Mikrograph in 1916, the first automatic-winding chronograph movement – Calibre 11 – in 1969, the first luxury smartwatch in 2015, and the ground-breaking Isograph technology in 2019, made possible through a unique collaboration with the TAG Heuer Institute. Today, the brand’s core collection consists of three iconic families designed by Jack Heuer – TAG Heuer Carrera, Monaco and Autavia – and is rounded out with the contemporary Link, Aquaracer, Formula 1 and Connected lines.

Downloads:
All press material can be obtained free of charge at https://presscorner.tagheuer.com/directlogin

5 of the Spiciest Dishes You Can Find in Singapore