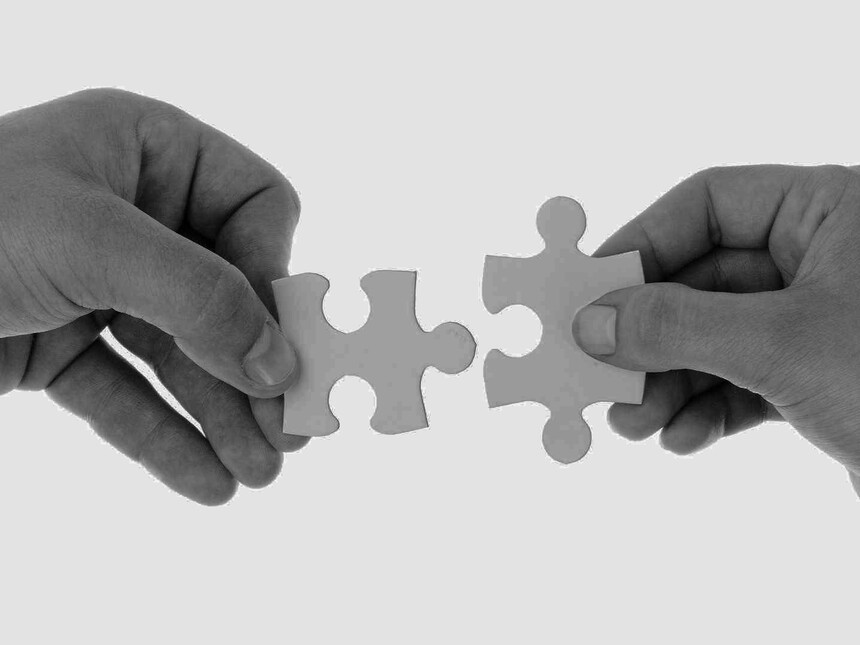 The synergy of 1+1=3 is unproven as a natural phenomenon, yet it has become wildly acceptable that teamwork can produce better results than individual work.

There’s a proverb that says, “you are only as strong as your weakest link”.
In the past, this proverb always seemed unfair to me. I interpreted it as though the strong had to abide by rules only made to protect the weak. This meant stripping the strong from some of their excellence to include the weak in an even, albeit unfair, battlefield. As such, the resentment between the opposites like the strong vs. the weak, the motivated vs. the lazy, and the smart vs. the stupid, can be explained or maybe even justified.

Formerly, I had often found myself, when working with groups or teams, in a position of having to grudgingly push myself to lower the standards of my excellence to make for a collaborative experience that includes all. Naturally, resentment was a quotient to these experiences.

However, over the years, taking on more leadership roles, shed a different light on my preconceived feeling. Working with similarly motivated individuals, skewed by premeditated judgment of having to settle for lower standards.

In an article by Offerman et. al (2020), different characteristics of how individuals approach achievement and satisfaction were outlined. One of those characteristics that may best describe my internal drive and motivation is the direct intrinsic style towards achievement. This style is characterized by “facing achievement tasks through one’s own efforts” as such it represents an “ego ideal of leadership”.

In my case, this meant that I approached leadership on need-basis with personal satisfaction as an objective. In the early days of my career, this did not translate successfully. The drive for leadership did indeed initiate from need-basis yet had failed to provide personal satisfaction. Thus, it did not mirror any ego ideal I had set for myself. I upheld my tasks through my own efforts only because the rest of the team was unwilling to rise to the standards that I deemed acceptable. Therefore, apprehension became the constant opening sentiment for any teamwork and resentment became the usual conclusion.

It was my impression that skill and perfection were the main pillars upon which to measure the worthiness of your team with motivation coming a close second.

Experience, maturity, and, I dare say, wisdom morphed my juvenile judgment over the years. Instead of opting only for skill and perfection within the teams, I worked with and later led, I prioritized motivation and attitude as the characteristic of the first pick. This shift made all the difference. And true to my first statement, 1+1 did result in a 3.

Referring to Hofstede’s cultural dimensions (Hofstede, 2011), the success of individualistic societies, in the financial sense at least, may have contributed to the world’s general impression of how to achieve success and more dangerously how to reach self-actualization (Maslow, 1943). There’s almost robotic conditioning programmed within us that says that survival is the fittest. However, successfully working in a group or team, came to mimic the ancient belief that strength is with numbers, subjected thus, to a unified intent for achievement. This unified intent naturally created a social responsibility initiative to elevate the weak to the measure of the strong, which otherwise would have been forcefully manufactured.

What Asia's Hall of Famers Can Teach Us About Style

Faster, Higher, Stronger, Together — Why Luxury Records will be Broken in 2022 | Jing Daily

The Temple Sholom in Chicago