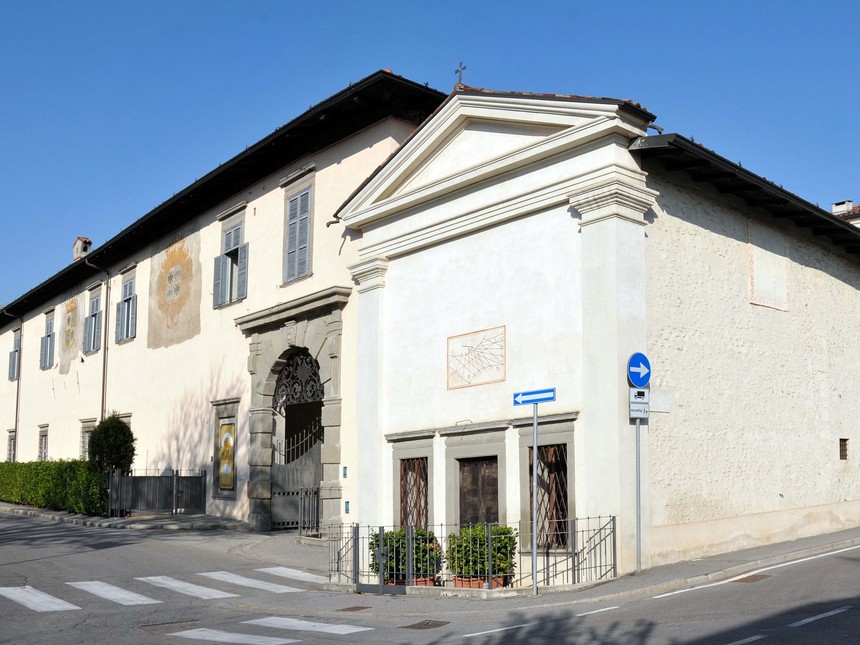 When we explore the countryside of Bergamo, we discover a beautiful villa, mysteriously called “La Celadina”, which was built in the XVI century by the Tasso family. We are going to ask Mario Bergamaschi for more information: he is the founder of the association “Nel nome dei Tasso”, whose purpose is to promote the knowledge of the Tasso family.

What are the origins of that Villa?

The Celadina is attested as early as 1519 and it was one of country villas of the Tasso family. It lies at the center of a large agricultural estate planted with cereals, vines and mulberry trees, and the first part of it that people traveling on the Queen’s road, which connected Bergamo to Venice, saw was the imposing main door of Evil. Illustrious guests walked under its single archway headed to the rich halls of the villa: among them were Torquato Tasso, Gian Battista Tiepolo, Francesco Zuccarelli and Bartolomeo Nazari.

Why was the main door called “the Door of Evil”?

Because it was built so quickly that the peasants believed it was the work of the devil! In reality it is the work of Sandrino da Zanica who built it in 1550 in Zandobbio marble by the will of Gian Giacomo Tasso.

Can you briefly describe the Villa?

It is a horseshoe-shaped building with a large internal courtyard overlooked by a dovecot tower, carriage depots and an elegant row of stables. Moreover it has a small private oratory, consecrated to the Madonna del Rosario. The rooms inside the villa are decorated with remarkable frescoes with natural sceneries, herms of illustrious characters of the family, and bucolic friezes, but unfortunately they no longer contain any furniture or works of art. In the fireplace room there is a huge family coat of arms.

In your opinion, which is the most beautiful room in the Villa?

I believe the “grape room”. This room has a trompe l’oeil decoration which gives the illusion of being under a gazebo in a magnificent open-air landscape. The effect is very impressive.

So… who were the Tassos?

The complex genealogical tree of the Tasso family originates from the founder Omodeo (13th century), an inhabitant of Cornello, a small village in Val Brembana. In the Fifteenth century, the family reached Bergamo and then spread to Italy and Europe. They became famous first as couriers and then as post masters of the Serenissima, the Papal State, and the Habsburg Empire. They reached an important social and economic position and they distinguished themselves in literary, diplomatic, military, and charity activities (just think about the “Arciconfraternita dei Bergamaschi” that they founded in Rome in 1539: it’s still active!).

Can you tell us a bit more about why they were such an important family?

In the sixteenth century, the Tassos revolutionized the European postal system by inventing a rapid, reliable, and widespread – and therefore modern – method of carrying letters from one place to another. It was the so-called “courier”. With the support of Charles V, they created a network of post offices spread over the entire territory of what is remembered as “the empire on which the sun never sets”. From generation to generation, up until the nineteenth century, they were able to renew that alliance thanks to their entrepreneurial skills, providing European states with a stable system of connections between countries and people.