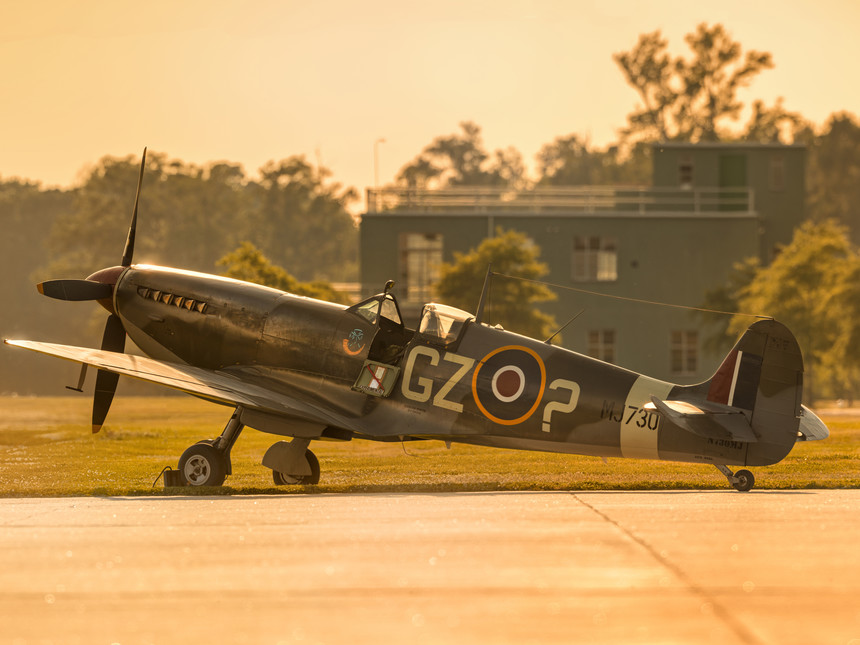 In August of 1942, RAF Goxhill was the first British airfield formally transferred to the United States Army Air Force under a larger series of agreements made between 27 January and 27 March, 1941. These agreements provided for American naval, ground, and air support of campaigns against Nazi Germany.

At various times Goxhill was home to squadrons flying the P-38 Lightning, the Spitfire MK V, the P-47 Thunderbolt, and the P-51 Mustang. These units typically spent 90 days at Goxhill, learning their new planes and combat tactics while practicing local flying and learning the geography and generally lousy weather of England. After 90 days, these units would be posted to their operational base, and new units would take their place.

Perhaps Goxhill’s proudest heritage is its support of 496th Fighter Training Group, which heroically overcame maintenance shortfalls, aircraft shortages, and challenges to morale in order to train more than 2,400 replacement fighter pilots for those lost in the European Theater of Operations.

Early in World War Two, the Allied Nations were preparing to turn much of England’s East Anglia into a massive complex of airfields from which to prosecute the war. Literally hundreds of bomber, fighter, and training bases were needed for the Royal Air Force and American services to operate from. The British built bases for their own use and to hand over to the United States Army Air Force when it began arriving.

Perhaps no single airfield building evokes stronger memories of the air war of World War Two than the “Watch Office”, or “Control Tower” in American parlance. It was from here that operations were conducted, and it was from the second story balcony that men scanned the skies for planes returning after a mission, hoping against hope that all would come home safely.

The museum’s Control Tower is not a reproduction. It is in fact the very “Watch Office” built for RAF Station Goxhill in Lincolnshire, England. RAF Goxhill opened in June of 1941, and it was the very first British base turned over to the arriving American air forces one year later, becoming USAAF Station F-345 Goxhill. As hundreds of those bases and towers are now being reclaimed by nature, this one is the only authentic tower of its type in the United States.