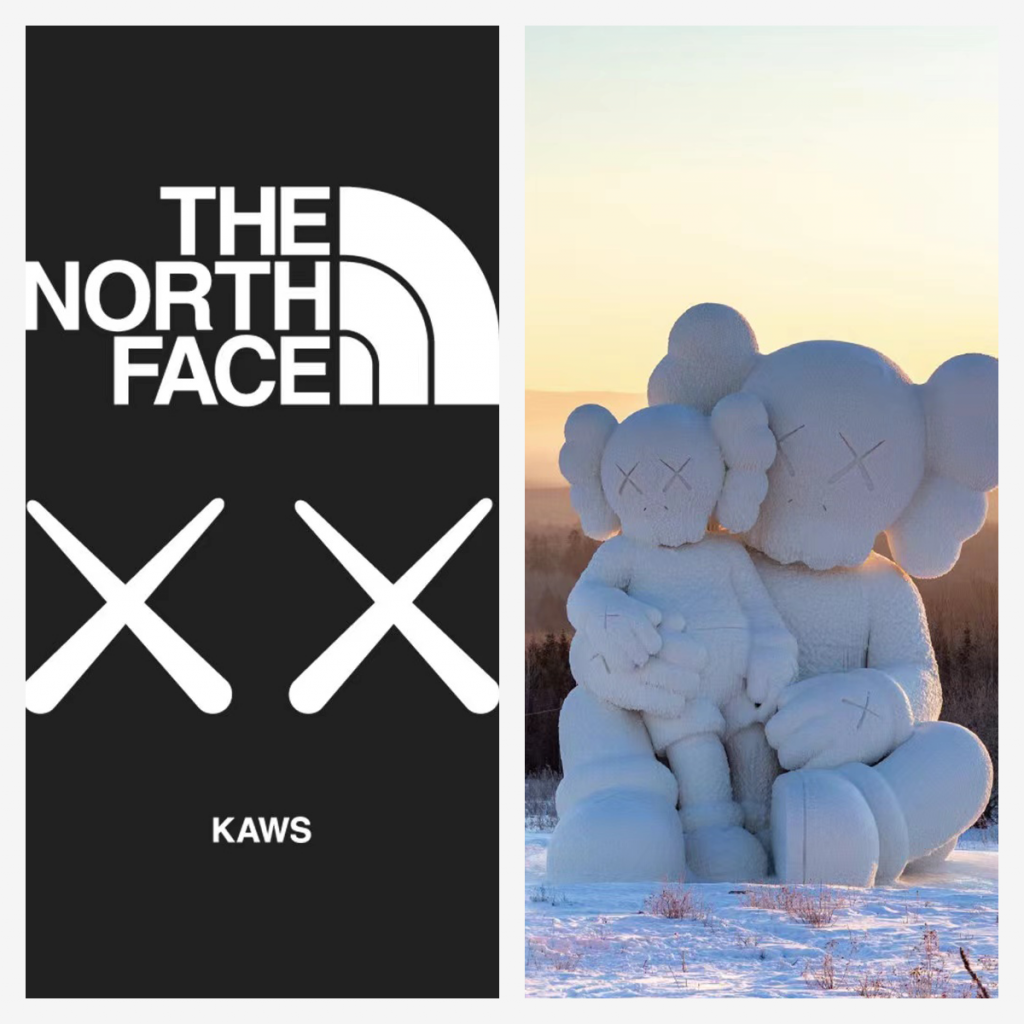 The Social Edition is our weekly series which deep dives into luxury initiatives in China’s social media landscape. Every week, we highlight brand campaigns distributed on Chinese digital platforms — WeChat, Weibo, Tmall, Douyin, and beyond.

Our coverage spotlights global luxury brands, global beauty brands, and local Chinese brands. The latter gives insight into some of China’s most successful campaigns, which often come from local players, and are outside of the beauty and fashion space.

In this week’s roundup, we look at three campaigns, including The North Face’s collaboration with KAWS, Balenciaga’s Chineses New Year campaign celebrating family, and Farfetch’s crossover with stand-up comedy, as well as its new function launch.

OVERVIEW
The North Face has joined forces with pop artist KAWS to explore the intersection between outdoor sports and art, reimagining high-performance equipment via the launch of The North Face x KAWS collection. Thanks to the outdoor giant’s sponsorship, the “KAWS: HOLIDAY” exhibition was unveiled on January 6 at Changbai Mountain (长白山), a popular skiing destination in North China, presenting the new look of KAWS’ iconic character COMPANION. Meanwhile, a pop-up shop featuring the collection has been opened to the public.

NETIZEN REACTION
Netizens have shown great interest in the KAWS gigantic installation. The exhibition, which lasts only ten days, has lured many winter sports enthusiasts to take snapshots of the dedicated project, with more than 570 UGC posts on Xiaohongshu in one week. Moreover, the campaign hashtag #TheNorthFaceKAWS has received 79 million views on Weibo, sparking off hype in both outdoor sports and pop art communities.

VERDICT
As a leading player in the sportswear market, The North Face has built its brand awareness by producing quality activewear and outdoor sports gear. Beyond that, the heritage, performance-wear brand has maintained relevance with today’s younger generations through dynamic collaborations with names such as Gucci, MM6 Maison Margiela, CDG, and Supreme. In the case of the KAWS collab, The North Face put artistic twists on a variety of classic items while tapping into the winter sports boom in China. 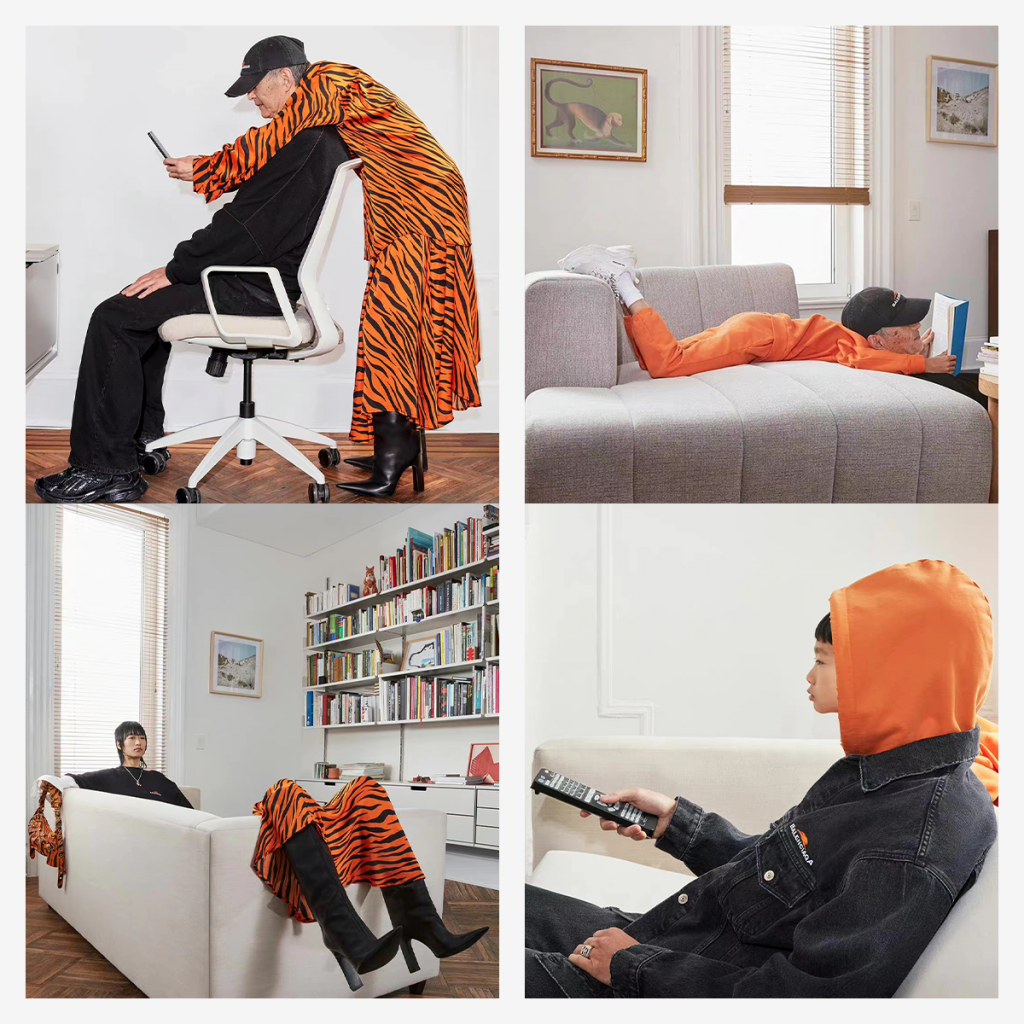 OVERVIEW
Balenciaga just launched an exclusive 2022 Chinese New Year collection that includes ready-to-wear, handbags, shoes, accessories, and jewelry with tiger patterns. Along with the drop, the house collaborated with artist Pablo Rochat and photographer Chris Maggio to produce a campaign video showing a family reunion during this traditional festival. The video features pairs of models dressed in the collection and creates an optical illusion making them look like the same person from a certain angle.

VERDICT
This year, Balenciaga chose to explore day-to-day family scenarios rather than the large family gatherings often presented in CNY-themed campaigns. By spotlighting these daily interactions with family members and significant others, such as hugging, scrolling phones, and even watching TV, the campaign resonated with today’s young Chinese generations who embrace the traditional festival with modern activities and pay closer attention to intimate connections. 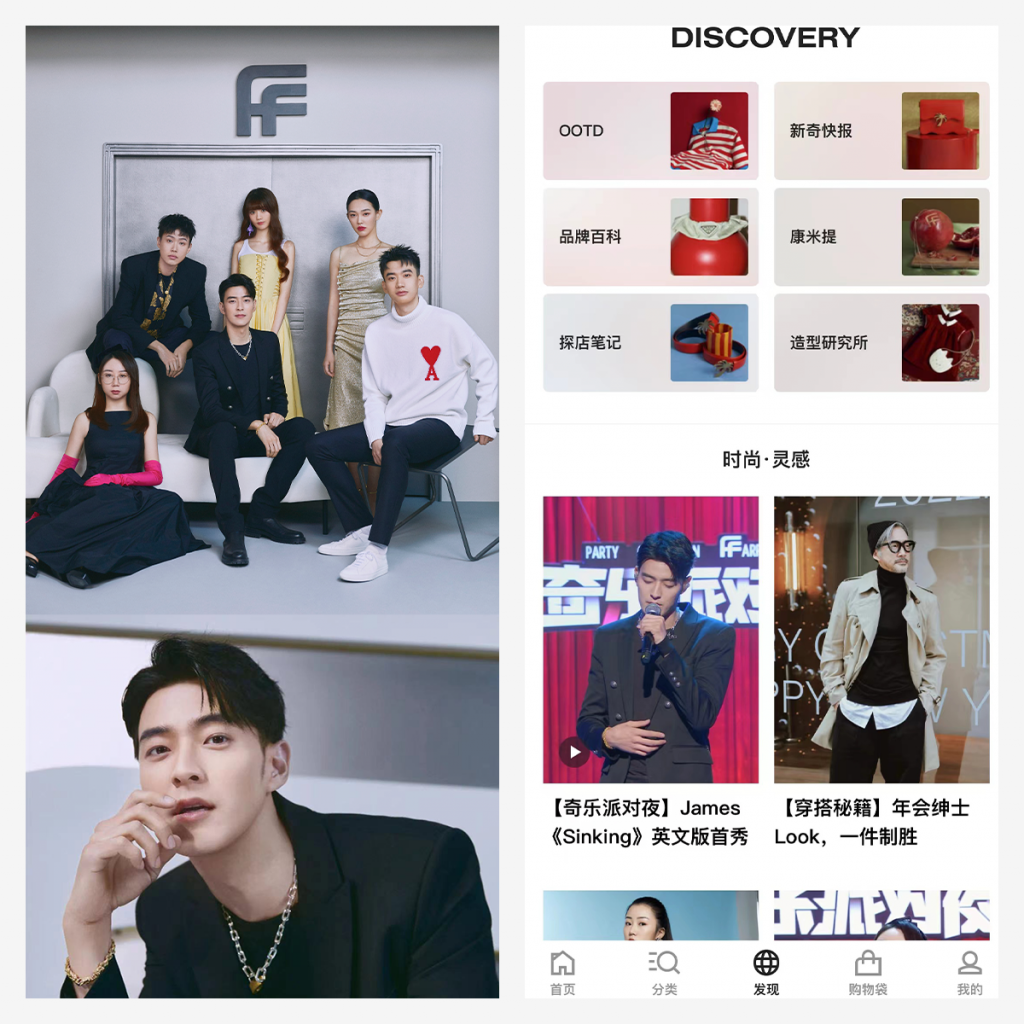 OVERVIEW
On January 13, Farfetch kicked off its Chinese New Year campaign by collaborating with the Shanghai-based comedy production house Xiaoguo Factory. The campaign featured a stand-up comedy show and starred music producer James Lee and stand-up comedians Pang Bo, Xiao Bei, and Niao Niao. Meanwhile, the platform also announced the launch of its Discovery channel with exclusive content, including images, videos, and stories, made available on its app.

NETIZEN REACTION
This unexpected crossover between James Lee and the three popular comedians excited Chinese audiences, driving 4,100 views for the campaign video on Weibo in one day. UGC content was also initiated by the talk show. Though some of the comedians’ social followings are not as large as idols and A-list celebrities, their followers’ profiles overlap well with Farfetch’s targeted users.

VERDICT
This collaboration is not the first time Farfetch China has worked with stand-up comedians. During last year’s Black Friday, the platform partnered with three other talents, which also received positive netizen reactions. With in-house entertainment productions, Farfetch can leverage emerging trends in a timely way. And now, with the debut of its new function, the Discovery channel, the platform can accelerate a content-to-commerce loop.

Beijing Cracks Down on Fan Culture. Will Brands Pay the Price? | Jing Daily

5 of the Best Winter Looks from Festive Films