The Wondrous Course of the Planets 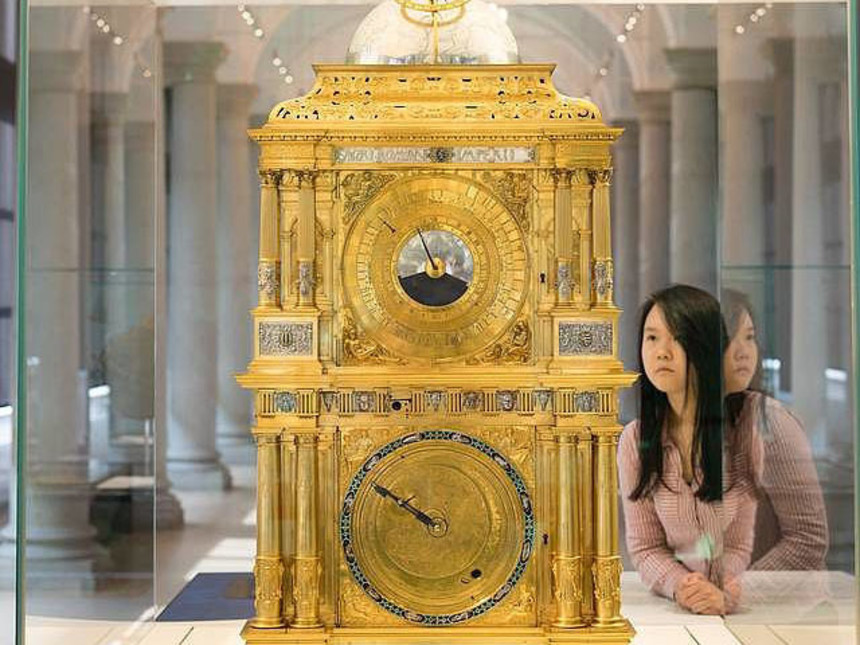 The Wondrous Course of the Planets

Understanding the heavens has been a dream of mankind since time immemorial. Already in Antiquity, astronomers measured the skies and mathematicians developed geometric models to predict the movements of the heavenly bodies. Nearly as old are attempts to represent these theories of the cosmos graphically. The astronomical clock, which has been in Dresden since its completion 450 years ago, represents the culmination of this centuries-old tradition. By means of subtle and sophisticated gearing, its dials depict the motion of all the visible planets in real time. Both technically and artistically, the clock is an undisputed masterpiece, and can also be seen as the most elaborate didactic device of its era.

Only very few of today’s museum visitors, however, have a mastery of the mathematical and astronomical concepts on which the clock is based; moreover, the cultural context underlying the clock is also largely unfamiliar. That is why the project aims to convey the function and history of the Dresden astronomical clock in a readily comprehensible manner. To bring the heavens down to Earth, animated films and hands-on models have been developed.

These will enable curious visitors without prior knowledge of the subject to familiarize themselves with the clock in five stages. In the process, they will get to know some of the challenges the clock’s engineers had to meet and be shown why knowledge about the planets was of such eminent importance to rulers like August of Saxony. In addition, selected objects spread throughout the four galleries of the museum have been set in relation to the astronomical clock. Altogether, the exhibition underscores how the Dresden astronomical clock is a truly exceptional artifact, but one which is rooted in multiple ways within the contemporaneous context of material culture.

Style Qs: Zerrin’s Susannah Jaffer on How She Stays Committed to Sustainable Fashion