Tribute To A Winning History 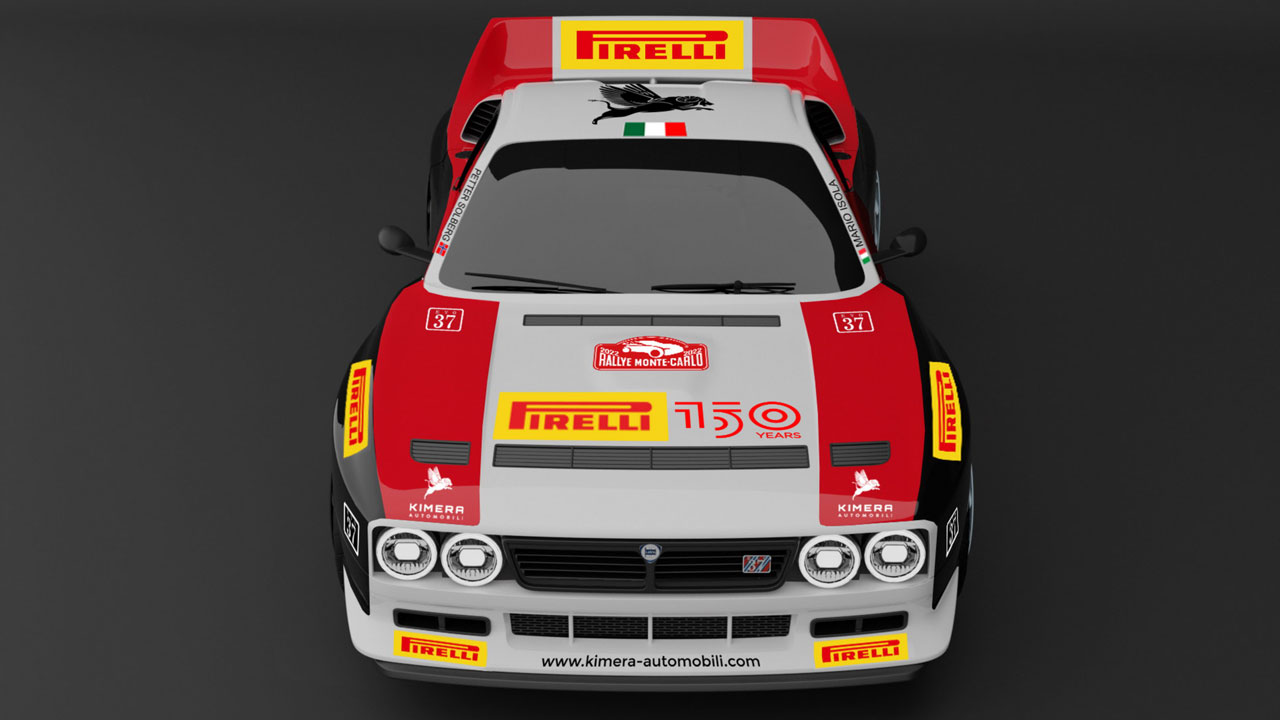 Tribute To A Winning History

In 1983, Walter Röhrl won the Monte Carlo Rally in a Lancia 037 dressed in Martini livery. Almost 40 years later, to celebrate Italian tyre giant Pirelli’s 150th anniversary, Kimera Automobili’s EVO37 returned to the same roads with a special livery to open for the 90th edition of the Monte-Carlo Rally.

The Kimera EV037 made its debut at last year’s Goodwood Festival of Speed. The limited edition is a modern take of the legendary Lancia 037, based around the chassis of the Lancia Montecarlo and paired with slightly smoothed out carbon fibre body. It’s powered by a brand new 2.1-litre four-cylinder turbocharged engine pushing just over 500 hp, and fitted with Öhlins suspension, Brembo brakes and, of course, Pirelli tyres.

For the Shakedown of the Monte-Carlo Rally, Kimera designed a special livery in red, white, and black, adorned with a celebration message for Pirelli. 2003 World Rally Champion Petter Holberg and Mario Isola, Pirelli’s Head of Car Racing, brought the stunning EV037 back to the same streets which solidified the original 037 as one of the most loved and celebrated racing cars. It was then exhibited in the Casino Square of the Principality of Monaco throughout the racing weekend for the viewing pleasure of the Monegasque public.