Understanding how Rome shaped the rabbis 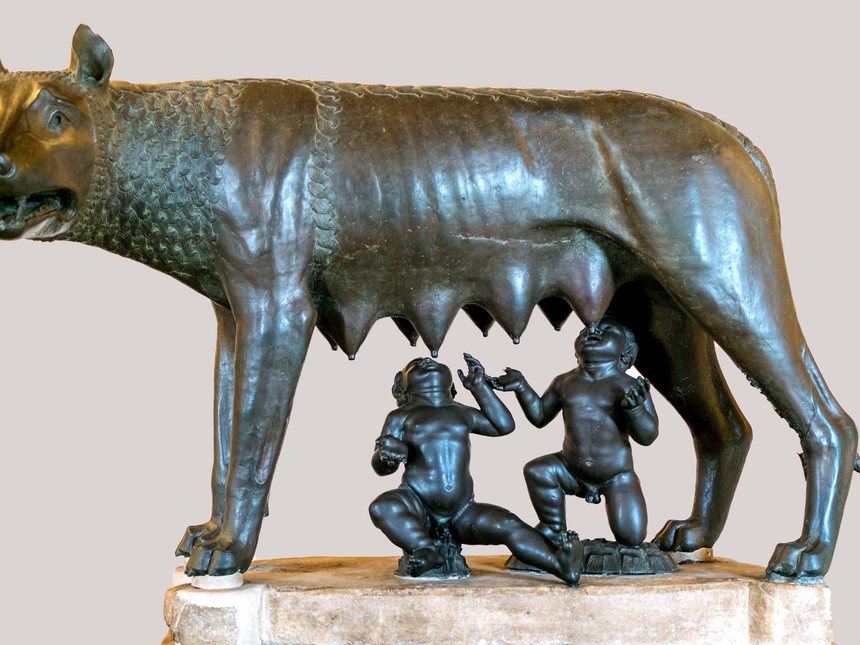 Understanding how Rome shaped the rabbis

Rabbi Burton Visotzky, who teaches rabbinical students at the Theological Seminary in New York, notes that “each rabbi during the Greco-Roman period had their own circle of disciples, and some of those students traveled from rabbi to rabbi in order to master the oral traditions they transmitted”. Therefore, the oral tradition of the elders, combined with their biblical commentaries, is what the rabbis call “Oral Torah”, employed as the appropriate companion to the Written Torah (Five Books of Moses). The five books making up the Torah are Be-reshit, Shemot, Va-yikra, Be-midbar and Devarim, which in the English Bible correspond to Genesis, Exodus, Leviticus, Numbers and Deuteronomy.

Alexander the Great, born ca. 350 BCE, was the father of Hellenism. And although Greece fell to the Romans in the 2nd century BCE, this Hellenistic culture remained until 650 CE. It is important to understand that while Rome ruled through military might, the majority of culture and education remained Hellenistic, a moniker which we term Greco-Roman.

It was not until after the destruction of the Second Temple that the rabbis began to emerge. The rabbis replaced the priesthood, prayer replaced animal sacrifice, and synagogues replaced the temple. In addition, the way in which the rabbis established their own circles of disciples imitated the practices of Greek and Roman philosophers.

The “rabbis were monotheists living in a polytheistic environment,” says Rabbi Visotzky. Everywhere they looked, they saw evidence of pagan gods and goddesses, especially idols.
Therefore, the Greco-Roman culture, in which rabbinic Judaism grew in the first five centuries of the Common Era, nurtured the development of Judaism which we still know and celebrate today.

My introduction to Rabbinical Literature, Midrash and Talmud, was with Rabbi Burton Visotzky at the Gregorian Pontifical University, Cardinal Bea Institute for Jewish Studies in Rome. Years later, I interviewed Rabbi Visotzky for one of my Spertus courses, “The World of the Rabbis.” This is how I became interested in understanding how the Eternal City of Rome was responsible for shaping the rabbis.

Rabbi Burton Visotzky serves as Appleman Professor of Midrash and Interreligious Studies Emeritus at the Jewish Theological Seminary in New York. There he is the Louis Stein Director of the Finkelstein Institute for Religious and Social Studies, where he focuses on public policy. He also directs their Milstein Center for Interreligious Dialogue. He is the author of Aphrodite and the Rabbis: How the Jews Adapted Roman Culture to Create Judaism as We Know It.

The Hebrew term rabbi literally means “my master.” In the Mishnah, the earliest compilation we have of rabbinic literature (ca. 200 CE), rabbi is a title mostly applied to a master who teaches disciples. However, by the second or third century, the title rabbi, you say, was retrojected not only on Jesus of Nazareth but even to Moses and Elijah? Can you explain the “rabbanization” of these biblical figures?

The title “rabbi” first emerges in the ’70s of the first century CE, when the Gospels were written. There it is transliterated into Greek and defined as “didaskolos” or teacher. It is applied to Jesus of Nazareth. Yes, ironically, Jesus is the first person with the title “rabbi.”

The later Jewish rabbis looked back and called all Jewish teachers/leaders from their community by the title “rabbi.” Who could better represent them than Moses, our rabbi?! Elijah, while not called “rabbi,” per se, also plays a rabbinic role in the legends about him told in the Babylonian Talmud.

So, who were the leaders of the early “rabbinic” Jewish community while the Second Temple still stood?

Well, the “proto-rabbis” who were later identified as the “founding fathers” of the rabbinic movement include the Elders (the title they used) Gamaliel, Hillel, and Shammai. Gamaliel is mentioned in the New Testament by Paul!

While the Temple still stood, the Israelite religion had been centered on the priesthood and the Jerusalem sacrificial cult. Once the Temple was destroyed by Titus (70 CE), however, the rabbis began to emerge. They established disciple circles that were similar (imitated) to those of Greek and Roman philosophers. In those philosophic schools, such as the Platonist, the Aristotelian, the Stoic, the Epicurean, and the Skeptic. Oral transmission of the traditions of the earlier teachers in Greek (paradosis) was the common mode of teaching and learning. Given this, would you say that much of Judaism as known today is an adaptation of life in Roman culture? Such as the following examples: the Passover Seder is a Greco-Roman symposium banquet; the Talmud rabbis presented themselves as Stoic philosophers; Hellenistic rhetoric professors educated sons of well-to-do Jews. Can you elaborate?

I would say that rabbinic Judaism is a careful amalgam of biblical Israelite religion with Hellenistic custom and paideia or education. It is a reimagining of Judaism away from the sacrificial cult and instead becomes a religion of the book, to be interpreted and practiced by the rabbis and their disciples.

Thus, the Passover Seder includes the biblical elements of the paschal offering (but discussed, not slaughtered), matzo (actually still eaten), and bitter herbs (the same). But these elements and the telling of the Exodus story are framed as a Greco-Roman symposium: a literary banquet.

The earliest rabbinic wisdom literature, Pirke Avot (the Chapters of the Fathers) is replete with Stoic teachings.

Indeed, we have evidence that the most famous teacher of rhetoric in the fourth century, Libanius of Antioch, taught the son of the Jewish Patriarch of Palestine. Libanius’ school was the Harvard/Yale/Princeton of its day, so it is not surprising that Jewish leaders would send their sons to study there.

Philo of Alexandria (Jewish philosopher, born 15-10 BCE, Alexandria-died 45-50 CE) traveled to Rome in 39-40 CE where he described the Jewish community across the Transtiberinum Trastevere (Tiber River) as “citizens who had been emancipated… liberated by their owners and not forced to violate their native institutions.” Philo says that the Jews had their own “houses of prayer” where they “meet on sacred Sabbaths to receive training in their ancestral philosophy.” Philo goes on to say: “They collect money for the sacred purposes from their first fruits and send them to Jerusalem to offer sacrifices.” In addition, about a decade later, Saint Paul (born 4 BCE? Tarsus (now Turkey) died c. 62-64 CE, Rome) writes his pivotal Epistle to the Romans, addressing it to portions of the Jewish community of Rome. While this demonstrates literary proof of synagogues, the stone epigraphical inscriptions from the Jewish catacombs in Rome make reference to at least another twelve synagogues. Although no archaeological evidence of synagogue buildings has been found in the center of Rome, ruins of a synagogue at the old port of Rome, Ostia Antica, were discovered in 1961. Were these Hellenistic Jewish communities?

Almost by definition, synagogues in the Roman Empire were Greco-Roman or Hellenistic Jewish communities. I would note that even the term “synagogue” is a Greek term for a place of gathering. In rabbinic literature, there are somewhere between 3,000 to 4,000 such loan words from Greek (and some from Latin) which underscores the ubiquity of Hellenism and the hegemony of Greco-Roman culture – and I hope you appreciate that I used Latin and Greek terms like “ubiquity” and “hegemony” to make my point!

In the pre-70 era, when the Temple still stood, there were three different sects of Judaism. Shaye Cohen defines “sect” as “a small, organized group that separates itself from a larger religious body and asserts that it alone embodies the ideals of the larger group because it alone understands God’s will” (Cohen, 125). In the Jewish Antiquities 13.5.9, 171-173, Josephus explains the three different schools of thought among the Jews, proponents of different opinions concerning human affairs. The first is that of the Pharisees, the second that of the Sadducees, and the third that of the Essenes. Following the destruction of the Temple, do you think certain priestly groups might have continued to hold some influence over some parts of the Jewish population?

The rabbis were ideologically closest to the Pharisees, but there is no doubt that some priests survived the destruction of Jerusalem and the Temple in 70 CE. These priests may no longer have been able to offer sacrifices, but probably had some influence, even among the emerging rabbis. It is no coincidence that when the rabbis report on one of their founders, Rabbi Yohanan ben Zakkai, they include a priest, Rabbi Yossi HaKohen – that is Rabbi Jose’ the Priest – among his five disciples.

It was the Pharisees, according to Josephus, who maintained their loyalty to the people. They promoted allegiance to the teachings their ancestors passed down to them, and to the laws inscribed in the Torah. Josephus compares the Pharisees to the Greco-Roman Stoic philosophers. So, were that the Pharisees were the forebears of the rabbinic movement? The Pharisees alone, of all the sects active before the destruction of Jerusalem and the Temple, took over leadership, and instituted what we now call “Rabbinic Judaism”?

It is likely that the Pharisees were the ideological forebears of the rabbis. But, like all things from ancient history, the actual relationship is not as clear as we would like. The term “Pharisee” is most often used in rabbinic literature to denote a separatist. But, in a very few places, Pharisee is juxtaposed with Sadducee, and there it might refer to teachers who influenced the rabbis. If we compare the doctrines of the Pharisees with those of the later rabbis, they are very similar.

One of the earliest documents from the rabbis, the Mishnah, discusses the laws prohibiting idol worship (Avodah Zarah 3:4). How does this narrative demonstrate the rabbis’ legal attitudes toward pagan pictorial art? And why is it important to understand?

The rabbis had complex attitudes towards pictorial art. They were aware of the worship of images and statues by pagan polytheists. But they also valued beauty and art. So, by the second century, the rabbis ruled that an image that was designated for worship was forbidden to the Jews, but one that was decorative was permitted. For the rabbis, sometimes art was just art!

Service Quarters of the Chateau

THE GALAXY IS NOT THE LIMIT INNOVATION ACCORDING TO HUBLOT STYLE ! BIG BANG UNICO SAPPHIRE GALAXY The colours of the galaxy can now be worn on the wrist