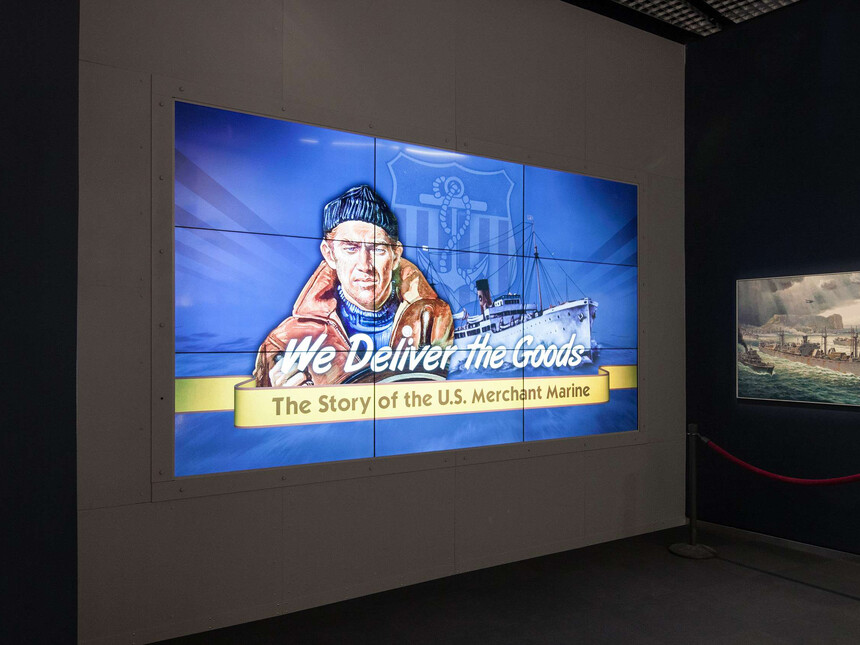 Situated at the end of the Horatio Alger Association American Spirit Bridge, this gallery honors the civilian merchant mariners who risked their lives transporting weapons, men, and matériel to US troops overseas. Members of the Merchant Marine were an essential force for the Allied cause, often working together with US Navy or US Coast Guard vessels to protect their precious cargo.

Crossing the Atlantic and Pacific, they sailed under deadly threat of Japanese destroyers and German U-boats, which attacked as near as the Gulf of Mexico.

Through video, artifacts, a model of a Liberty ship, and an engaging array of personal narratives, this exhibit tells their story—including impressive logistical feats, tales of constant danger (and higher casualty rate than any US branch of service), and the role of this hardworking group in transporting 7.3 million American soldiers to support the epic battle fought across the oceans and continents of the world.

KEEN and Garbstore Unite to Spotlight the Shanti Silhouette