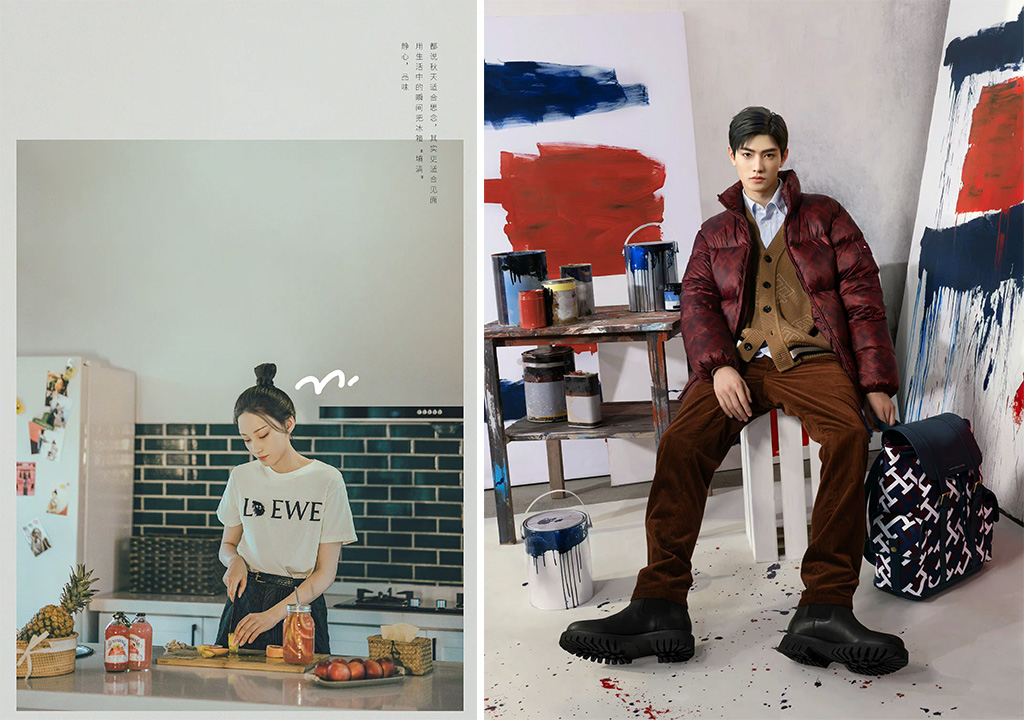 Web2 may have given us the influencer, but Web3 is paving the way for its computer-generated counterpart. Cue, the rise of the virtual influencer.

A trend yet to gain full momentum in the West, Asia has seen colossal growth in popularity for its digital-native spokespeople. The meta-human idol industry is estimated to reach $42.6 billion by 2030 in China alone, while the global market value of the industry is expected to grow from $4.6 billion to close to $5.8 billion by 2025.

“I think there’s importance in virtual humans, because why not? It all goes back to the way we consume media and build our own realities from it,” says Sara Giusto, a producer at virtual human agency Aww Inc. The Tokyo-based company was behind the creation of Imma Virtualgirl, Japan’s first virtual model and influencer.

Touted as one of the first digital-spokesperson humanoids, Imma has since worked alongside Dior, Porsche Japan, and Valentino. The self-professed “contrarian voice for the future” also boasts impressive numbers on socials too — with over 400,000 followers on Instagram, and 38,000 on TikTok.

Tapping the Gen-Z crowd, the virtual idol industry is set to contribute largely to user interaction on social media over the coming years. Instagram recently reported that over half of the demographic will engage with digital influencers for fashion and beauty inspiration in 2023.

According to a Virtual Influencers Survey conducted by the Influencer Marketing Factory, 58 percent of respondents are said to already follow at least one virtual influencer, while 35 percent of consumers have purchased a product and service promoted by them.

Why the mainland is turning to virtual influencers over IRL KOLs

China’s digitization has been widely embraced by its population and is playing a key role in the country’s economy and shifting consumer habits. It’s a way of engaging with China’s new wave of plugged-in consumers who value relatability and authenticity.

Besides their cultural relevance, digital idols are also easier for brands to manage. Many believe these “synthfluencers” are a safer alternative to the traditional ambassador route as they eliminate a large percentage of risk like human error and scandals. In 2021, Bulgari, Porsche and Louis Vuitton dropped Kris Wu as their brand ambassador following rape and sexual assault sentences, while Adidas and Balenciaga were forced to cut ties with Kanye West following antisemitic comments this year.

Enter the power of the digital tastemaker. With over 817,000 fans on Weibo and 127,000 on Xiaohongshu, virtual influencer Ayayi has been tapped by the likes of Louis Vuitton, Prada, Dior, and Ferragamo since her conception in 2021. Thanks to her luxury affiliations, Ayayi has solidified her title as one of China’s most popular KOLs — not only among humanoids, but traditional idols too.

Ling, another manufactured influencer amassing impressive stats, has over 1 million followers on Weibo as a result of her distinctive style, which combines traditional Chinese aesthetics with modern fashion. Created by Xmov Information Technology in 2020, the AI-generated metahuman has been picked up by Tesla, Bulgari, and Tmall, alongside features in Marie Claire and Vogue.

Ranmai Technology, the brains behind Ayayi, also branched their virtual idol efforts out further this year, creating digital ambassador Noah. The male metahuman was developed based on a consumer survey via Weibo. More than 21,000 users voted on his personality, skills and physical appearance (the co-creation project reached over 65 million views on Weibo). To celebrate the online KOL’s genesis, Tommy Hilfiger hosted a dedicated livestream using Alibaba Group’s technology, where Noah could interact with customers, as well as the humans who appeared alongside him in the broadcast.

Virtual influencers provide companies with complete control, from how they want their ambassadors to be perceived to the aesthetic they want associated with their brand image — not to mention the lack of geographical and physical restrictions. “From a brand perspective, virtual influencers are highly scalable. They are available to work 24/7, they don’t come with costly price tags like real influencers, and they can reach a wide audience,” Charles Hambro, founder and CEO of metaverse data company Geeiq, outlines.

He also believes that this personification of brands through digital ambassadors is due to China’s young generation prioritizing online goods over physical ones. “From a consumer perspective, the growth of virtual influencers is an indication of shifting consumer behaviors,” he says. “Gen Z is placing ever more value on the virtual world. It goes further than just the purchase of digital goods and is moving into the realm of virtual idols.”

Virtual influencers are also said to have higher engagement rates than their human counterparts, making them a more effective marketing route. According to HypeAuditor, virtual influencers yield three times more engagement than human ambassadors. This makes for lucrative opportunities in areas such as sales.

“We’re going to see an explosion of virtual influencers around the world,” says Timothee Semlin, founder of Asia Web3 consultancy Webtrois. He believes that the recent consolidation between digital and traditional industries is expediting the international growth of “synthfluencers.”

“Asia’s gaming habits of the Gen-Z has laid the foundation for virtual influencers to thrive in this region,” Semlin continues. “The lines are becoming increasingly blurred between gaming, entertainment, and branded content. This is something which is expanding globally, thanks to the rise of Web3 and digital identities.” Giusto agrees, stating, “I think there’s going to be a leap in digital worlds and expressions, and virtual celebrities are just the start.”

“We’re going to see an explosion of virtual influencers around the world… The lines are becoming increasingly blurred between gaming, entertainment, and branded content. This is something which is expanding globally, thanks to the rise of Web3 and digital identities.”

The rise of global synthfluencers

The rest of the world is already recognizing the impact. Miquela Sousa, the American-Brazilian model, influencer, and popstar, has made waves across continents and is said to have generated more than $11.7 million in brand partnerships in 2020 alone. Created by transmedia studio Bud in 2019, the hyper-realistic avatar has garnered almost 3 million followers on Instagram and has partnered with the likes of Pacsun and Prada, as well as being the face of Calvin Klein’s 2019 campaign.

Miquela’s success, plus Asia’s expediting virtual influencer landscape, is driving global brands to follow suit. A number of labels have jumped on the trend to secure their spot as an early adopter in the space. Singaporean label Charles and Keith launched its campaign featuring digital idol Unreal.Zoe in October while, earlier this month, beauty giant Nars unveiled its own dedicated virtual ambassadors on platforms including Instagram, TikTok, and Douyin.

‘The Power Players’ will perform as spokespeople for the label’s digital campaigns, as Nars continues its deep dive into the world of Web3. Tapping Gen-Z’s demand for authenticity and inclusion in retail, each member of the group is said to have their own individual character, aesthetic, and backstory, which will evolve alongside the brand’s long-term metaversal roadmap.

No doubt, the global expansion of virtual influencers will see the trend take off threefold, but how can brands better prepare for the metahuman boom?

“If you are going to use a virtual influencer, that virtual influencer also has to have a back story that is authentic like a human’s and that’s followed consistently,” explains Jason Wang, CEO of avatar and apparel creation studio Alvanon. “The authenticity part has to be bought by the netizens who are actually purchasing the product and that’s a very difficult thing to fake.”

Traditional influencer marketing is in the midst of a global decline. But soaring enthusiasm for these virtual trailblazers brings hope for a new era ahead.

Why is there so much English in Korean music?

Emmys 2022: The Most Stylish Men on the Red Carpet, From Lee Jung-Jae to Andrew Garfield