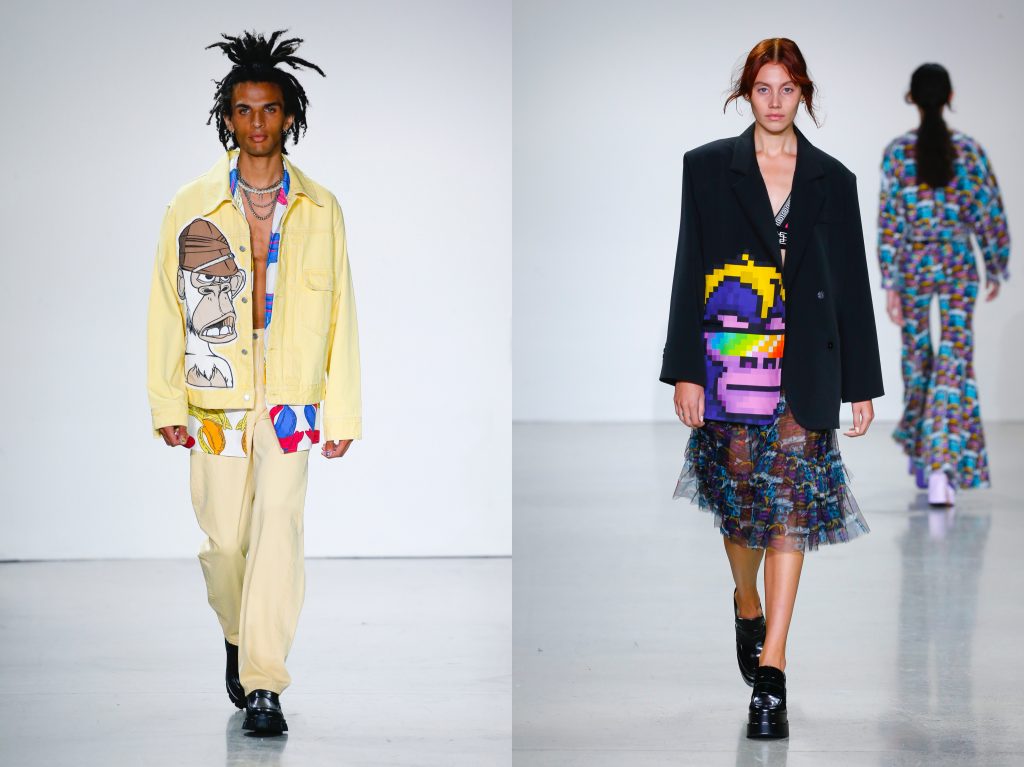 “‘NFT, cryptocurrency, DAO,’ it’s like jazz music; either you get it, or you don’t,” starts Vivienne Tam’s New York Fashion Week SS23 show release. “Emerging from the world of gamers and young men, a new vocabulary is emerging, rewiring the current fashion landscape as we previously knew it.”

That “vocabulary” often nods to the potential of Web3, estimated to be around $8-13 trillion (56-91 trillion RMB) by 2030, according to major investment banks like Goldman Sachs, Citibank, and Morgan Stanley. The latter estimates that NFTs and metaverse gaming alone could represent a $50 billion (350 billion RMB) opportunity in the luxury market (a 10% of total revenue). It’s no wonder that fashion brands small and large alike are rushing to cast off into these new waters.

Bridging the virtual world with the material realm, Tam sews, embroiders, and prints PFPs and avatars onto her outfits from some of the most iconic blue chip NFT sets. Image Courtesy of Vivienne Tam

Bridging the virtual world with the material realm, Tam sews, embroiders, and prints PFPs and avatars onto her outfits from some of the most iconic blue chip NFT sets — in a collection that blends genders and generations. Ubiquitous characters from the Yuga Labs umbrella (Bored Ape Yacht Club and CryptoPunks), CyberKongz, and Awkward Astronauts all make an appearance. With streetwear casuals, unisex designs, and plenty of denim and mesh in silhouettes that naturally appeal to Gen Z, Tam is rolling out a fresh perspective on crypto art. She’s also one of the powerhouse designers participating in the CFDA’s 60th anniversary NFT activations, where she will be creating digital designs for the blockchain tokens.

“The metaverse also needs a physical component and the older generations need the younger ones to help show us new things and new opportunities,” says Tam. “We can share both ways. The past, present, and future can learn from each other. I see the Vivienne Tam brand as being the bridge between the two worlds: old world, new world; physical world, virtual world.”

Combining NFT visuals with Tam’s own renowned Asia-inspired feminine looks could have proved a challenge. But a love of “vibrant colors and textures” and the ability to “rethink these NFTs into patterns in new ways” instigated a method of “incorporating my Chinese-ness with imagery and ideas like the use of mahjong as a parallel to the NFT industry. They are very similar in the sense that they are both about skill and strategy.”

Citing metrics of men vs women CEOs in the industry, the Hong Kong/New York-based designer believes that balance is key to bringing more sustainability to the industry as a whole. “We need balance. FinTech has been primarily driven by a male perspective. Now for this new technology to thrive, we need to bring women’s perspectives to this technology.” 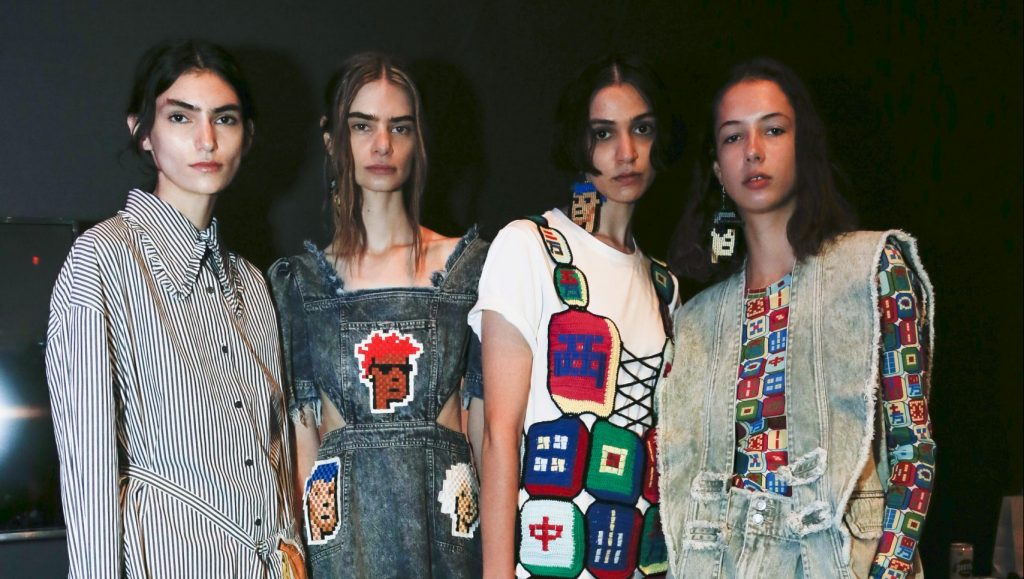 With so many houses — from Gucci and Jimmy Choo to Balenciaga — entering the online space with NFT activations, what opportunities might smaller, independent concerns like Vivienne Tam see? Well, there’s the promise of things to come, new target audiences, and ownership transparency. And despite Web3 fashion being in its early stages, as Tam argues, “if you want to be successful you must build the bridge to the future.”

Her global customers will be excited by this latest IRL foray into future fashion. Her label has been in flux of late: previous outings have seen Tam venture into unisex clothing for the first time as well as a recalibration towards wellness and nature. This season, however, steps it up a notch.

“My SS23 collection is looking at the metaverse — past, present, and future,” Tam adds. “We need imagination and creativity, we need both the physical and the virtual to complete ourselves. We need better balance in the world. I hope my customers can appreciate that.”

LVMH Without Virgil: How The Conglomerate Can Speak To A New Generation | Jing Daily