What Fashion Month Taught Us About Collaboration | Jing Daily 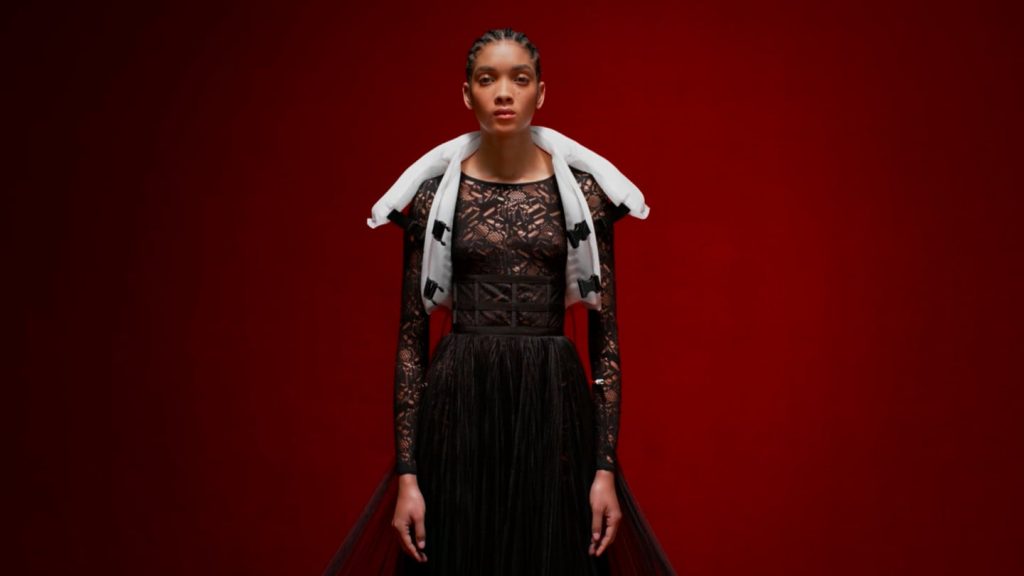 What Fashion Month Taught Us About Collaboration | Jing Daily

The Fall/Winter 2022 season of shows has proven how internet-breaking collaborations continue to bring fashion to the forefront of popular culture, with Burberry x Supreme and Gucci x adidas flooding everyone’s feeds.

Becoming the trending topic on social media, in the West and in China, remains a primary goal for luxury; collections are therefore increasingly being aimed at the wider public of non-fashion consumers. As a result, sportswear collaborations dominated the catwalk: from emerging talents colliding with big names like Robyn Lynch x Columbia, to established houses such as Roksanda and Fila joining together, and MM6 Margiela partnering with Salomon. Chinese designer Feng Chen Wang was sure to display her 2022 Beijing Olympic uniform at the F/W22 presentation too.

Fashion and culture journalist Eugene Rabkin explained to Jing Collabs & Drops, “All collaborations are about creating a media, and hence a brand awareness moment.” He emphasized that the sale is not a primary motivation when it comes to luxury collaborations, stating that it is ultimately always the marketing activity.

Though sports-fashion crossovers might have proven their promotional worth, many designers tapped into the cultural capital and fanbases of artists, whereas others, like Dior and Chinese womenswear label ANNAKIKI, strove for disruptive innovation through tech partnerships. As always, companies also utilized external partners for products that they cannot necessarily create to the same level internally, such as the Rick Owens x Aesop line (dropping on March 21), or the leather pumpkins at Loewe’s show designed by British artist Anthea Hamilton.

With StockX reporting a 200 percent increase in collaborations from 2019 to 2021, F/W22 proved that growth is staying consistent. In discussion with fashion critic Eugene Rabkin and High Fashion Talk’s Iolo Edwards, here are the collaboration trends of the season — and three leading examples of each.

Just as Rabkin described Gucci x adidas, sportswear collaborations enable institutions to reach an audience which might not be comfortable shopping high fashion. He said, “I find it strange that the fashion industry in the past five years has decided the young, hype consumer is the target audience. Last I checked, older people have much more money.”

And Palm Angels’ tie-dye Moonboots exemplified that Gen Z motivation — one of the demographic’s trending footwear favorites right now — with global shopping app Lyst reporting that searches for both establishments increased 18 percent and 21 percent respectively in the week following the Milan show.

MM6 Maison Margiela x Salomon also proved the advertorial appeal of sportswear, with searches for the French sports make increasing 71 percent and those for MM6 jumping 59 percent just 48 hours after the reveal.

One scour of the internet around the date of the Gucci x adidas collection was enough to prove just how viral that went. Yet, Edwards argued that it was exceptionally clever in terms of the actual design: “It took notice of what customers wanted from a collaboration. The two brands cross over in terms of the products that they produce; some of Gucci’s best-selling items are tracksuits that look very much like adidas in luxury fabrication. There is a shared reference point of this non-specific nostalgia earned by adidas through its integral positioning in these key moments; early hip hop, B-Boys, ‘70s rock stars, etc, which are also key reference points for Alessandro’s designs at Gucci.”

Still largely irrelevant to Chinese consumers, Dolce & Gabbana joined with Drew House (of Justin Bieber fame) cartoon designer Gianpiero D’Alessandro. Edwards saw it as a push for the label to have a place in pop culture: “In the age of social media, the brand understands that money isn’t in the avant-garde, but in the mainstream with the most followers. When considering how art can reach the masses, naturally the artist selection would be one associated with one of the world’s biggest pop stars. With the growth and hype around NFTs there is a strong emphasis in art to build communities and followings, often engaging young people in art for the first time.”

NFTs and AI are yet to take over fashion month to the extent that some might have predicted, but there were still a few high-tech reveals. Taiwanese designer Jenn Lee launched a virtual reality game in partnership with Renovatio Pictures as part of her digital presentation at London Fashion Week, placing physical pieces in her own virtual world and giving consumers the opportunity to see them on real people at the same time.

Taking the extreme-weather outerwear trend up a notch, Dior’s collaboration with Dynamic Autonomy and D-AIR LAB innovated with wearable technology. Rabkin noted that this reflected a very contemporary way of dressing, because “it’s marrying aesthetics and functionality.” According to Lyst, following Dior’s show, the “techwear” theme left shoppers wanting more, reporting that motorcycle gloves were up 50 percent and matching jackets jumped 41 percent within seven days.

Edwards, on the other hand, pointed out the irony that fashion is so behind the curve when it comes to technology: late to embrace social media, now clambering for relevance in the metaverse — with NFT progressions such as ANNAKIKI joining digital haute couture lab supramolecule.lab to release her virtual collection at Milan Fashion Week.

He continued, “Collaboration is a key element in how smaller brands should go forward with entering the metaverse; the tech expertise can be brought in but also, as a collaboration, the business associates the authenticity of key players in tech with their own reputation and values, immediately starting with a greater level of respect in the Web 3.0 culture. Overall, fashion’s issue with tech is not knowing how to deal with it, which has resulted in them ignoring it rather than finding solutions through which to participate in developments which will most probably benefit them and, ultimately, will happen regardless.”

For more analysis on the latest collaborations, sign up for the Collabs and Drops newsletter here.