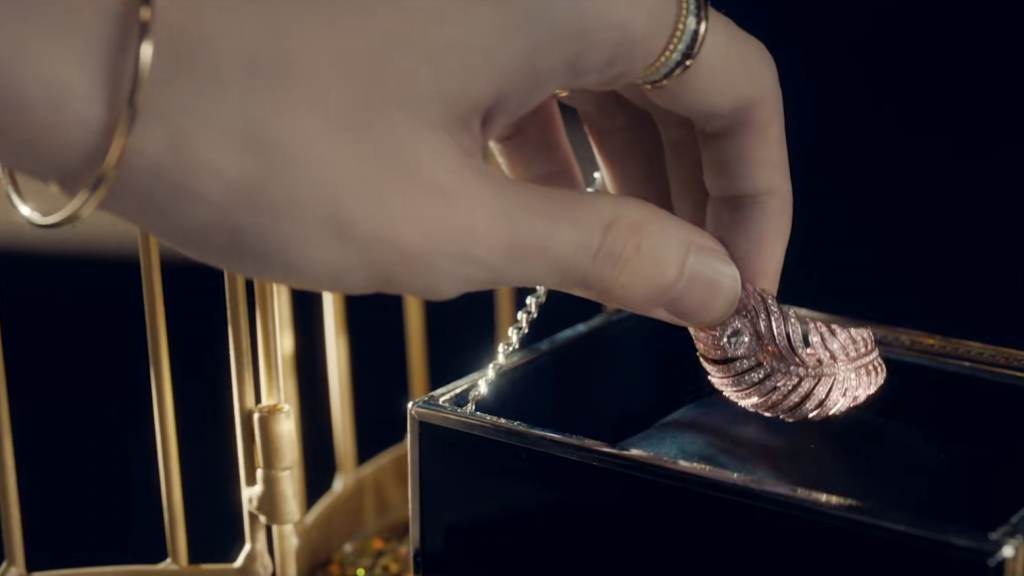 July 24 marks the birthday of Charlie Su, the male protagonist of the Chinese otome mobile game (referring to mobile games designed for women) “Light and Night” produced by Tencent. On the day, French luxury jewelry house Boucheron announced its joint project with the title, rolling out a dedicated video to celebrate his birthday.

With Su’s character being a dark phoenix, the two parties launched bird protection related initiatives in collaboration with Shandong Yellow River Delta National Nature Reserve. In the one-minute campaign video, Su tells of the importance of bird and animal protection and shares his understanding of love and freedom in addition to presenting jewelry pieces from Boucheron’s feather-shaped Plume de Paon collections.

The campaign video posted by the “Light and Night” official Weibo account has received over 4.4 million views, with 135,000 impressions from the game’s players. According to the comments, the players see the male protagonist as a “real” person, and even a partner in their life. However, distinct from brands’ celebrity endorsements, the partnership with the game has not really driven sales, and some Weibo users commented that the prices of the featured products are too expensive.

Kering-owned Boucheron has built stronger brand awareness in the Chinese market thanks to education on its house legacy through celebrity endorsements and branding initiatives like the “La Maison Boucheron” exhibition in Shanghai last year. According to Kering’s financial results for the first half of 2022 published last month, Boucheron recorded “very solid performance” in the period, though detailed numbers were not disclosed.

For its first-ever partnership with a mobile game, Boucheron communicated with its followers in a prudent manner. Instead of uploading the campaign video directly to its social channels, the brand opted to repost it from the mobile game’s Weibo. Still, the collaboration marks a bold move in the legacy house’s localization strategy.

HUBLOT LAUNCHES ITS FIRST COLLABORATION WITH THE LUXURY RETAILER, WATCHES OF SWITZERLAND